In a touching twist to the traditional story of homecoming king and queen, three teenage nominees at a Tennessee high 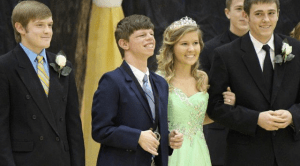 In a touching twist to the traditional story of homecoming king and queen, three teenage nominees at a Tennessee high school pledged to offer the award to a classmate with a genetic condition if they won.

The students—Jesse Cooper, Drew Gibbs, and Zeke Grissom—were each in the running for homecoming king at Community High School, but collectively they felt the honor should go to Scotty Maloney, a junior with Williams Syndrome. Maloney is popular around the halls and known for his gregariousness, a positive personality trait associated with the disorder. The boys felt that Maloney should share in such a hallmark high school experience.

Although Cooper won the popular vote for homecoming king, the nominees followed through on their promise and Maloney received a standing ovation as he accepted the title. Next year, he will have the honor of crowning a new king; in the meantime, he still hasn’t taken off his medal. 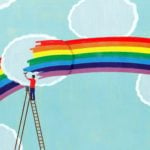