9 Adorable Groundhog Facts You Need to Know on Groundhog Day

How Bill Murray nearly went to court for a groundhog, a recipe for bootlegged "groundhog punch," and more. 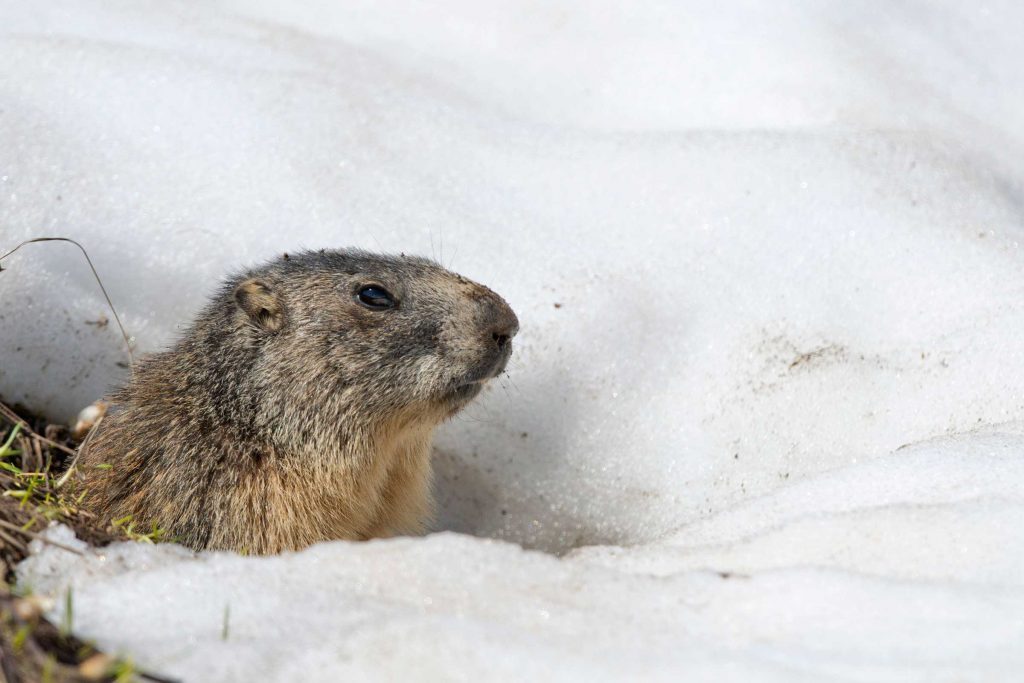 If you can’t find yourself a groundhog to ogle this February 2nd, simply step outside and recite this old English rhyme:

If Candlemas be fair and bright,
Come, Winter, have another flight;
If Candlemas brings clouds and rain,
Go Winter, and come not again.

It’s an olde knight’s tale that the weather on Candelmas (a.k.a. Crepe Day, Groundhog Day, and February 2nd) will be the exact opposite of the weather six weeks hence—yet somehow, centuries later, a few lines of scientifically suspect verse remain the basis of an annual holiday. How did Candelmas result in our modern Groundhog Day? What did Punxsutawney Phil, famous rodent prophet of Gobbler’s Knob, do to become a national icon and film star? Is Phil single? Read the furry, fascinating answers to these and learn other mind-blowing facts about Groundhog Day.


The myth of Groundhog Day is essentially a cuter version of the rhyme above. If a groundhog sees its shadow on February 2nd, winter will last another six weeks. And while Punxsutawney Phil’s handlers maintain 100 percent accuracy in his seasonal predictions, the numbers tell a different story. Stormfax calculated that Phil has seen a 39 percent forecasting success rate since 1887. According to a Canadian groundhog study, this is just 2 percent higher than the average success rate of 37 percent (the most accurate hog-nosticators in their study residing in Yellowknife, Canada, with a 50 percent accuracy). In other words, a gambling man would be better off flipping a coin.

2. Groundhogs DO Have One Secret Talent, Though

What do groundhogs have in common with sleazy construction workers? They both whistle at potential mates. It’s because of this odd adaptation that groundhogs are also known as “whistle-pigs,” and lecherous day laborers known simply as “pigs.” These animal facts about jellyfish will freak you out.

3. Groundhog Day Could Have Been Badger Day

Modern Groundhog Day evolved from Europe’s Candelmas Day, a celebration of light both literal (the days are growing longer) and religious (Candelmas invokes baby Jesus’ first visit to the Temple in Jerusalem). About halfway between the Winter and Spring Solstices, Candelmas has long been a day of seasonal speculation, though the designated animal weatherman varies from culture to culture. Medieval cults favored bears, holding parties by their dens, gussied up in grizzly costumes and waiting for a bear to lumber out from hibernation and check the weather. English and German Catholics celebrated a similar tradition with sacred badgers. When badgers proved hard to come by for Pennsylvania’s German settlers in the early 1800s, colonists adapted their old-country tradition to an abundant New World animal: the groundhog.

4. You’re Not Supposed to Eat The Groundhog… Anymore

On February 2, 1886, the Punxsutawney Spirit newspaper declared the first official Groundhog Day celebration, hosted by a group of town elders dubbed The Groundhog Club. For this club, marmots were more than furry meteorologists: They were a delicacy. In addition to their Groundhog Day ceremony, the Club also hosted a summertime groundhog hunt and picnic. On the menu: cooked groundhog meat (described by locals as “a cross between pork and chicken”), and something called “groundhog punch,” a combination of vodka, milk, eggs, orange juice “and other ingredients.” For a time, marmot meat was the regional cuisine.

That began to change in 1887, when a groundhog named Punxsutawney Phil was born. To hear his handlers tell it, he has evaded the dinner plate for 129 years and counting.

5. Punxsutawney Phil Is as Immortal as Bill Murray (Allegedly)

A typical groundhog will live 6 to 8 years in the wild. Punxsutawney Phil, the official groundhog of America’s largest Groundhog Day celebration (and co-star in the hit movie Groundhog Day), has been alive since, uh, 1887. Or, so his website says. To what does Phil owe his impossibly impressive 129 years? A magical elixir called, yet again, “groundhog punch”—presumably, not the same recipe of vodka and eggs that its original authors quaffed. According to the lorekeepers of the modern Punxsutawney Groundhog Club, Phil is fed a single sip of groundhog punch every summer, instantly granting him another seven years of life. (In other words, the opposite of vodka.)

6. What Does an Immortal Marmot do for Fun? Drink and Read.

Phil has seen a lot in the past century, and he is less sheltered than you’d expect from someone who literally lives with his head in the ground. During Prohibition, for example, Phil publicly threatened to impose 60 weeks of additional winter if he wasn’t allowed a drink. Phil has cooled down significantly these days. For that, we can likely thank his wife, Phyllis. Together, Phil and Phyllis enjoy a quiet life together at the Punxsutawney Memorial Library where they live during the 364 days not spent looking for their shadows.

While Gobbler’s Knob saw its share of tourism every Groundhog Day since the tradition began, actor Bill Murray truly put it on the map. Following the 1993 release of Columbia Pictures’ Groundhog Day, starring Bill and Phil, Gobbler’s Knob started seeing crowds as large as 35,000 people (for comparison, the population of Punxsutawney at the time was less than 7,000). Two years later, Phil was invited as a guest on The Oprah Winfrey Show.

8. Bill Murray and Andie MacDowell Had Phil’s Back in Court (Or, Would Have)

In a 2013 news story barely discernible from The Onion, an Ohio lawyer demanded that Punxsutawney Phil pay for a fraudulent weather prediction—with his life. “On or about February 2, 2013, at Gobbler’s Knob, Punxsutawney Phil did purposely, and with prior calculation and design, cause the people to believe that Spring would come early,” Ohio prosecutor Michael Gmoser wrote in a cheeky open letter. “Contrary to the Groundhog day report, a snowstorm and record low temperatures have been and are predicted to continue in the near future, which constitutes the offense of MISREPRESENTATION OF EARLY SPRING, an Unclassified Felony, and against the peace and dignity of the State Of Ohio.”

The punishment for this crime? “The death penalty.”

Absurdly, the saga continued when a Pennsylvania law firm openly responded to Gmoser, arguing that the Ohio attorney had no authority to prosecute in Punxsutawney. Furthermore, Phil had a formidable team of character witnesses behind him, as starring in Groundhog Day helped Phil forge “lifelong and loyal friendships with the lesser supporting cast including Bill Murray, Andie MacDowell and Chris Elliot,” the firm wrote. “It is believed that Punxsutawney Phil has already been in contact with Mr. Murray, Ms. MacDowell, and Mr. Elliot, all of whom allegedly pledged to ‘have his back’ should legal action be necessary.” (Unfortunately, it wasn’t.)

We’ve come a long way from eating groundhogs, but their safety is still not guaranteed. On Groundhog Day 2014, New York City mayor Bill de Blasio accidentally dropped Staten Island groundhog Charlotte, resulting in internal injuries that killed her a week later. In 1999, Canadian groundhog celebrity Wiarton Willie died the Sunday prior to Groundhog Day, but the news was scandalously withheld until February 3. Stories like these, compounded by the increasingly large crowds at Gobbler’s Knob, prompted PETA in 2010 to suggest an alternative: replace Punxsutawney Phil with a robot groundhog.

While fears of a cyber-marmot uprising fill your head, consider Washington D.C.’s cheaper solution: Potomac Phil, their anointed groundhog since 2014, is a taxidermied thrift shop purchase. 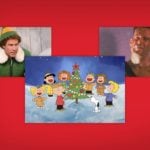