Wow! This Dad Made Handmade Guitars for His Whole Family for Christmas

The living room was filled with strumming guitars and grateful hearts as they admired their keepsakes. 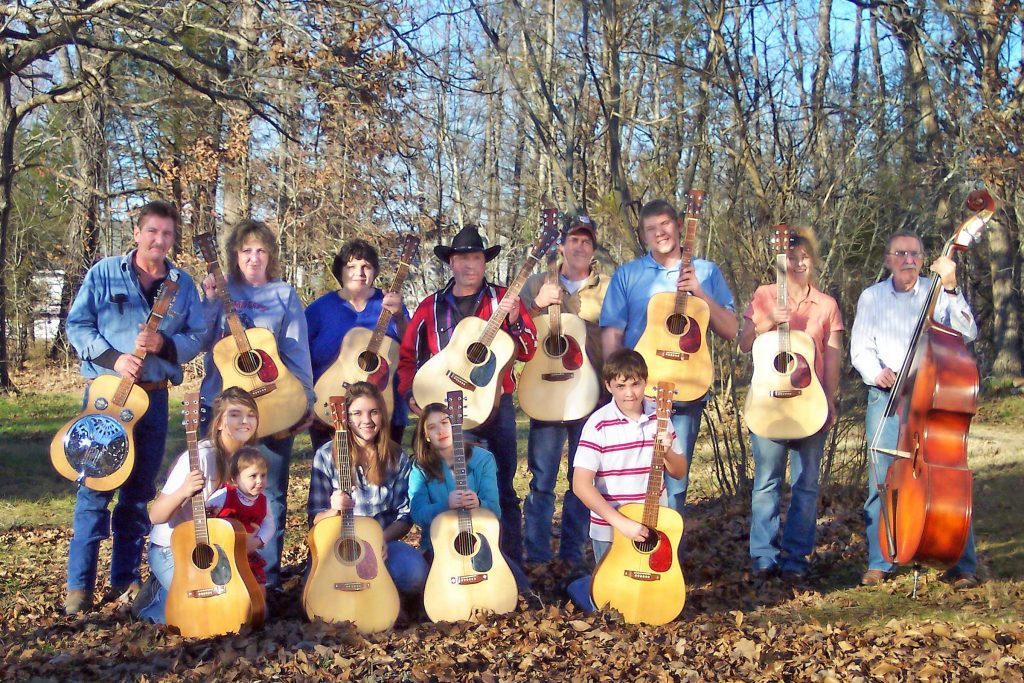 Christmas Eve 2007 was an unforgettable day for our family. It was the day my dad, Leon Royal of Evening Shade, Arkansas, gave each of us one of his handmade acoustic guitars—14 in all for his three children, their spouses and eight grandchildren.

The living room was filled with guitars and grateful hearts. Some of us were strumming. Some of us were just taking in the beauty of the instruments he’d crafted from different woods in various patterns and styles.

I am his youngest daughter, and I speak for the whole family when I say that Dad’s guitars are a special gift that money cannot buy.

Seriously. Money cannot buy them. Despite many offers, he has sold very few over the years, preferring to build them for the pure enjoyment of working with wood, his hands and music.

Dad started playing the guitar when he was about 12 years old. His mother and father showed him a few chords and he took it from there, playing along to the old music radio shows.

His grandpa Daniel Barnett had a fiddle that he’d made for himself many years before, which inspired Dad to build his first guitar in 1972. He won’t even guess at how many guitars he has made since then. 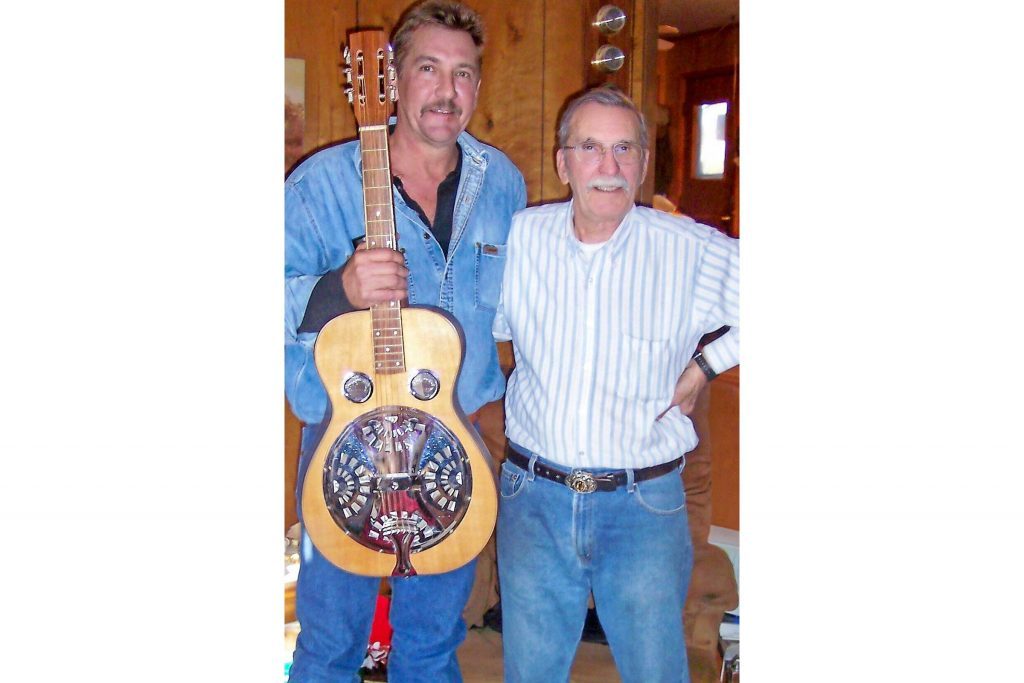 When Dad was raising a family, he only had time to build about one a year. The work goes faster now than when he had three children underfoot in his workshop, he says. Since retiring from the U.S. Postal Service, he’s averaged six to eight a year.

Guitars aren’t his only handcrafted masterpieces. He has also built mountain dulcimers, hammered dulcimers and dobros. He’s even tried his hand at building electric guitars. While he enjoys building the electronics that go into the electric kind, he prefers the pure sound of his flat-top guitars.

Dad is a perfectionist. He wants his guitars to be beautiful and well made, with a sound that’s “just right.” A true craftsman, he made the molds, forms, work boards and jigs that he uses to build his guitars. He hand carves the notched bracing inside the body and uses small chisels to work in the inlays that embellish the outside.

One day I asked Dad why he decided to give so many guitars away to us instead of selling them. In his modest and quiet way he replied, “I just want my family to have a keepsake.”