Happy Birthday to the Invention That Changed Music Forever

How do musical instruments talk to one another in an electronic age? They use MIDI—the Musical Instrument Digital Interface—a communication 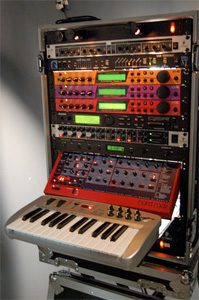 How do musical instruments talk to one another in an electronic age? They use MIDI—the Musical Instrument Digital Interface—a communication standard that was established back in 1983 but maintains relevance to this day. This fairly complicated but thorough history on The Verge website may help you understand MIDI’s overall significance: As explained by writer Alex Dunbar, “with MIDI, musicians with little or no experience with musical notation can construct and playback elaborate arrangements.”

What does this all mean? Basically, before MIDI, there wasn’t a way for instruments to talk to computers—or for electronic synthesizers to reliably hook up to one another. After MIDI’s invention, artists could layer complex music on a computer, which transformed the industry. For example: Academy Award-winning musician Trent Reznor made Pretty Hate Machine, Nine Inch Nails’ debut album that would sell millions, using basic MIDI gear.

Today, MIDI’s applications are more diverse than ever. In 2007, Wired reported on a Philadelphia man who made a MIDI ironing board—”When it’s wired up directly to a synthesizer, it’s kind of like a bunch of musicians jamming on a dark, foggy night—different sounds fade in and out as the various regions of the board heat up and cool down again.” And prototype MIDI jackets have been created, meaning you might soon create music just by moving.

Not bad for 30, huh? For more on the basic workings of MIDI, check out this old-but-good breakdown on Synthman.com.

3 Signs Your Streaming Accounts Have Been Hacked