Jackie Heinricher’s love affair with bamboo started in her backyard. “As a child, I remember playing among the golden bamboo

Jackie Heinricher’s love affair with bamboo started in her backyard. “As a child, I remember playing among the golden bamboo my dad had planted, and when there was a breeze, the bamboos sounded incredibly musical. It was my magic fort area.”

A fisheries biologist by training, Heinricher, 47, planned to work in the salmon industry in Seattle, where she lived with her husband, Guy Thornburgh, but she found it too competitive. Her garden gave her the idea for a business: She’d planted 20 bamboo groves on their seven-acre farm and had had some success propagating noninvasive clumping bamboos-the ones for small gardens (not the notorious runners that grow two inches an hour and take over the landscape).

Heinricher started Boo-Shoot Gardens in 1998. She realized early on what is just now beginning to dawn on the rest of the world: Bamboo is incredibly versatile as well as very earth-friendly. It can be used to make fishing poles, skateboards, buildings, furniture, floors, and even clothing and bed linens (the fabric is as soft as silk). An added bonus: Bamboo absorbs four times as much carbon dioxide as a stand of hardwood trees and releases 35 percent more oxygen. If Heinricher could use her green thumb to advance a green cause, even better.

First she had to find a way to mass-produce the plants—a tough task, since bamboo flowers create seed only once every 50 to 100 years. And dividing a bamboo plant frequently kills it.

Heinricher appealed to Randy Burr, a tissue culture expert, to help her. “People kept telling us we’d never figure it out,” says Heinricher. “Others had worked on it for 27 years! I believed in what we were doing, though, so I just kept going.”

She was right to feel a sense of urgency. Bamboo forests are being rapidly depleted, and a United Nations report showed that even though bamboo is highly renewable, as many as half of the world’s species are threatened with extinction. Heinricher knew that bamboo could make a significant impact on carbon emissions and world economies, but only if massive numbers could be produced. And that’s just what she and Burr figured out after nine years of experiments—a way to grow millions of plants. By placing sterilized cuttings in test tubes with salts, vitamins, plant hormones, and seaweed gel, they got the plants to sprout and then raised them in soil in greenhouses.

Not long after it cracked the code, Burr’s lab hit financial difficulties. Heinricher had no experience running a tissue culture operation, but she wasn’t prepared to quit. So she bought the lab. “It was a scary leap,” she says. “I went from 5 employees to 55 [including Burr]. I didn’t sleep much. Changing hats overnight was a lesson in boot camp management. Sometimes I wonder how I got here.”

Today Heinricher heads up a profitable multimillion-dollar company, working on species from all over the world and selling them to wholesalers. “If you want to farm bamboo, it’s hard to do without the plantlets, and that’s what we have,” she says.

Her challenge now is to ramp up production to meet demand. That costs money. Heinricher is looking at ways to bring in investors.

“We are at the epicenter of an amazing moment,” she says. “I spend a lot of time deciding where to put my focus: Supporting manufacturers of bamboo products? Selling plants to gardeners? Breeding more varieties? Educating farmers about the economic and environmental value of bamboo forests? Or persuading legislators to line their highways with bamboo for carbon mitigation?”

Now that Heinricher can grow millions of plants, all of that-and more-is possible.

Getting Ahead with Jackie Heinricher
What is the smartest thing you’ve done while running the company?
There was so much opposition to planting bamboo. My neighbors complained about my own garden! People thought I’d gone off some deep end professionally. I’ve faced lots of naysayers every step of the way. My first loan—you can imagine what the bank thought. First there was a moment of shock, and then laughter! Deep down I wonder if it was because I am five-two and wear jeans. I’m an unlikely CEO of a very unlikely company.

Why did you succeed where others had failed?
Recognizing that the plant wouldn’t be produced any other way [unless we did it ourselves] was an important insight.

Who helped you the most?
My husband, Guy. When I mentioned the opportunity to buy the lab, he had a plan the next day for how it could work. Having someone say, Here is how the road is paved—that was just wonderful. “No guts, no glory” is what Guy says even when I’m having a fit about something. He never lets me doubt myself.

What’s your biggest weakness?
Guy thinks I should be more concerned about the bottom line than about saving the world. I have to be reminded to focus on the things that keep the lights on.

Where would you most like to see bamboo growing?
There’s a pilot project in the Mississippi Delta, an economically depressed region. They could plant moso, the 100-foot-tall bamboo used to produce textiles and flooring. I’ve met with an economic development group, landowners, and investors. That project really arouses my compassion.

What do you grow in your home garden?
Our garden is really a park, with about 160 species of bamboo mixed with perennials and trees and all kinds of wonderful plants. I’m very proud that I’m sequestering carbon dioxide-enough to offset our carbon footprints for a lifetime. 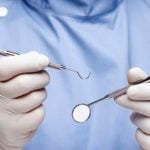