If Oatmeal Could Talk, Here’s What It Would Tell You

Here's how this weed grew into a health hero. 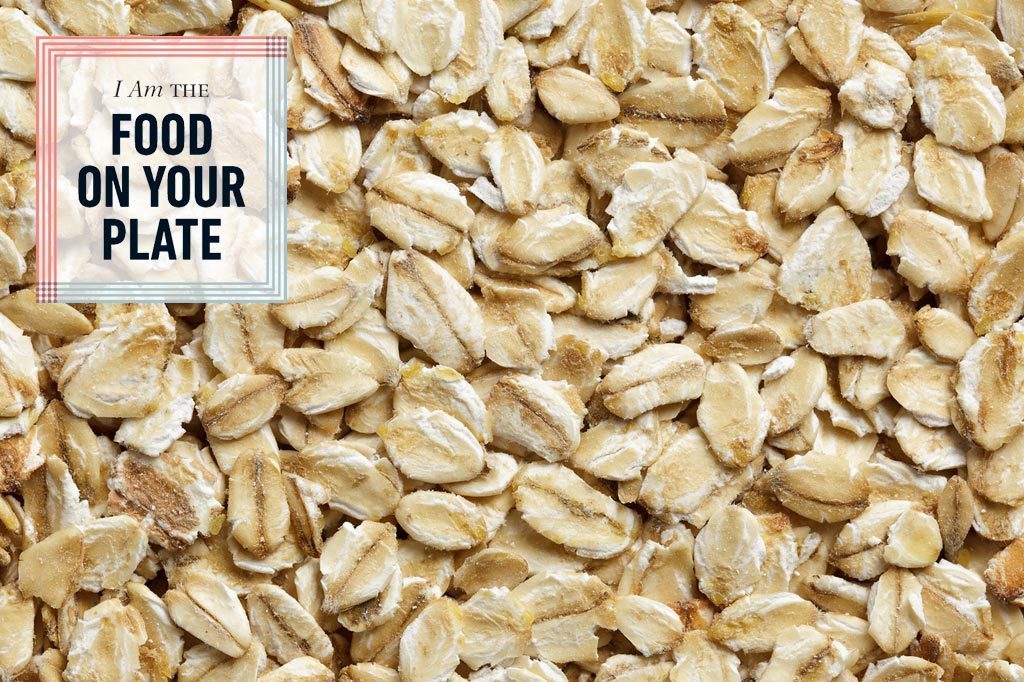 “Oats. A grain, which in England is generally given to horses, but in Scotland supports the people.” —A Dictionary of the English Language by Samuel Johnson (1755)

That, if you can believe it, is how the venerable Dr. Johnson, in what was the language’s guiding reference until the appearance of The Oxford English Dictionary 173 years later, chose to define me. Me! Ouch. But that was then, when Scotland was indeed among the only places where humans fed on me. Thankfully for me, and for your cholesterol ratios, I’ve come a long way in the 264 years since. And the famed Englishman’s dig at both me and the Scots now looks as foolish as his word for a burp of undigested meat. (For the record, the word is nidorosity.)

It has been a wild ride, and from inauspicious roots. I began as a seed that grew in pods at the tops of towering, five-foot-tall weeds called green oat grasses, which littered the wheat and barley fields of yore. About a century after Dr. Johnson’s diss, a German immigrant grocer in Akron, Ohio, by the name of Ferdinand Schumacher ­realized—long after the Scots had—that once removed from my hull, chopped, and cooked, I made a fine cereal. To process me, he figured out how to steam and roll me flat so that I could be cooked more quickly. Then he experimented with selling me in his small store.

At first, shoppers were resistant. But when the Civil War broke out and the Union started buying me to feed its soldiers, demand went crazy. My reputation as an affordable, healthy, stick-to-your-ribs food for humans took hold. Schumacher, who came to be called the Oatmeal King, founded the German Mills American Cereal Company to (barely) keep up with demand, and suddenly this weed became a very viable crop. Check out more surprising stories about the origins of your favorite foods.

In 1877, the U.S. Patent Office received a request for the first trademarked breakfast cereal, represented by “a figure of a man in ‘Quaker garb,’” chosen, according to the owners at the time, to signify honesty and good quality. That new brand, Quaker Oats, would eventually merge with Schu­macher’s company to become the American behemoth that today can process up to 3.6 million pounds of little old me every day.

Any shopper knows my familiar versions by name, but it’s a rare consumer who can describe the somewhat confusing differences among them. I will do the honors. When my grains are steamed and rolled into flakes that cook up in a few minutes on the stove (the contents of that iconic canister of Quaker Old Fashioned), I am “rolled oats.” “Instant oatmeal,” meanwhile, is made of extra-small bits of “quick oats,” which are rolled oats that have been steamed and flattened further for faster cooking speed. To produce the chewier “steel-cut,” producers simply chop me into small, cookable pieces with blades or grinding stones, sans the steaming and rolling. Finally, in all my forms, the British call me “porridge,” while what they call “oatmeal” is in fact coarsely ground oat flour. As I said: confusing!

Likewise with the myriad ways I can be served. Back in the United Kingdom, I’m thought of as a savory meal, traditionally prepared with just water, salt, and a little cream or butter—or, in Ireland, brown sugar. In the United States, predictably, I satisfy both your healthy and unhealthy urges. Healthy: In any form, I contain an important type of fiber called beta-glucan, to which some of my cholesterol-lowering powers have been attributed. Heart doctors prefer me steel-cut, since that way I’m slower to digest, don’t spike your blood sugar, and am even more likely to lower your cholesterol. You’ll find my steel-cut grains sold by Bob’s Red Mill, Quaker, and McCann’s. Less healthy: Americans have dessert-ified me via sugary versions filled with maple syrup and the like that put me in a class with the rest of your sweet breakfast foods.

The best way to get a perfect bowl of me has been the subject of a 25-year experiment out of the land of my most loyal eaters. In 1994, the 600-person Scottish village of Carrbridge arranged a competition among cooks in hopes of bringing their tiny town some visitors. Contestants were given 30 minutes to make the best steel-cut oats they could, using nothing more than me and some salt and water. The event was a hit and became, of all things, the World Porridge Making Championship, now attended by the oatmeal champions of the United States, Russia, Finland, and more, all vying for the now-famous Golden Spurtle award. You may have read about it on your bag of Bob’s Red Mill oatmeal; Bob himself was a winner. Get a look at more food facts that may just change the way you eat.

You would think there couldn’t possibly be that many ways to cook a simple grain, but the contest reveals that I have remarkable range. From chewy to juicy to tender, from nutty to carby, it all depends on the quantities of each ingredient, the water, and the cook’s predilections. And yet, one judge reveals that the winners have methods in common: They slowly stirred their oatmeal for the full 30 minutes of the competition, making it velvety. They all boiled me down until I was thick and smooth, finding that my best self has a pourable consistency. Essentially, I should not stick to the spoon or rather the spurtle. Yes, that’s the kitchen tool invented solely for stirring me, pretty much a straight stick and nothing more (but I still delight in its very existence).

Dr. Johnson may not have seen my popularity coming, but I appreciate all signs of how beloved I’ve become. In cities here and in Europe, there are restaurants where all you can order is me with the toppings of your choice. Imagine that. I’m now the headlining ingredient in modern-day eateries, despite having started as a meal fit only for horses. 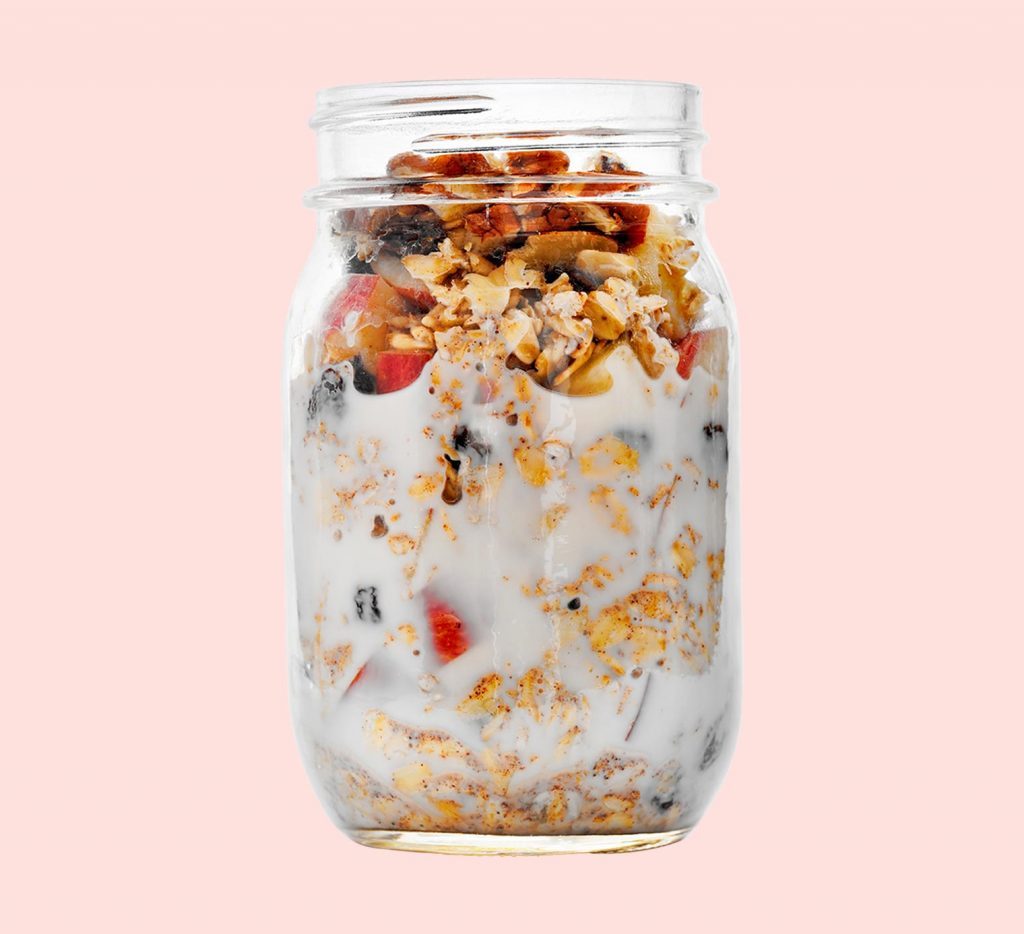 Combine the following in a Mason jar or other small container: ½ cup oats; ½ medium-sized Gala or Honeycrisp apple, chopped; 1 tablespoon raisins; and 1 cup 2% milk. Add a dash of salt and ¼ teaspoon ground cinnamon. Seal container and refrigerate overnight. Give that recipe a try as well as these other 10 tips for delicious overnight oats.