Two Wheels and a Heart: Why Mick Polly is Building Bikes for Needy Kids

He started by fixing one broken bracket. Today, he's given away almost 700 newly constructed bikes to benefit his community. 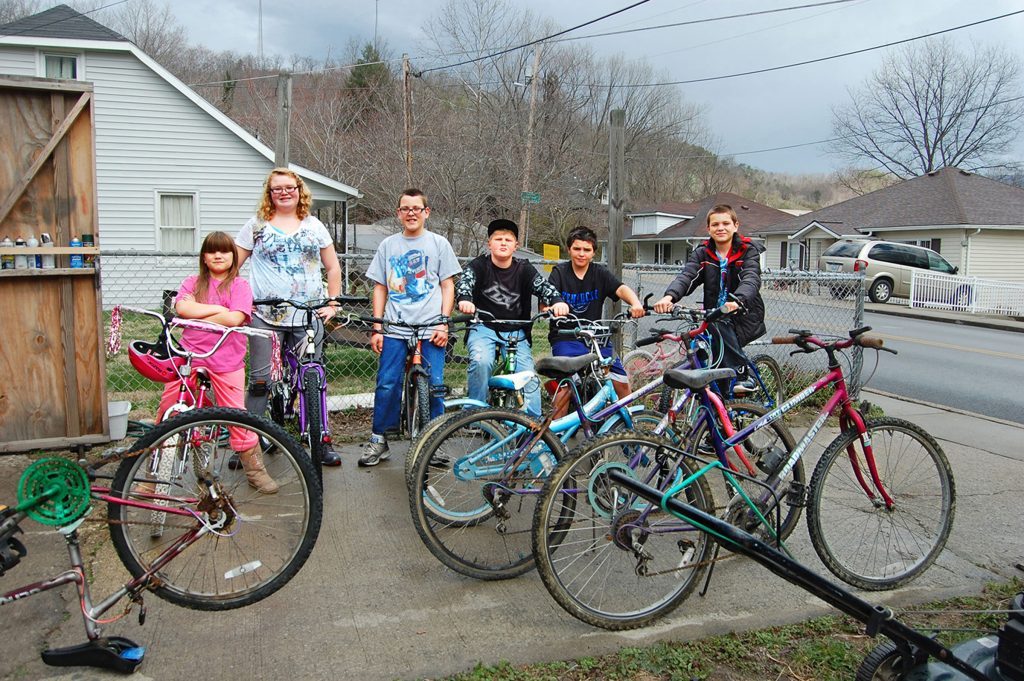 In the close-knit town of Whitesburg, Kentucky, Mick Polly, who lives with his teenage daughter Carolina in a white clapboard house, is known as the bike man. Over the past five years, Mick has built hundreds of bicycles for needy kids.

The boy left his bike, which had a broken bracket, with Mick, who asked friends on Facebook if they had the missing part. The town’s former police chief saw the post and donated two used bicycles. Mick took parts from each to engineer a new set of wheels for the boy.

Soon after, Mick, who owns an inflatable-toys business, repaired a bike for the boy’s brother and assembled one for his sister. Word spread, and within the year, he had fixed up dozens of bikes for local kids whose parents couldn’t afford to buy new ones.

“People were dropping off bikes day and night,” says Mick.

Mick stores the bikes and bike parts in his garage. “I take off the good tires or the handlebars or the seat and use them,” he says.

To date, the bike man has repaired hundreds of cycles and given away nearly 700 newly constructed bikes. They’re free, but the kids must agree to two things: They’ve got to “mind whoever’s raising them,” and they’ve got to try in school.

If a kid’s grades are low, Mick requires a teacher’s note “saying that you’re doing your best,” Mick says.

Mick also hopes the bikes will get kids off the couch. “When I was growing up, we all rode our bikes,” he says. “Hopefully these kids can get some exercise.”