This advice will make you laugh, but you definitely shouldn't follow it. 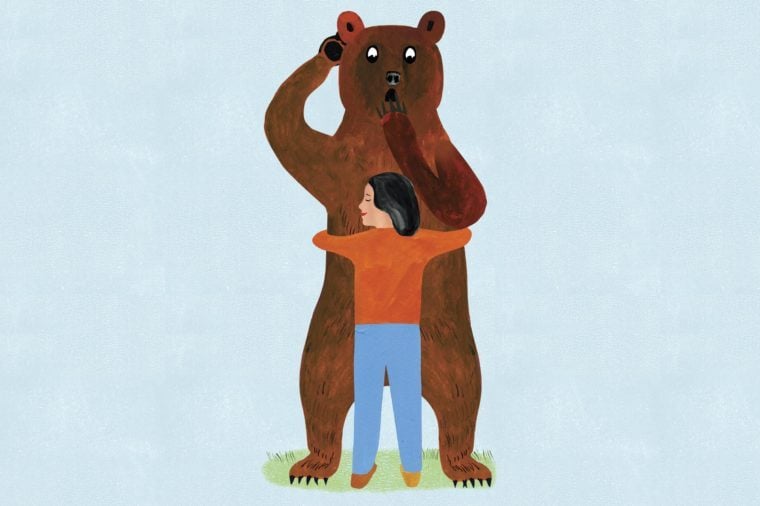 Ellen Weinstein for Reader's Digest“Try to be a rainbow in someone’s cloud.” “Don’t ever take a fence down until you know why it was put up.” “Never ruin an apology with an excuse.”

All excellent words to live by. Sadly, that’s the end of the good counsel on this page. What we present here is advice to avoid at all costs, collected from our readers and elsewhere. Read it, laugh at it, learn from it. But whatever you do, don’t follow it.

“If you see a bear and don’t have time to run away, hug it. Bears cannot scratch their stomachs.” —My no-nonsense grandfather —[email protected]

When I started learning how to drive, my dad, completely serious, said to me, “Always weave a little, and all the other cars will stay away from you.”—Karlen Stephensen Cocoa Beach, Florida 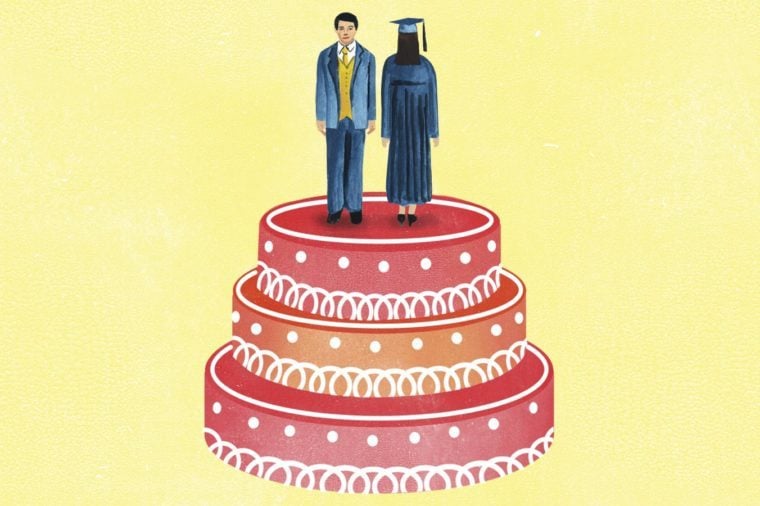 Ellen Weinstein for Reader's DigestI was working as a designer at a small company. One day, I asked my boss what I could do to advance myself. His advice: “Find a rich man and get married.” I had a better idea. I sent my ­résumé out and went back to school. Eight years later, I got an associate’s degree in graphic design and have enjoyed a successful career in mechanical design. So thanks for the bad advice, boss. It lit a fire under me and launched my life. —LuAnn SmithTownsend, Massachusetts

“Stop reading! You read too much; you’re going to hurt your eyes! Go watch TV for a while!” —My grandma, every time she visited —yiuroitu on thoughtcatalog.com

“An internship at the White House will be amazing on your résumé.”—[email protected]

As a young teen, I had terrible acne. A doctor told me that my acne would go away once I married. Presumably, sex would make it disappear. I’m glad we got a second opinion. I didn’t get married until I was 34. —Rick Weaver Woodland Park, Colorado 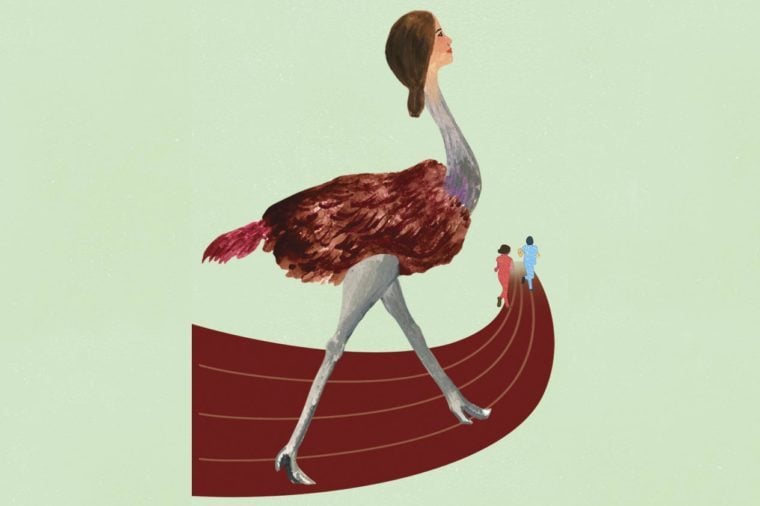 Ellen Weinstein for Reader's DigestAs a six-year-old, I entered the 100-yard dash in my school’s Little Olympics. My 14-year-old brother advised me to run like an ostrich, on my tiptoes, straight-legged. I finished last. —Judy Zdrojewski, Greencastle, Indiana

My husband grew hot peppers in our garden one year. Wanting to dry them out, we asked our Amish friend what to do. She suggested we use the microwave to quicken the process. So we took her suggestion and nuked the peppers. Within seconds, sickening fumes filled the kitchen, driving us out of the house, coughing and gagging. Only later did we stop to wonder why we took the advice to use the microwave from someone who doesn’t use electric appliances. —Andrea Petrokonis, New Providence, Pennsylvania

As a rookie fireman, I was advised by the older firemen to start smoking. They said it would help acclimate my lungs to the smoke in a building fire. —Joe R. Johnson, Santa Maria, California

Figure out your passion 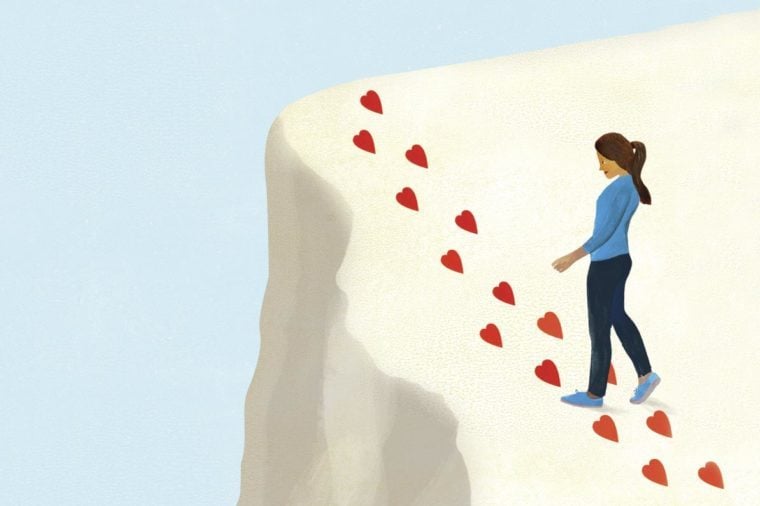 Ellen Weinstein for Reader's Digest“Follow your passion.” This advice sounded great, but it assumed I had some predisposed passion that I was born with. I didn’t. So instead, I spent years searching for my passion, wasting valuable time and money. I didn’t find it, and it left me with heartache. Later on in life I realized that passion isn’t something you’re born with; it’s something you develop. I wish I had been given the advice to “develop your passion.” That would have been a life changer. —James Huntington Seattle, Washington on theladders.com

“You would look great with black hair,” a friend told me. “Let’s dye it.” He did, and I didn’t. Worse, although the color was supposed to wash out, it didn’t. Instead, it turned blue. Dark blue, almost navy blue. Since this was years before punk and dyed hair, I was horrified. Although, who knows, maybe I started a trend. —Indy Fry Duluth, Georgia

In 1984, my sister’s husband worked for GTE servicing small relay stations around Redmond, Washington. He suggested we buy stock in a company that was one of his clients. So I bought 200 shares, as did my mom. We watched the stock go up to around $31 a share, and then drop again. Then it would go back up and drop again. My old accounting professor told the class that if we had a stock that performed that way, it probably would never go higher and we should dump it. So that’s why Mom and I sold our stock in Microsoft at under $31 a share. I never look at what it is today because I don’t want to be sick. —K.W. via rd.com 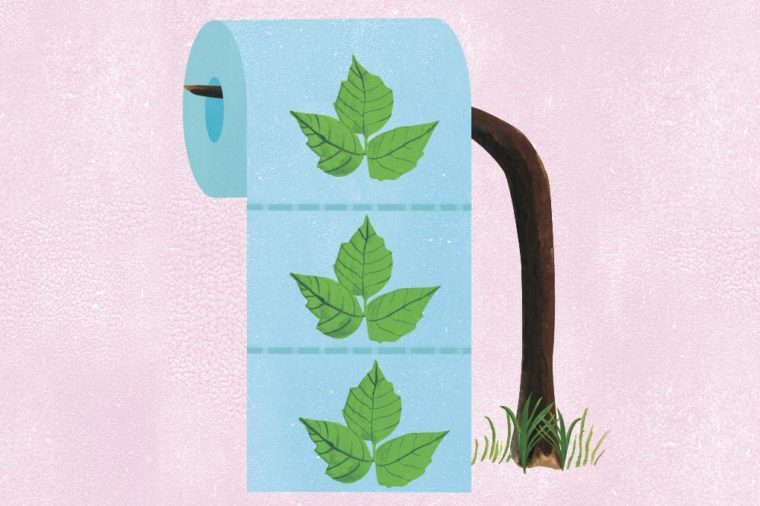 Ellen Weinstein for Reader's DigestWhen I was a Boy Scout, we went camping. My Scout leader said to just use the leaves to wipe. It was poison ivy. —chrisdrewdavis on reddit.com

As my brother left to pilot B-17s in World War II, our worried mother told him to “fly low and slow.” Terrible advice for a pilot leaving for war. —Barbara Fenley Oceanside, California

“Be a Michael, not a Sonny.” My mom gives me this advice every time I want to confront someone. How about I probably shouldn’t behave like any member of the Mafia?! —[email protected]

“Just open another credit card; it’s free money.” That gem came from my friend, who is thousands of dollars in debt and has no idea she will eventually have to pay that off. —BaconAficionado8 on thoughtcatalog.com 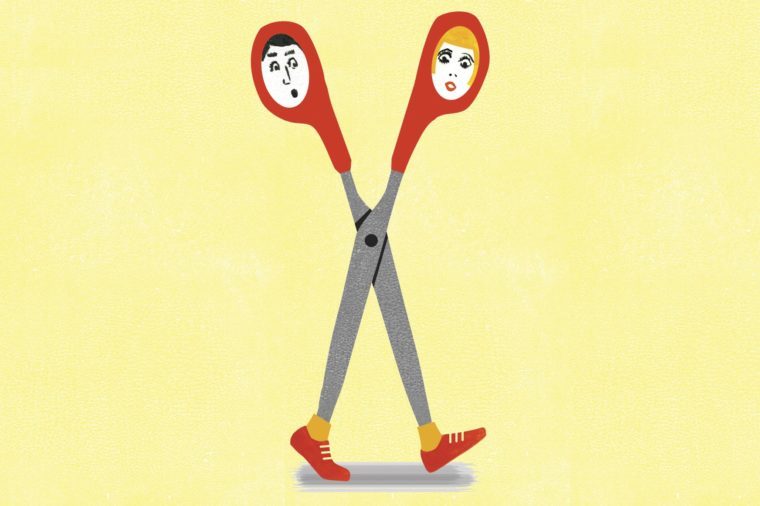 Ellen Weinstein for Reader's DigestTrying to instill a life lesson in our energetic young son, I called out as he ran by, “When you are running with scissors, point them down!” His dad rejoined, “Or just don’t run with scissors.”—Diann Aden Golden, Illinois

I had wanted to earn a doctoral degree for decades and finally saw an opportunity to do so. When my mother heard about it, she said, “Why? You’ll be 50 years old when you complete it!” My dad shot back, “She would be 50 years old anyway. Let’s help the kid get her education!” Thanks to Dad, I’ve had a very rewarding career as a university professor. —Karen Clemons Belton, Texas

Hold out for perfection

When I told an unmarried friend I was engaged, she asked whether my fiancée was perfect. I told the friend she wasn’t. In that case, she told me, don’t get married until you find the perfect person. I ignored my friend and have had 26 years of imperfect but happy marriage so far, with four children who bring me great joy. In the process, I have learned to tolerate imperfections in others. That friend, by the way, is still single. —Brian Champagne, Logan, Utah