The 4-Step Guide to Dealing with Sadness During the Holidays

You can still have an emotionally authentic holiday even if you've got a touch of the winter blues. 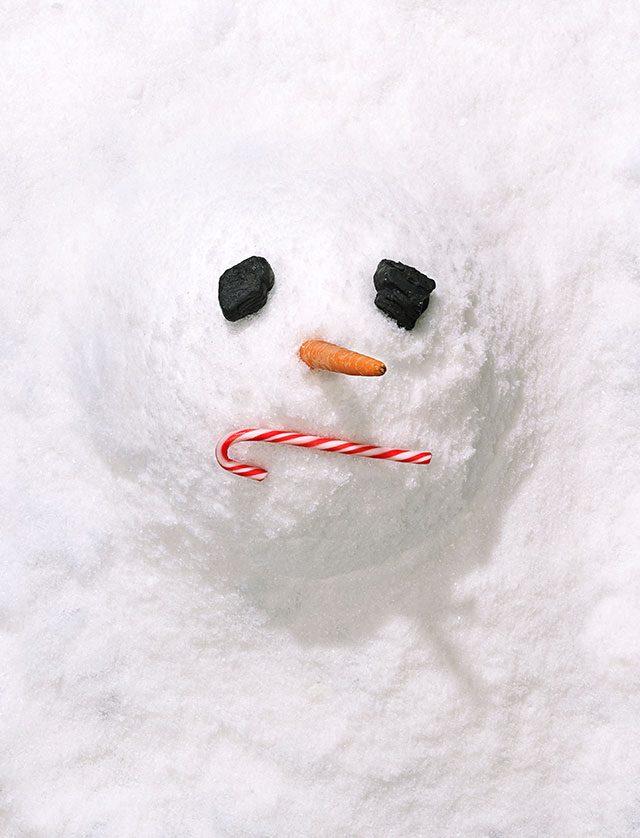 Whoever wrote the song “It’s the Most Wonderful Time of the Year” never had to endure a night of Hanukkah listening to a cousin rail about politics. Or spend an entire Christmas alone while cheers and laughter erupted from the apartment down the hall.

Fortunately, psychological research suggests some effective ways you can beat the holiday blues—and flags some especially unhelpful ones. The upshot is that sadness and other tough emotions are not afflictions that we should try to avoid. Instead, if properly understood, they can help contribute to a healthy—and happy—life.

Here are four strategies to help you craft your own happiness recipe this holiday season (and the rest of your year).

1. Don’t force cheer
At family gatherings with cousins you secretly can’t stand and in-laws who dole out backhanded compliments, it can be tempting to put on a happy face while you seethe inside. Indeed, that might even seem like the most mature response—no drama, no conflict.

But a 2011 study by researchers at Michigan State University and West Point might make you think twice. They followed dozens of bus drivers for two weeks, looking to see when they flashed fake versus genuine smiles at their passengers. The results showed that on days when the drivers tried to put on an act and fake a good mood, their actual moods got worse. This was especially true for women.

And research by Iris Mauss of the University of California, Berkeley, suggests that people who really want to be happy actually derive less happiness from positive experiences, apparently because their expectations are too high. Again and again, trying to force happiness seems to backfire.

2. Don’t suppress sadness
The results of the bus-driver study can be explained by researchers Oliver John of UC Berkeley and James Gross of Stanford University, who found that negative feelings like sadness or anger only intensify when we try to suppress them. That’s because we feel bad about ourselves when our outward appearance contradicts how we truly feel inside. We don’t like to be inauthentic.

What’s more, when we suppress emotions like sadness, we deny them the important function they serve. Sadness can signal that something is distressing us; if we don’t recognize it, we might not take the necessary steps to improve the situation.

Expressing our sadness can also elicit comfort and compassion from those who care about us, strengthening our bonds. By contrast, suppressing our emotions can actually undermine our relationships: A study led by Sanjay Srivastava of the University of Oregon found that college students who bottled up their emotions experienced less social support, felt less close to others, and were less satisfied with their social lives.

3. Respond mindfully
But none of this is to endorse drowning in melancholy or lashing out at our in-laws. Some ways of processing and acting on our emotions are healthier than others. Recently, scientists have been paying special attention to the benefits of mindfulness. When you respond mindfully to an emotional trigger (e.g., overcooking the holiday turkey), you pause rather than reacting. Instead of berating yourself, you simply notice what you’re feeling without judging that response as right or wrong.

Studies suggest that a mindful response to a negative event reduces the amount of sadness we experience, is associated with less depression and anxiety, and may even carry physiological benefits, such as lowering our heart rates. It’s a way to avoid suppressing your emotions without reacting hastily or getting consumed by rumination. Fortunately, research suggests that mindfulness is a skill you can cultivate over time.

4. Enjoy your emotional cocktail
Inevitably, the holidays will bring a mix of highs and lows. Perhaps the most important lesson to keep in mind is that this variety of emotions might be the best thing possible for your overall well-being.

That was the key insight from a study published in 2014 by a team of researchers from Yale University, Harvard Business School, and other institutions spanning four countries. Their survey of more than 37,000 people found that experiencing more “emodiversity”—a greater variety and abundance of emotions—was consistently linked to lower depression. In fact, people with more emodiversity took less medication, visited doctors less frequently, spent fewer days in hospitals, practiced better dietary and exercise habits, and smoked less.

In other words, sadness, anger, and other difficult emotions are like so many other staples of the holidays, from eggnog to office parties: In moderation, they’re nothing to fear. Just make sure you’re balancing them with lighter experiences. And don’t forget to give yourself a break. 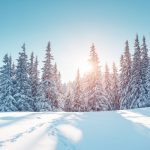 15 Chilling Facts You Never Knew About the Winter Solstice 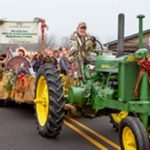 Why This Town’s Featured Christmas Decoration Is a Tractor