It took walking away from a "dream" job and leaving the United States in 2015 for me to finally embrace my Latinidad.

At 25 years old I had found major success in my career as a fashion publicist; I was living in New York City and had just been offered a promotion of director at the branding agency where I worked. The title would come with a six-figure salary. I felt doomed. I knew I’d never be able to walk away from that kind of money if I accepted the job. So, I walked away from it before it was ever mine. Growing up as the child of an Uruguayan immigrant, a salary with so many zeros seemed like a pipe dream.

But, I had to accept that working in fashion wasn’t my life’s purpose. I wanted to contribute to the greater good, not to one of the major polluters of our planet. So, I resigned from my career right before its peak to pursue a life on the road as a digital nomad. It was the best decision I ever made for myself. Traveling has given me a new perspective on my heritage and helped me finally embrace my Latinx identity.

Walking away from a gigantic salary was tough

I knew I had to follow my instinct—after all, it’s my Charrúa ancestors who guide me. I had an overwhelming urge to see the globe, to try every cuisine, get to know every custom, and walk with someone from every culture. I wanted to understand the human experience and find the mundane and phenomenal moments that make us all kindred spirits. When I left the States, I wasn’t worried about leaping into the unknown. I was confident that the perseverance I’d need to survive was passed down to me from my Indigenous ancestors. I’d whisper to myself “Garra Charrúa” which means “to have victory in the face of certain death.”

RELATED: What Is Hispanic Heritage Month—And How Is It Celebrated?

Perhaps you haven’t heard of my kin

I wish I had more information at hand to utilize for the grand introduction they so deserve. The Charrúa are the Indigenous people of the Southern Cone of South America. Most of the natives in what became Uruguay died from disease brought by colonizers. Many of the remaining Charrúas were slaughtered by Fructuoso Rivera, the first Uruguayan president in 1839. Several were taken to Europe for freak shows and a handful of women and children were forced into slavery. They weren’t people who left behind written scriptures or massive structures. My abuela told me her abuelo was one of the Charrúa survivors.

I was brought up in Kansas as an Uruguayan-American in a suburban area that seriously lacked diversity. Special occasions during my childhood were marked with homemade empanadas dipped in zesty chimichurri sauce and ñoquis were enjoyed on the 29th of every month. Outside of my house, I was seen as Mexican, like all other people with Latin American heritage in the midwest. There was no room for me to differentiate myself and clarify my roots or share aspects of Uruguayan culture. Latinx people were seen as a monolith. My language, appearance, status, and nationality were questioned almost daily.

Defending my Latinx heritage was draining and discouraging

I was constantly fighting with cruel children and adults who would make horrific remarks calling my father a wetback, beaner, and worse. The very kid who’s dad mowed my lawn would ask me when my papa was coming over to trim his bushes. These statements weren’t true and left me frustrated and confused. In my last year of high school, the vice principal remarked how great my English was as if I was an immigrant. These experiences made me feel like I should hide my Uruguayan heritage in order to not be harassed. 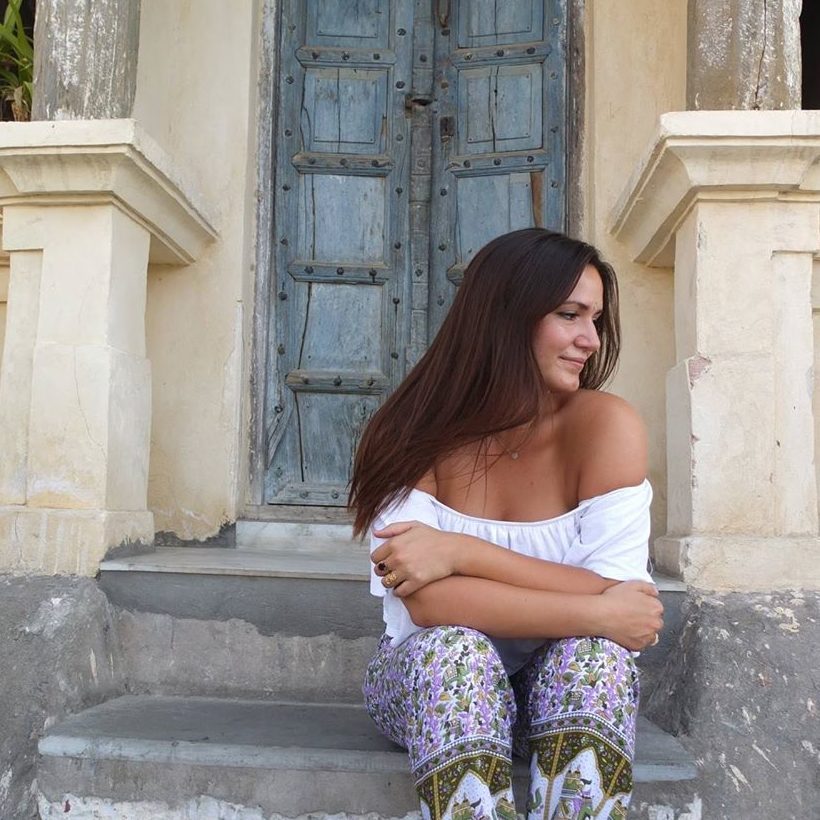 Courtesy Lola MéndezLooking back, I feel fortunate that I left the United States before President Trump took office. I wouldn’t feel safe at home anymore, even as a U.S. citizen, with all of the violence geared towards my community. Finally getting away from the hate that had been associated with Latinos in the United States allowed me to look within and start to learn how my heritage makes me who I am beyond my looks and linguistics.

International leisure travel hadn’t previously been accessible in my life

Growing up as the daughter of a Latino immigrant, I never allowed myself to dream about a life of travel. It seemed out of reach. When we traveled, it was to see family in Uruguay or to promote my father’s small business at bicycle conventions around the midwest. I never even applied to study abroad programs. We couldn’t afford it. I went to college thanks to scholarships, grants, loans, part-time jobs, and side gigs.

Travel has taught me who I am

The absence of knowledge of the lifestyles and customs of my Charrúan ancestors has always left a gaping hole in my understanding of what makes me who I am. Throughout the last five years of traveling full-time to over 60 countries, I’ve visited many places where Indigenous cultures are thriving, from the Chin tribes in Mindat, Myanmar, to the ancient Mayan archaeological sites in Yucatán, Mexico. I’ve found many similarities between these ancient cultures that have preserved their way of life after centuries of violence and suppression.

I’ve been welcomed by Indigenous people around the globe

They’ve been kind enough to welcome me into their homes and their hearts. They’ve shared their Animist beliefs, ancestral methods of cooking, building, and worshiping as well as their languages and customary dress with me. I often felt sorrow for my ancestors who didn’t have the chance to pass along their heritage. Many of the things I care deeply about are also important to these Indigenous communities—the magnificent power of the moon and the necessity to care for Tierra Madre. I have since realized that my passions stem from my Latinx identity.

I honor my roots through my nickname

I document many of my experiences on my travel blog, Miss Filatelista. I wanted to use a moniker that reflected my bicultural upbringing to honor both sides of my family. I use the English word Miss and the Spanish word Filatelista meaning stamp collector. It’s a play on words—I’m collecting passport stamps, not postage stamps. It pays tribute to my abuelo, a postman who rebelled against the Uruguayan military dictatorship by refusing to read the letters he delivered, and my grandfather who was a stamp collector and dealer. 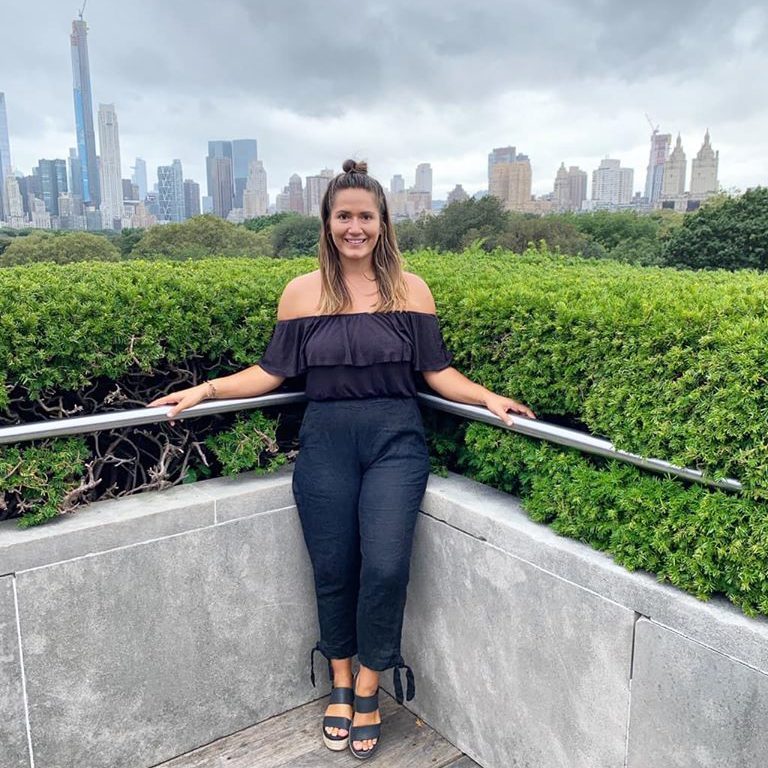 Courtesy Lola MéndezNearly five years after leaving the States, I’m living in my ancestral fatherland as an Uruguayan citizen. It had been a decade since I stepped foot in the only place on Earth that feels like home. For the last year, I’ve been getting reacquainted with Uruguay as I look for answers about the Indigenous people to whom this land belongs. As I expected, I haven’t been able to find answers in all the expected places such as single-room museums about the Charrúas but instead, my ancestors have guided me towards them in mysterious ways.

Deepening my understanding of my Charrúan roots

A few weeks ago I went on a socially-distant trek through the sloping Uruguayan hills in Lunarejo searching for waterfalls. After months inside, my soul was aching for some ecotherapy and cascades have always brought me joy. The first fall we came across was quite small. I sat on the Earth’s surface meditating when my guide asked me if I saw the face. Confused, I looked around to see who he meant. But, he pointed to the rock behind a curtain of the waterfall’s flow. Clear as day, there was the profile of a Charrúa’s face.

Moments like that remind me that my purpose on this planet is to heal my ancestral wounds. I carry the pain of the xenophobic abuse I endured as a child in the United States but I no longer let it prevent me from fully embracing my Latina identity. Soy celeste!

Next, read on to learn about 13 Hispanic women who changed the world.

Hispanic Americans Who Made History

Latino, Hispanic, and Latinx: What the Terms Mean and How to Use Them

Things You Never Knew Were Invented by Hispanic People

Lola Méndez
Lola Méndez is an Uruguayan-American freelance journalist and writes regularly for Reader’s Digest Culture and Travel sections. Her work has also been published in CNN, Architectural Digest, SELF, ELLE, InStyle, Cosmopolitan, O, The Oprah Magazine, and Parade Magazine, among other publications and her responsible travel blog, MissFilatelista.com. She earned a BA in Marketing from LIM College and is a 200-hour trained yoga teacher. Méndez has appeared on NBC and spoke at the Georgetown Women in Leadership summit. You can follow her on Instagram, Facebook, Twitter, Pinterest, and LinkedIn