Produced by Trusted Studios for Merck in Collaboration with the Mended Hearts, Inc. 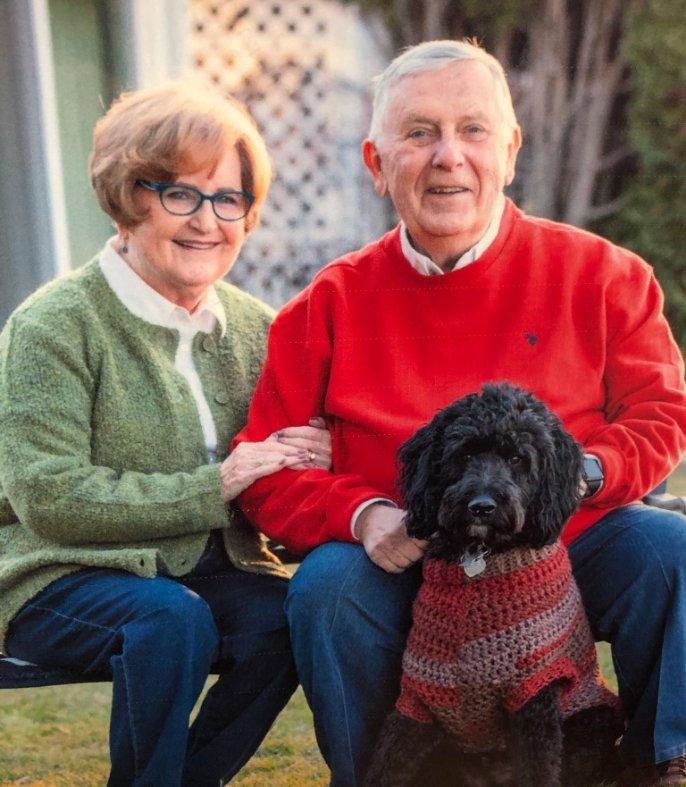 Seven years ago, Ray had trouble falling asleep one night and he thought it had to do with a possible case of pneumonia that wasn’t getting better. So, he told his wife Wini that he was going to try sleeping in his living room chair. But Wini knew something wasn’t right and insisted he go to the hospital instead — wise advice that may have saved his life. Because when Ray got to the hospital, his doctor told him he didn’t have pneumonia. He was in cardiac arrest.

Ray didn’t believe it, but remembers, “The news really sunk in when the doctor told me to prepare for surgery.”

Fortunately, Ray came through the surgery, but there were challenges ahead because the doctors couldn’t fix all the damage to his heart. They told Ray he had heart failure, a long-lasting condition in which the heart is unable to pump enough blood to meet the body’s needs for blood and oxygen.

“When I heard ‘heart failure,’ I was completely shocked because I thought I was relatively healthy,” says Ray. “I felt scared, but I tried to stay positive and focus on getting better. I also leaned on people who had been through similar experiences — gaining strength from their stories.”

Today Ray is thankful to be back spending time with his family and especially his grandchildren.

“Going through something like this changes you,” says Ray. “It’s made me more focused on trying to help others. Since my heart failure diagnosis, I’ve coached Little League for my grandkids and become very active at church. And I volunteer to visit people in the hospital who are newly diagnosed with heart disease.”

Know the Risks and Recognize the Signs

“It’s powerful when people who are coping with a heart failure diagnosis hear a story from someone like Ray,” says Andrea Baer, executive director at Mended Hearts®. “This is a condition that can impact many aspects of a person’s life — from their physical to mental and emotional wellbeing — so hearing advice from other people who have been there can give you hope.”

Baer wants people to know that learning about heart failure shouldn’t begin with a diagnosis. It’s important for everyone to understand the risks for heart failure and be able to recognize some of the signs. “You could potentially help save a life just like Wini did when she made Ray go to the hospital,” she says.

When Ray was diagnosed with heart failure, he joined more than six million Americans who are currently living with the condition. He learned that if you’re at risk for heart failure, it’s especially important to watch for the following warning signs of the disease and talk to your doctor if you’re concerned:

The Importance of Connection and Finding Support

Ray’s memories of being alone in the hospital at night are why his volunteer work with Mended Hearts is so important to him.

“It was a scary and lonely place where I felt like I had no control,” he says. “But talking to others who had been there too helped me, and now I’m trying to pay it forward by being that person for others.”

At the Heart of the Matter: Moving Forward After Your Heart Failure Hospitalization is an educational program designed to help people with chronic heart failure and their loved ones.

“We created this program in collaboration with Merck to help empower people living with heart failure to better understand their condition and play a more proactive role in their care,” says Baer.

Looking back on the early days after his diagnosis, Ray concludes: “In addition to being more proactive in information seeking, I’d also tell myself not to be scared. Trust your doctors, trust your support team, and talk to people who have been through it — like the folks at Mended Hearts®. You’re not alone on this journey, and there’s a lot of comfort in that.”

To learn more about heart failure and how to find support if you or a loved one are living with the condition, visit AtTheHeartOfTheMatter.com.

Facing Lung Cancer Together: How Caregivers Can Join the Fight

This content was created without any participation from the Trusted Media Brands Inc editorial teams.