The Best Way to Cut a Bagel, According to a Mathematician

It’s not the simplest way, but it sure looks cool. 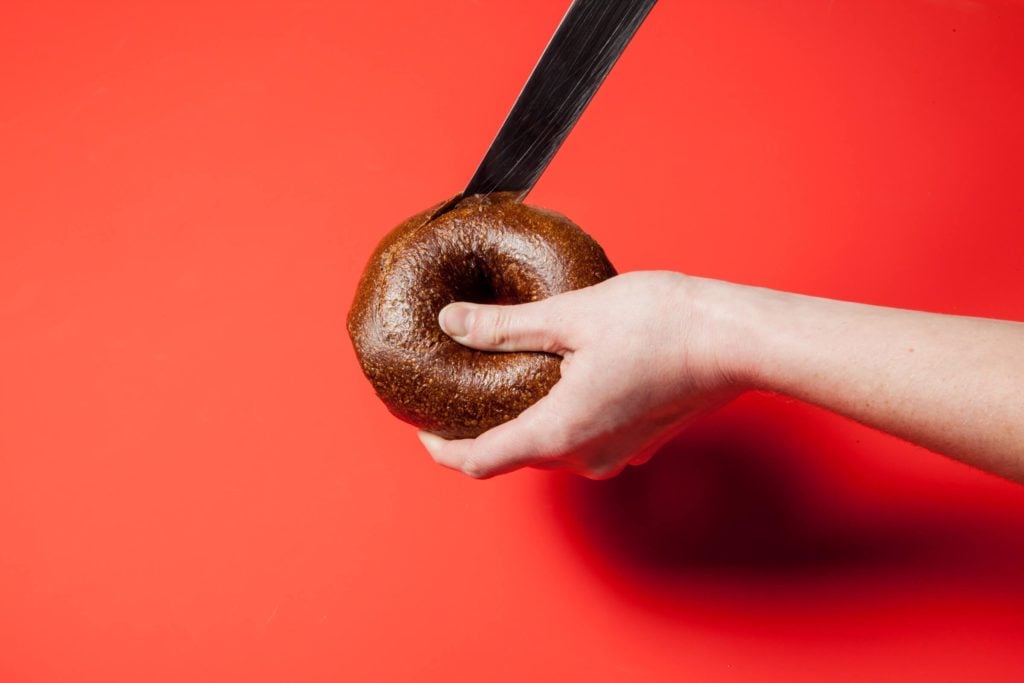 Matthew Cohen/rd.comEven the most brilliant chefs love a good kitchen hack. Whether they’re shortcuts for peeling fruits and veggies or quick tips to speed up your prep time, we can all appreciate a tip for making tastier food as quickly as possible.

Normally, we cut bagels straight down the middle, leaving a top half with all the good flavors and seasonings and a bottom half that only tastes like whatever topping you add. Cheng’s method cuts the bagel in such a way that the top and bottom stay together, but there’s still room to spread on as much cream cheese as you like.

She does this using a mathematical structure called the Möbius strip, a one-sided surface that looks like a twisted rubber band in geometrical depictions. Business Insider revealed exactly how she does it.

You start cutting in the middle of the bagel with the blade of the knife facing left. About half way around, you twist the knife so you’re cutting in a spiral-like pattern. As you reach the place you first cut, your knife will be facing right—and the bagel will still be in tact. That leaves you to put all the cream cheese you desire in the middle. And since you now can see part of the “bagel guts” that you normally don’t get with a typical cut, there’s even more space for spreads.

Now you have a cream cheese-covered, spiral bagel sandwich. Of course, mastering this type of cut may take some time, and it’s definitely more complex than using a bagel cutter. Or you may just prefer eating a bagel in halves. Either way, at least you have a little bit of mathematical knowledge to impress your bagel-loving friends. Speaking of impressive math skills, can you figure out how many triangles are in this image? 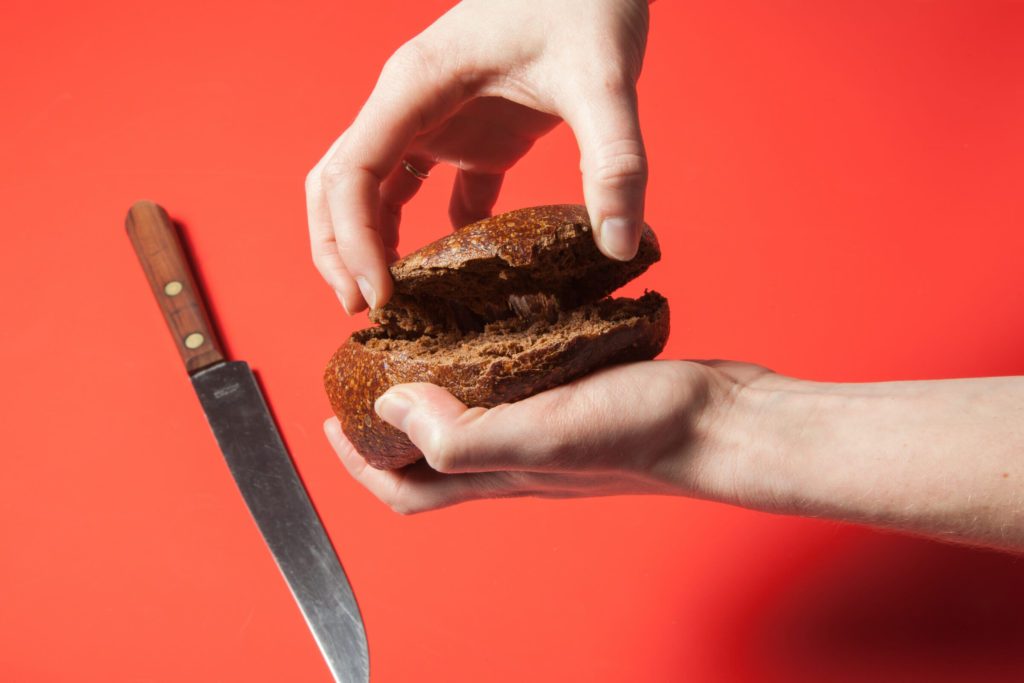 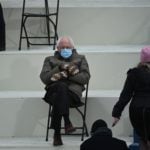