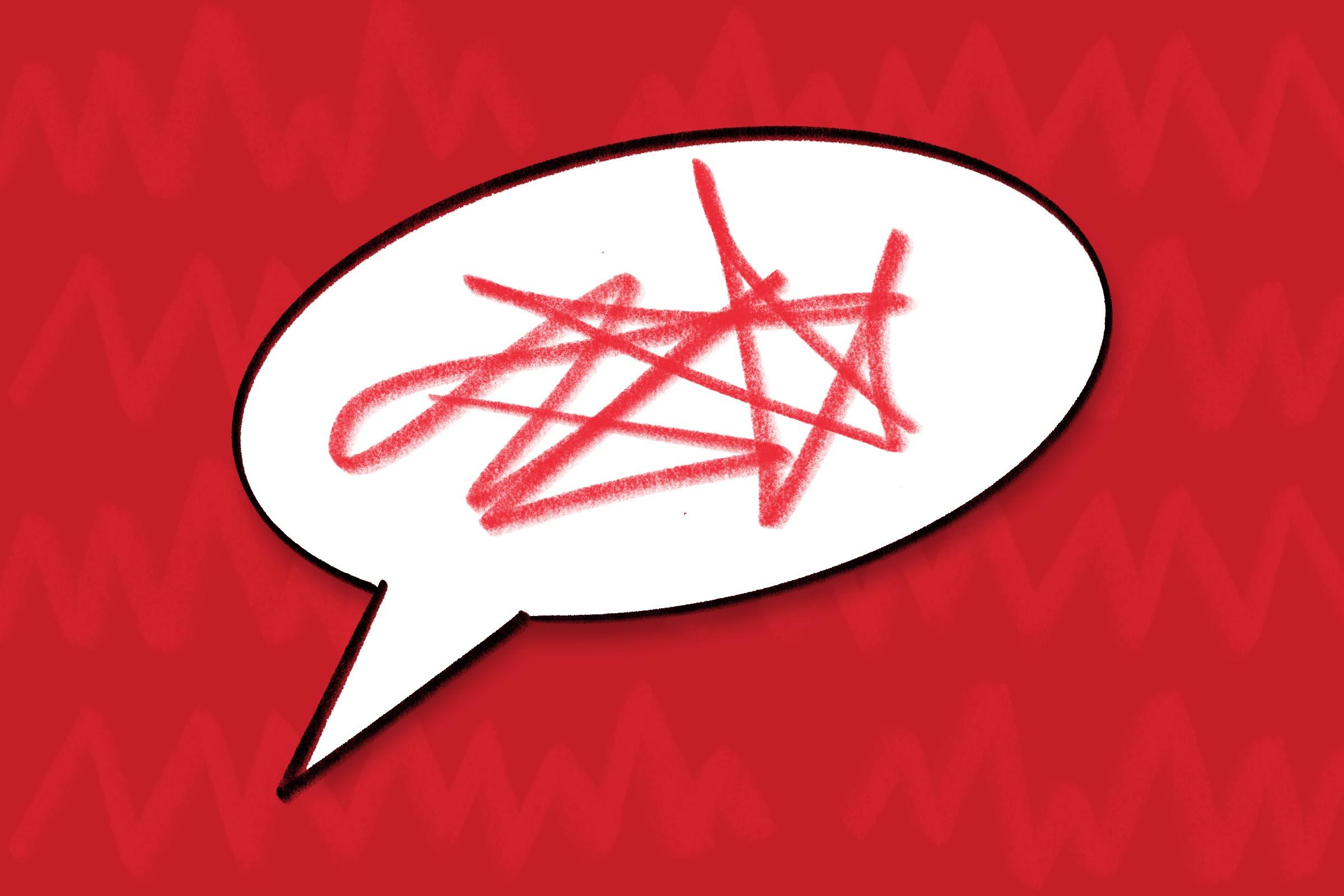 When it comes to racism, silence can be deafening—and even deadly. Try these approaches if you're having trouble figuring out how to speak up.

In the months since George Floyd was murdered by a White cop who pressed his knee against the Black man’s neck, racism has been exposed as an open wound that continues to fester and spread in America. As we struggle to find ways to contain it and start to heal, we also must come up with effective methods of treating it on a daily basis and personal level. It’s not always easy. For example, how do we handle people who say and do racist things? First, we must not stay silent. Keeping quiet make us complicit in the racism and guarantees the racist status quo will remain that way.

Once you decide to start using your voice, the number one rule is to do so calmly, adopting a manner and tone that’s as non-confrontational as possible. In a Psychology Today article titled “6 Ways to Win Any Argument,” Susan Krauss Whitbourne, PhD, offered at least three tips one also could apply when confronting racism: 1. Get your facts straight. A strong argument is a solid one. 2. Don’t lose control of your emotions. 3. Even if the other person’s words and/or actions seem reprehensible, try to be as empathetic as possible. “Stepping into the mental set of those you argue with allows you to figure out what’s influencing them,” Whitbourne explained. Once you can figure that out, you can help to effect real change. It’s one of the small ways you can fight racism every day.

Someone tells a racist joke

We’ve all been there—whether it’s at a party, during downtime at work, or just hanging out with family and friends. Someone tells a joke with a punch line that pokes fun at a minority group, like the one Steve Harvey told on his talk show in 2017 that made fun of the sexual appeal of Asian men. Everybody laughs, some uncomfortably. What is an innocent bystander supposed to do? If you laugh along, you’re no longer just an innocent bystander. You become an accessory to the racist humor by encouraging it.

Silence without so much as a chuckle may make you less complicit, but desperate times call for more pointed measures. If it’s not a one-on-one situation, don’t confront the joker in front of everyone, which might come across as aggressive and also possibly make them defensive. Instead, take them aside and explain why the joke is offensive, and don’t let them plead comedy privilege while casting you as a “snowflake.” “If we continue accepting the just joking defense, where everything can be laughed off as a joke, then words themselves no longer matter,” Laura Tropp wrote for Inside Higher Ed in 2017. There’s a definite difference between something like this and a good joke. Here are 25 clever jokes that make you sound smart.

Someone says something racist about another person

“If you can’t say anything nice about anybody, come sit by me,” Olympia Dukakis’ character, Clairee Belcher, said in the 1989 film Steel Magnolias. A chatty gossip can be a lot of fun at dinner parties, but what if your chatty pal starts delivering a long monologue about her Hispanic neighbors and throws in a few racist stereotypes without pausing for breath? A good move would be to change the subject quickly, but that doesn’t mean you should let it go. Just table that discussion for a better time. Sue Yorston, who manages Relationships Australia Victoria, told Amnesty International in 2019 that your objection will likely have greater sway if you resist the urge to scold them in front of a group and instead make your case later. “You could say something like, ‘What you said before has been sitting with me and I want to talk to you about it,'” she advised. “Often we make stereotypical racist-based comments from ignorance, so it’s an opportunity to educate and say, ‘Hang on a minute, that hasn’t been my experience.'”

Someone hurls a racist insult at you

If you are Black, you’ve probably had the N-word directed at you. No matter how many times it happens, it always comes as a shock. And the question is always the same: Do I fight or take flight? Unless it’s in self-defense, under no circumstances should you fight. If you are in a work situation, tell a superior immediately, and bring any witnesses along with you. Off the clock, in the absence of witnesses or video evidence to post on social media, the best response is no response, although a chuckle and “Is that the best you’ve got?” can be effective, too.

In a changing world where using the N-word and racism in general can cost a person their livelihood and even their freedom, someone who uses it as an insult ultimately may hurt themselves more than the person they are insulting. “The word no longer has the backing of the hangman’s noose, and…the White person who uses it, in any context, is more likely to be harmed by it than his intended target,” Isaac Baily wrote in a 2016 CNN op-ed. Awareness is the best tool in the fight against racism. Did you know that these 12 everyday expressions are actually racist?

Someone says, “Go back to where you came from!”

Some people wear their xenophobia proudly whenever they are around anyone from certain minority groups, particularly Latinos, Asians, and Muslims. And they make often-incorrect assumptions about the origin of anyone who doesn’t appear to be White. If you’re hit with the “Go back to where you came from!” command and where you came from is in the United States, a simple “I come from [insert state here]. What about you?” should do.

If not, calmly remind them that America was built on immigration. The lineage of White Americans generally goes back to Europe and the U.K., and at one point, Germans, Italians, and the Irish all faced brutal discrimination here. In a sense, we are all visitors, and if some of us don’t belong, none of us do. “It is up to you to take back the power and take back your place in the country,” Manpreet Dhillon wrote in a 2019 Thrive Global article. “When people make hateful comments, address it, but recognize that they may not change from you fighting them. So show them in your own way that you belong in your home here in North America.” These 20 everyday acts of racism don’t get talked about enough.

Someone says something that’s unintentionally racist

What do you do when someone says something racist without realizing it? For instance, how do you respond to a parent, a grandparent, or anyone from another generation who refers to Blacks as “colored,” or Asians as “Oriental,” or Native Americans as “redskins”? First of all, age is not an excuse. We’re all living in modern times, so when it comes to race and racism, we need to keep up with them. “It may be too late for others to be enlightened, but we should at least work to get to a place where no one can use the ignorance defense anymore,” the Baltimore Sun editorial board offered in 2019.

When responding to someone who makes an unintentional racist comment or perhaps doesn’t even realize what they said may have been racist, it’s important to proceed with caution and understanding. The R-word (“racist”) can be a minefield, so it’s best to make your point without branding the person as one. Amnesty International did a good job of laying out what not to do: “If you embarrass somebody, call them uninformed or lecture them, then there’s a good chance they will feel as though they are on the back foot and your points may fall on deaf ears.” Even when you think you’re an ally, you may be making some missteps. Here’s the story of one woman who says it took her 34 years to realize she was racist.

Someone supports racist behavior or makes excuses for it

They’re everywhere: people patronizing businesses that are known for employing racist tactics, people defending racist branding like the Washington Redskins and Aunt Jemima, and people supporting the protection of Confederate monuments. In these divided times, we’re all increasingly unlikely to listen to opposing viewpoints and perhaps even less likely to change ours. When you feel you must speak up, watch your language. Proceed cautiously and calmly. If you think, for example, that supporting certain politicians makes someone a racist, the last thing you want to do is tell someone that—not if you’d like to have a constructive conversation with that person. You can be firm and direct about the point up for debate without resorting to name-calling and bullying. “If your goal is to communicate, loaded terms get you nowhere,” K.E. Supriya, PhD, associate professor of communications at the University of Wisconsin, Milwaukee, told Teaching Tolerance Magazine. “If you simply call someone a racist, a wall goes up.”

“All lives matter.” “I don’t see color.” “I never owned slaves.” “I’m poor, so how can I have benefited from White privilege?” By now, you’ve probably read them all so often that each time someone else posts one of the clichéd responses to racial justice activism, you might wonder if they’re actually making fun of them. Of course, that’s usually not the case. Some pointers: Tell them Black Lives Matter isn’t about devaluing lives that aren’t Black. It’s an assertion that although slavery was abolished more than 150 years ago, our country continues to treat Black lives as being less than everyone else’s. Even Black people who are financially successful must deal with preconceptions based on race that will affect how the world sees and treats them, whether it’s retailers, clubs and organizations, renters and sellers, or, of course, law enforcement. White people don’t have to live under the same dark cloud, and that’s their privilege. We can’t address the problems and start to make necessary changes if we can’t acknowledge that the problem exists.

Also important: Take a deep breath, and think before you write. “Your immediate reaction might be to share a few choice words of your own, but it could benefit your case to start with a clarifying question,” Hannah Herrera Greenspan wrote in the Chicago Tribune in June 2020. Examples: How much do you know about what Black Lives Matter does? What has been your personal experience with Muslims? Or Mexicans? When you say you don’t see color, does that mean you see everyone as White? “Encouraging articulation sets the tone for a productive dialogue and may uncover the root of where these beliefs are coming from,” Greenspan added. “Listening and building this rapport is essential to understanding and educating versus giving a condescending lecture.” In case you’re not completely clear, this is why you should stop saying “I don’t see color.” 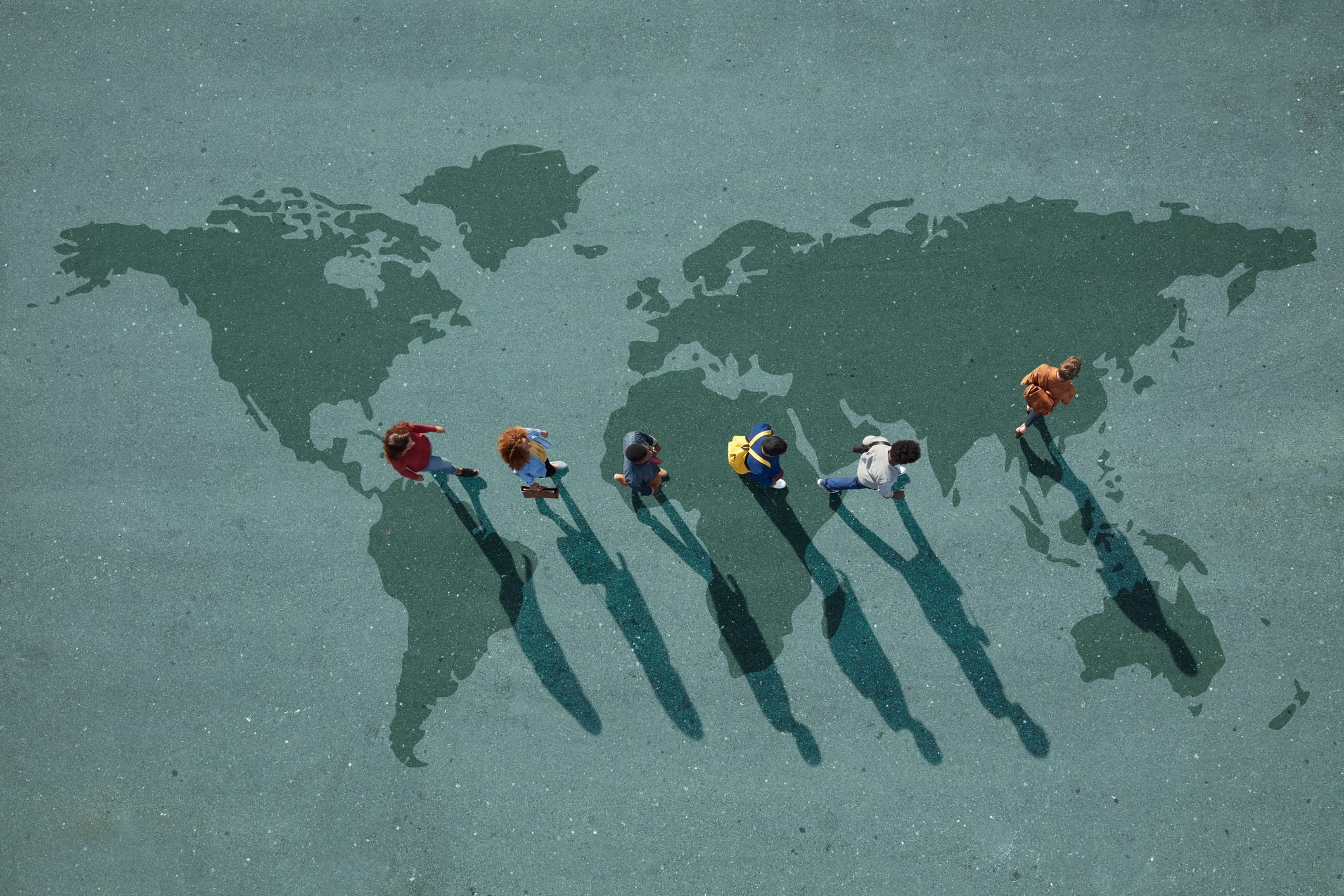 Where Did the Concept of Race Come From?

Jeremy Helligar
Jeremy Helligar is a former staff writer and editor at People, Teen People, Us Weekly, and Entertainment Weekly. He has covered entertainment, pop culture, travel, politics, race, and LGBTQ issues for Reader's Digest, HuffPost, Queerty, The Root, Variety, and The Wrap, among other websites and publications. Before returning to New York City in 2019, he spent 13 years living and working in Buenos Aires, Melbourne, Bangkok, Cape Town, Sydney, and across Europe while writing his two travelogue memoirs, Is It True What They Say About Black Men? And Storms in Africa. 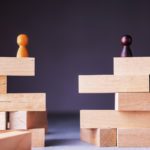 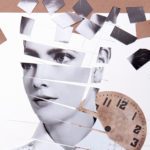