8 of the Most Extreme Facts About the Human Body, From the World’s Smartest IQ to its Tallest Man

Humans may be programmed to grow stronger, faster, and smarter, still science shows our potential has a few limits. 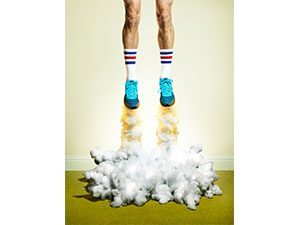 Dan Saelinger/Trunk ArchiveWe humans are programmed to grow stronger, faster, and smarter; to climb higher, live longer, and populate every last inch of real estate. We’ve toppled scores of world records over the past few decades, but when will our progress peak? No matter how we enhance our natural capabilities, our potential is bound by certain scientific principles—laws of physics, biomechanics, and thermodynamics—that don’t yield to human ambition. Here, scientists define for us where, exactly, those boundaries lie.

Most Weight We Can Lift: 1,000 Pounds
The world’s strongest weight lifters can hoist 1,000 pounds—but Todd Schroeder, a biokinesiologist at the University of Southern California, thinks they’re wimping out. Our brains limit the number of muscle fibers activated at any time to keep us from getting hurt. “Turn that safety off, and you can produce a lot more force,” Schroeder says. He thinks optimal training, including mental, may help athletes tap as much as 20 percent more strength.

Tallest We Can Grow: 8 Feet 11.1 Inches
In the 1930s, Robert Pershing Wadlow, aka the Giant of Illinois, reached this world record due to an overactive pituitary gland. His towering stature severely stressed his circulatory system (he couldn’t feel his feet) and placed structural pressure on his bones (he wore braces when he walked). As a result of these physical limitations, engineer Thomas Samaras estimates that while the average human has grown taller due to better nutrition, we will eventually level off at about seven feet. His studies have also found that every inch above five feet shaves 1.3 years off a lifespan—though others dispute this claim.

Most We Can Remember: 1 Million Gigabytes
If your brain’s one billion storage neurons held one memory apiece, “you might have only a few gigabytes of storage space, similar to a USB flash drive,” says Paul Reber, a psychologist at Northwestern University. But each neuron actually forms about 1,000 connections to other neurons, exponentially expanding the brain’s storage capacity to around one million gigabytes. The bottom line is that storage isn’t the problem: Our ability to record and retrieve data is.

Smartest We Can Get: IQ of 198
This honor goes to Abdesselam Jelloul, who set this record on a 2012 adult IQ test. But a few prodigies aside, if your score approaches Einstein’s 160, you’re probably at humanity’s upper reaches. “Our brain operates close to its information-processing capacity,” says Simon Laughlin, a neurobiologist at the University of Cambridge. This is due to a range of electrical trade-offs: If the human brain were to get bigger, it would be less efficient.

Fastest We Can Run: 10.5 Meters per Second
After Olympic sprinter Usain Bolt broke the 100-meter world record at the 2008 Olympics, Mark Denny, a biologist at Stanford University, wondered, Had “Lightning Bolt” sprinted as fast as a human can go? After having graphed 100-meter records back to the 1920s, Denny predicts humans will plateau at about 9.48 seconds for this meter mark, or 0.10 seconds faster than Bolt’s current record—a lot speedier in a sport in which differences are measured by the 100th of a second.

Most Friends We Can Have: 150 Friends
We’re not talking about Facebook friends, but real ones that you can depend on. With that criteria, 150 is the max, says Robin Dunbar, a psychologist at the University of Oxford. Dunbar examined census data on tribal groups, which averaged out at 148 members. The same number regularly crops up in modern business. Most
famously, the founder of GoreTex insisted on separate factory units of 150 workers so people would be more likely to be pals.

Longest We Can Go Without Sleep: 11 Days
In 1964, Randy Gardner, a 17-year-old in San Diego, woke up at 6 a.m. to start his science project: an attempt to break the world record for days without sleep. He succeeded. Gardner made it to 11 days while William Dement, a Stanford University psychiatrist, monitored his vitals. Gardner remained lucid, albeit irritable. Since then, studies have shown that rats deprived of shut-eye will die within 30 days, and a rare disease called fatal familial insomnia, which stops people from dozing off at all, causes death in a few months to a few years.

Longest We Can Go Without Solid Food: 382 Days
Of course, this feat is easier to accomplish if you’re obese to start with—which was the case with “Patient A.B.” The 27-year-old, under observation at the University of Dundee in Scotland, weighed 456 pounds when he started his fast in the 1973 study. With a diet of purely noncaloric food such as yeast and multivitamins, he
dropped to 180 by the time the study ended, more than a year later. Needless to say: Don’t try this at home. 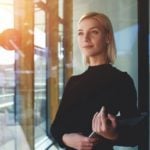 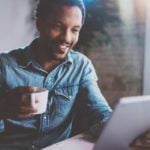