The Humble Beginnings of 5 Big Ideas

Where we see tangled headphones, annoying insects, and painful bandages, these scientists saw the beginnings of world-changing medical advances. 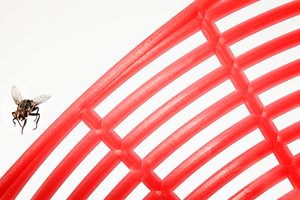 Anyone who’s wielded a rolled-up newspaper to combat a housefly knows just how evasive the bug can be. Flies always seem to know where you’re coming from—and how to get away.

“Flies are incredibly good at what they do,” says Michael Dickinson, a professor of biology at the University of Washington. To study the insects in action, Dickinson coaxed flies through a tube that opened onto a tiny platform. Over this stage, a disc loomed, ready to flatten the flies from various directions—front, side, and back—while a high-speed camera filmed the insects’ reactions to the impending attack.

After running hundreds of bugs through his machine, Dickinson discovered something interesting. Within 300 milliseconds of a potential pounding, the flies prepared with “postural adjustments.” If the swat approached head-on, the fly would shift its middle pair of legs forward—propelling it backward and away from danger once it launched into the air. When the swat came from the rear, the fly would shift its middle legs backward to jump forward. Flies may fetishize dog droppings, but these insects are also graceful, delicate ballerinas.

Dickinson’s interest in housefly swatting goes beyond keeping his office pest-free. His research is helping others build elegant micro-robots that can mimic the creatures’ agility and flight patterns. The military, too, is interested in Dickinson’s work. It hopes to use findings like his to build drone planes with better reaction times, which could reduce the need for pilot-driven planes and keep soldiers out of harm’s way.

As for Dickinson, it should be noted that he doesn’t hate flies. In fact, he goes out of his way to avoid killing them: “I get annoyed when someone brushes a fly away, since I’m usually looking at it, watching it groom and move its little head.” —Judy Dutton

Next: Coral might reinvent sunscreen and help stop world hunger » 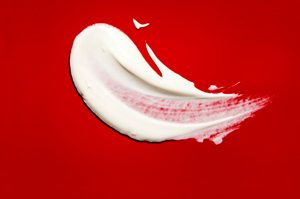 Slathering on sunscreen is nobody’s idea of a day at the beach, but it’s worth doing. More than 3,000 Americans die of nonmelanoma skin cancers each year, and up to 90 percent of cases are tied to ultraviolet light exposure. While most of us know how to apply sunscreen, we don’t always do a good job. The FDA recommends applying a shot glass’s worth of sunscreen—at least every two hours.

Paul Long, a pharmaceutical expert at King’s College London, wants to solve the problem with a long-lasting sunscreen pill. To vanquish those streaky creams and greasy sprays, Long has found an unlikely ally in coral. It turns out coral is more than just snorkeling scenery. It’s also a compact marine animal that can do what tanning addicts cannot: endure blistering UV rays without negative health effects. The secret, Long says, lies in algae that live within the coral and trigger reefs into producing their own sunscreen. But this compound doesn’t just protect the coral colonies. When fish feast on the reef, the UV-blocking compounds get passed up the food chain.

So how likely is it that a compound that works for fish will work for humans as well? “It’s absolutely conceivable,” Long says. “If our studies confirm the results we are expecting, we will be able to develop a sunscreen [tablet] with the broadest spectrum of protection.”

Long’s team is closer than you think. By copying coral’s genetic code and inserting it into bacteria in the lab, Long has manufactured large quantities of amino acids with magical sun-blocking powers. A pharmaceutical deal is currently being negotiated to bring the sunscreen pill to market, and it could happen in time for your 2016 summer vacation.

Long believes the compound could also have broader (and more surprising) applications, including helping to feed the world. Theoretically, the amino acids could be used to protect crops planted in sun-drenched regions where intense sunlight makes farming difficult. But the first step is making swimming more pleasant—no more getting out of the water every two hours to grease up. —Katherine Laidlaw 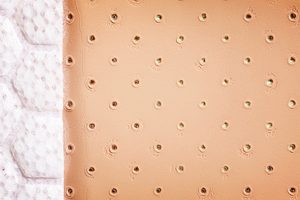 Ripping off a Band-Aid is so unpleasant, it’s proverbial. But for certain patients, it’s also dangerous. Premature newborns and the elderly have delicate skin, and yanking away bandages and medical tape can lead to serious irritation, injuries, and even permanent scarring. In fact, each year, medical adhesives cause an estimated 1.5 million injuries in the United States alone.

“This is a problem that all neonatal doctors and nurses are aware of,” says Jeffrey Karp, a professor at Harvard Medical School. “They are desperately awaiting new adhesives that firmly secure devices to skin without damage.” That’s why Karp and his lab are working on an innovation to make bandage removal less eventful.

Traditional medical tape is simply an adhesive affixed to a backing, but Karp’s invention features a unique middle layer. This extra layer takes the brunt of the stress of removing the tape (instead of the adhesive one that attaches to skin), which minimizes damage.

When it’s time to pull away the bandage, it pops right off. All that’s left is a small amount of residue that can be covered with baby powder or simply rolled off the skin.

Karp’s tape isn’t his only innovation in adhesive technology—he made headlines in 2008 with a surgical bandage that mimicked the microscopic scales on gecko feet. The sticky surface allowed bandages to hold fast in tricky areas, including the wet tissues of the heart and lungs. Even better, the biodegradable sealant disintegrates over time, meaning that unlike with sutures or traditional medical tape, doctors never have to go back in to remove it. If Karp’s pain-free bandages pan out as well as his earlier breakthrough, future generations of patients will need a new metaphor for getting something over with quickly. —Liana Aghajanian

Next: Mosquitos might help reduce the spread of malaria » 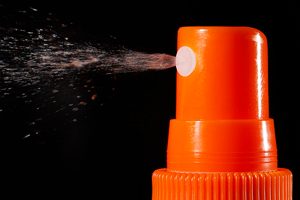 MOSQUITOS…could put down malaria and more.

Mosquitoes ruin countless American picnics every year, but around the world, the whine of these bloodsucking beasts isn’t just irritating—it heralds an epic health problem. More than a million people die each year from the spread of mosquito-borne diseases like malaria, dengue fever, and yellow fever. Attempts to control mosquito populations via insecticides like DDT have had ruinous side effects for nature and possibly human health. Neurobiologist Leslie B. Vosshall has a different solution for stopping the insects and the spread of disease. “I believe the key to controlling mosquito behavior is to better understand how they sense us,” she says.

At their Rockefeller University lab, Vosshall and her colleagues are studying the chemical sensory processes by which mosquitoes choose hosts. How do they sense heat, humidity, carbon dioxide, and body odor? What makes some people more attractive to a mosquito than others? It takes blood and sweat to find out. To study how mosquitoes assess body odor, Vosshall and her teammates might wear nylon stockings on their arms and refrain from showering for 24 hours to create sample smells.

Then comes the hard part. They insert their limbs into the insects’ den to study how mosquitoes land, bite, and feed, and then they document how these behaviors change depending on both the mosquitoes’ genetics and the particular traits of the scientists’ skin. This can mean getting anywhere from one bite to a whopping 400, depending on the experiment. Studying male mosquitoes is more pleasant; since they don’t feed on blood, the lab tests their sense of smell using honey.

Vosshall and her team have also begun to study how genetics contributes to mosquitoes’ choice of a host. With a bit of tinkering, she’s even created a breed that is unable to sense carbon dioxide, an important trigger for the insects. “By using genetics to make mutant mosquitoes, we can document exactly how and why this cue acts to make mosquitoes hunt
humans,” Vosshall says.

Once Vosshall figures out what makes mosquitoes flock to us, she can get to work on making them leave us alone. Many of her lab’s proposed solutions sound simple enough, including bracelets that carry long-lasting repellents or traps that can reduce populations, but the breakthroughs may save millions of lives in the developing world—and a lot of itching everywhere else. —Liana Aghajanian

Next: Tangled headphones might stamp out infections and help fight cancer » 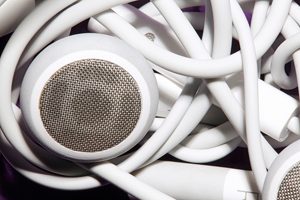 Ever pull your iPod out of your pocket only to find your earbuds hopelessly knotted? Every time physicist Robert Matthews of England’s Aston University examines a tangled cord, it reminds him of something smaller—and more important. “Despite its apparently trivial nature, spontaneous knotting is of great significance in polymer chemistry and molecular biology,” he says.

For instance, each cell in our bodies contains about six feet of DNA. If those genetic cords tangle, the results can be devastating to the cell’s health. Matthews became entangled in all of this when he unknotted a cord for the umpteenth time and recalled a mathematical proof published in the late 1980s that showed that the risk of knots grows rapidly with the length of cord. If the two ends were joined in a loop, Matthews realized, it would shorten the length of the cord and eliminate the free ends, whose movement leads to knots in the first place.

In 2010, to test his “loop conjecture,” Matthews embarked on the Great British Knot Experiment, enlisting kids to put pieces of strings—some of which were looped (with ends clipped together to form a tiny circle), others unlooped—in boxes, jumble them around, and report the results. Matthews found that looped string formed knots one tenth as often as unlooped string of the same length. Uniting the ends of your earbud cables—with, say, a hair rubber band—will keep knotting to a minimum.

A godsend for anyone who has ever battled tangled Christmas lights, Matthews’s discovery may have a much bigger impact. If pharmacologists can influence the formation of microscopic loops in DNA and viruses, a breakthrough in fighting cancer and infections could follow. In the meantime, start using a hair thingy and say hello to blessedly tangle-free headphones. —Judy Dutton

CBD Oil for Cats: What Is It and Is It Safe?
22 Brilliant Uses for Q-Tips That’ll Come in Handy
This Is Why Alarms Snooze for 9 Minutes Instead of 10