I thought she was out of my life forever—then she married my cousin.

My ordeal with being bullied started early, when I was just in elementary school. I was a chubby, awkward kid and to make matters worse, I hit my growth spurt sooner than most. My body became a constant target for ridicule and my classmates took every opportunity to make fun of me for it. They called me “fat butt,” “tub-o-lard,” “frog eyes,” “donkey girl,” and “heifer” and accused me constantly of stealing or lying. Teachers ignored the signs of bullying and my pleas for help. They told me to just wait it out, that “kids will be kids” and we’d “grow out of it.” My small town made it hard for that to happen and the popular kids not only remembered every misstep but reminded me of them endlessly.

As we all went through middle school and high school, the bullying only intensified. In middle school, Sherry moved in, joined the gang of popular kids, and soon became one of my main tormentors. The teasing over my weight and body type never stopped, but now they added other things on. Rumors spread in middle school that I was a lesbian and that I slept with all the boys. (Apparently, they didn’t understand how those two things would be mutually exclusive.) In high school, they added that I was a druggie. They told everyone I was always high and their evidence was because I was friendly to everyone, even people who didn’t like me. (Because only someone high on drugs would be kind to everyone?)

The bullying was relentless

These kids did more than spread just vile and untrue rumors or mocking me—it went far beyond that. Throughout my tween and teen years, I was rarely invited to anything and ostracized if I did attend something. I was physically and even sexually assaulted a number of times on the bus and if I fought back, I was the one who got in trouble. I was excluded from groups at church or in my neighborhood. Sherry’s cruelty was particularly painful because she was dating my cousin. So not only did I have to deal with her taunts and insults at school but she was at all my family events. I tried many times to tell adults and ask for help but no one wanted to admit that their child might be a bully or that there was a problem. I felt like there was nowhere I could go to escape from it.

One of the group’s most persistent themes was to tell me that I was a loser and they wanted to make sure that I knew that everyone hated me as much as they did. I remember one particularly painful day on the bus in middle school. I was sitting near that group and I wanted so badly to fit in. I made a comment, trying to join in the conversation. Sherry immediately turned to me and hissed, “Um, why would you think you can talk to us? You’re an idiot and we hate you. Don’t sit by us, don’t walk by us, and definitely don’t talk to us ever again.”

That stung but the most painful part was that while I did have some friends, they would stand by watching me get bullied and wouldn’t do anything to help me. They would be my friends in private but once we were around the popular kids, they acted like they didn’t know me. Now, as an adult, I recognize it was probably because they were scared of becoming the target of the bullying themselves but at the time it just felt like one more betrayal. In my darker moments, I wondered if Sherry was right. What if everyone really did hate me? Would I ever have true friends who loved me for me and who would stick up for me?

Thankfully the answer to that is a resounding yes. In 1998 I graduated high school, left my hometown, and went to college. After a rocky freshman year, I found my place and my tribe. I met a group of amazing people who became (and still are) some of my closest friends. I’m not someone who likes to hold grudges and so I made a decision then to forgive my former bullies. Intentionally letting those hard feelings go helped me to move on and leave the pain of my past in my past.

Then she married my cousin

Sherry and my cousin had continued to date on and off after high school but because I’d moved away, I almost never saw her. Then, in 2005, seven years after we’d graduated high school, I got a shock when my cousin proposed to Sherry and I realized my bully was going to become a permanent part of my family.

I wasn’t invited to the wedding, but I wasn’t surprised. We didn’t exactly keep in touch after high school. Why would we, after all that had happened? Still, when I found out they had gotten married, I found I was actually happy for them; they had been high school sweethearts, after all. I had worked hard to let go of the past, including her bullying. It helped that I’d gotten married myself and was focused on enjoying my new family. 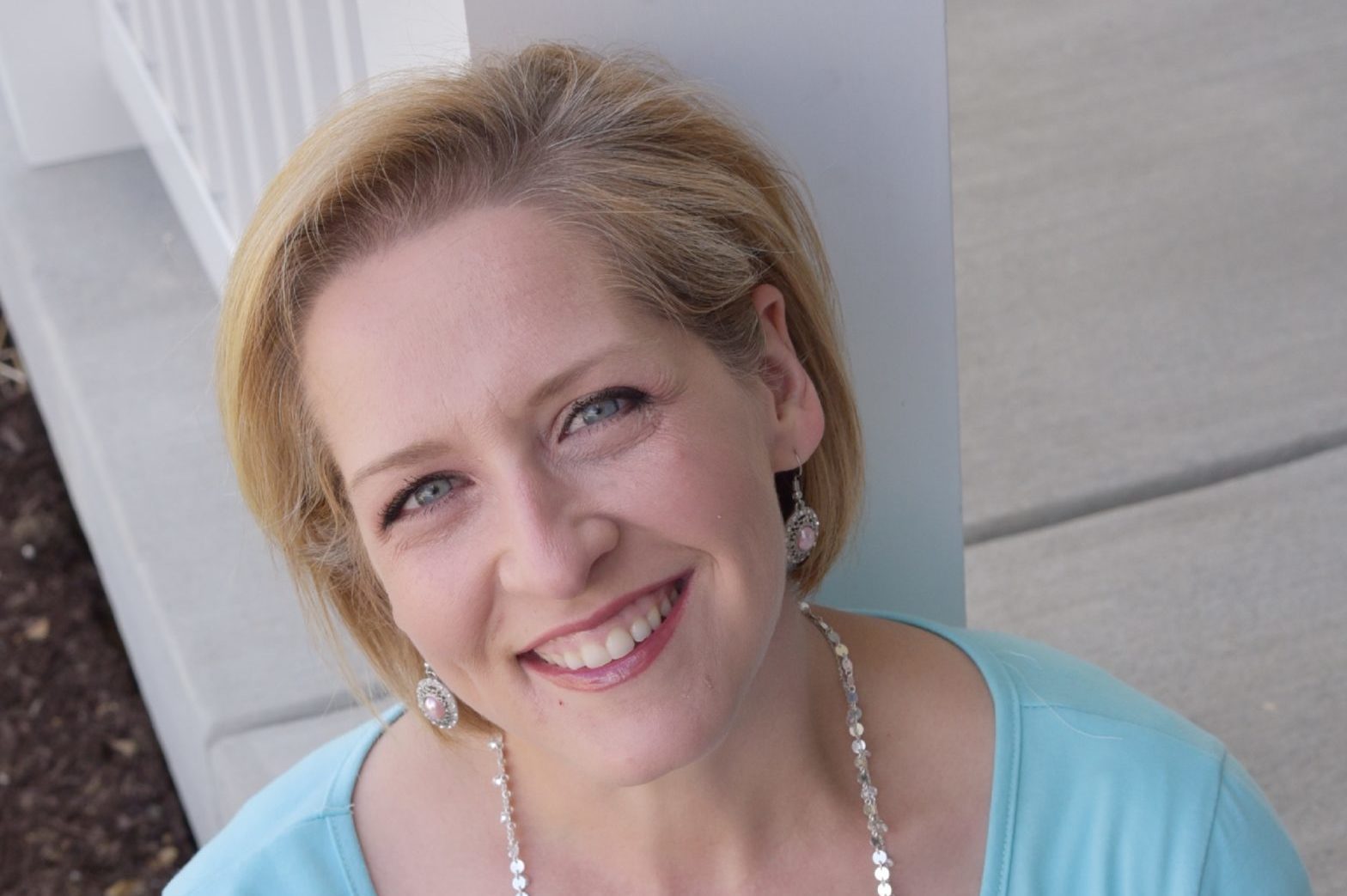 Courtesy Olan Mills and Kris FarquharIn 2010, five years after they were married, Sherry reached out to me through social media. I was surprised to see a message from her in my inbox and at first, I was nervous to open it, wondering if the cruelty was going to start all over again. It turns out I was wrong about her never wanting to see me again because she asked to meet up the next time I was in town. I was wary but I’d seen how much my cousin had changed for the better over the years and thought perhaps she had as well. Plus, I was curious why she would take the risk to contact me now.

We met up at a park to have lunch. After some small talk, she brought up the bullying, saying how sorry she was. “Oh, it’s OK,” I quickly replied.

“No, it’s not OK,” she answered. “I was really, really awful to you. I’ve thought about what we did to you for years and have regretted it ever since. You were always so kind and all you wanted was to be friends with me and I was absolutely horrible. You didn’t deserve that and I’m so sorry.”

From bully to bestie

Thirty years after she first began bullying me, Sherry and I finally had a real, heartfelt talk about those terrible years. I found out that she’d had a really difficult childhood too, just in a different way. She had been abused by her stepfather and had a bad relationship with her mother, making it so she had no support at home. She did drugs and, during a break from dating my cousin, became a teen mom. (Ironically, the exact things she had accused me of doing in high school.) She had harbored a lot of anger and pain, which she took out on me, leaking like acid and burning us both. It wasn’t an excuse for bullying me but it was an explanation. I could understand where she was coming from and I was so sorry she went through what she did. She told me again how sorry she was. Then she asked if we could be friends now.

I’m a firm believer that people deserve the opportunity to change—both ourselves and others. Sherry could have stayed stuck in her anger and cruelty but she chose the path of growth and reconciliation, even though the change felt scary. Similarly, the years of bullying could have made me a hard, bitter person, but I chose not to let it change me in that way. Instead, it’s made me someone who can truly empathize and have more compassion for others.

We had both overcome incredible pain to become different, better people. I enthusiastically told her of course we could be friends and hugged her. I’d already forgiven her years ago and this was the final healing both of us needed. Since then she has become one of my best friends. We live across the country from each other but for the past 11 years, we have talked or texted at least weekly. She went from one of my biggest bullies to one of my biggest supporters. I can honestly say now, with my whole heart, that I love her so much! Everything we both went through to get to this place together was worth it.

What Science Can Teach You About Forgiveness

Is It Safe to Eat Sprouted Potatoes?
25 Funny Friend Memes to Send to Your Bestie
The Sisterhood of the Traveling Fish Chair