I Went Gluten-Free for 2 Weeks. Here’s What Happened.

Kissing bread goodbye was difficult, but was it worth it?

I’ll be the first to admit it: I thought I couldn’t live without bread. And while I always thought that a gluten-free diet was equivalent to a death sentence for people like me, I was pleasantly surprised by just how much I enjoyed living with a dietary restriction.

Don’t get me wrong though—my decision to go gluten-free for two weeks was definitely not an easy one to make. Consuming a daily diet completely free of gluten was much harder than it sounds, even when I considered all the yummy, healthy foods I would still be able to eat. Gluten is in so many more food and drink products than I ever realized, and I’ve never had to pay so much attention while grocery shopping or going out to eat in my entire life than the past two weeks.

Still, I headed into this experiment with a positive attitude, a hungry belly, and high hopes.

How do you go gluten-free?

Gluten is a protein found in a variety of grains, like rye, barley, wheat, and other hybrids of their kind. Gluten exists in many common foods (that I apparently took for granted until going gluten-free), including but not limited to bread, cereal, pasta, cake, cookies, and French fries. In order to go gluten-free, I had to avoid consuming any food or drinks containing gluten. People usually follow a strict gluten-free diet once they’ve been diagnosed with Celiac disease—which means the small intestine is extra sensitive to gluten, making it difficult to digest. Other people who choose to omit gluten usually have another type of gluten sensitivity or wheat allergy. Some people simply want to see whether or not ditching gluten affects their health in a positive way. Here are the 12 most recognizable signs of gluten intolerance.

Day one was certainly the hardest, but I pushed through with a plate of fresh strawberries, blackberries, and Dannon Light & Fit Greek Yogurt to start off my day. I quickly became appreciative (almost immediately) of the fact that all fresh fruits and vegetables are naturally gluten-free staples to bulk up any meal. Another gluten-free breakfast I made throughout the weeks was a simple scrambled egg-and-cheese dish. I’d occasionally splurge on Udi’s Gluten-Free White English Muffins to get my bread fix. Find out the “healthy” foods even nutritionists won’t touch.

Takeaway: I have a giant sweet tooth, and I usually enjoy serving my family breakfast items like French toast or Belgian waffles in the morning. My gluten-free breakfast go-to’s were much lighter and healthier than what I was used to eating. 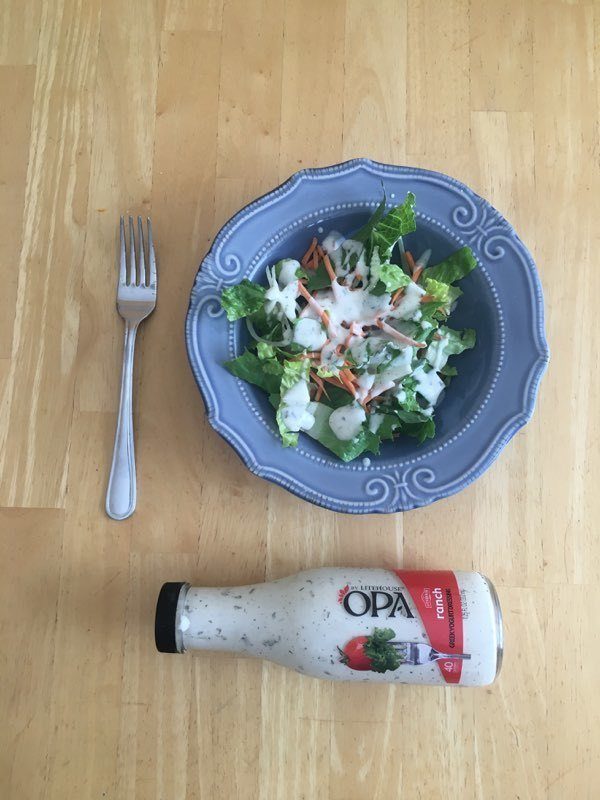 I kept things light for lunch, since I’m typically on-the-go or chasing after my toddler in the middle of the day. My typical gluten-free lunches were usually a mixed green salad with OPA by Litehouse Ranch Greek Yogurt Dressing or homemade guacamole.

Takeaway: These gluten-free lunches were definitely doable, and not far off from my usual lunch routine. I still applauded myself for steering clear of my favorite lunch wraps and sandwiches, though. 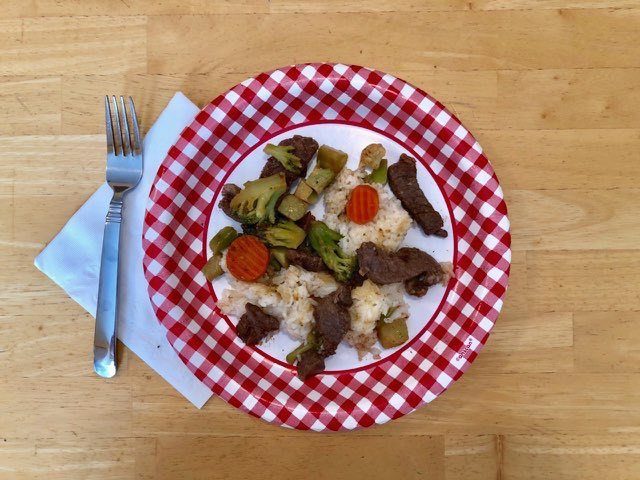 Dinner was probably the easiest meal to cook gluten-free because there are so many delicious gluten-free dinner recipes out there to choose from. Since meats don’t contain gluten, I mainly switched between chicken and steak recipes. One of my favorite gluten-free dinners to whip up was a simple chicken rice bowl, made with brown rice, veggies and grilled chicken. I also ate a steak stir-fry—although I couldn’t have soy sauce to top it off like I normally do.

Takeaway: It truthfully was not that hard to think of gluten-free dinner dishes, but there were a handful of dressings and condiments I couldn’t use since they contain gluten (like salad dressings, soy sauce, and gravy). I really had to think about how I could add flavor to these dishes without using gluten-filled dressings or seasonings.


I like to munch on snacks with my two-year-old throughout the day. I usually have a cookie—or cheese and crackers—but since both of those are off-limits when you ditch gluten, I opted for apple slices with peanut butter and celery dipped in hummus for most of the days.

Takeaway: Since I wasn’t allowed to eat most of the usual processed, sugary snack items I have in my pantry that contain gluten, I was able to eat a lot healthier throughout my two-week gluten-less trial. Check out these 100 healthy snacks you can get on-the-go.

The big challenges of going gluten-free

As I said earlier, bread one of my favorite foods. When I first began my experiment, I was craving all the sandwiches, toast, and wraps that I normally eat on a daily basis. Getting past the cravings was the biggest mental obstacle to going gluten-free. I had a tough time grocery shopping while consuming only gluten-free foods since not every store has an extensive gluten-free aisle—it also took me double the time since I had to look over certain items and make sure they did not contain gluten.

Going gluten-free for two weeks was an experience I’m happy I had, and one I would definitely do again. For the first time, I was forced to think about every single food and drink item I was putting into my body, instead of just buying the same types of processed food without considering its ingredients. Going gluten-free also made me step outside of my comfort zone, and opened my eyes to all the different foods out there that could potentially be causing allergic reactions or harm to my body. My greatest gluten-free lesson of all? I experienced first-hand how incredible my body felt at the start of the second week, once most of the gluten was out of my system. Cutting out gluten from my diet gave me more energy and made me feel less bloated. As different as it was for me, I’d certainly consider a gluten-free lifestyle going forward—as long as I could cheat every once in a while with a few of my favorite bread-based recipes.

How to Become a Vegan

Things Your Grocer Won’t Tell You

Foods Everyone Over 50 Should Be Eating

This Is Your Favorite Fall Drink, Based on Your Zodiac Sign
Here’s Why the Brits Put Milk in Their Tea

Is It Safe to Eat Sprouted Potatoes?