Almonds are the healthy nut (only not).

If you’ve never seen a harvest machine shake my tree, sending almond fruits spraying into the sky like an explosion of glinting confetti, I recommend googling it for a small thrill. Then, next time you encounter a farmer who calls his wares “­ammonds,” you’ll understand the joke when he tells it. (They always tell the joke: “They’re almonds in the tree and ammonds on the ground because we’ve shaken the l out of them.”)

In California, not everyone appreciates a good almond joke. In the past several years, almond growers in the water-starved Golden State have caught flak for contributing to low river levels and endangering fish, among other things. In my defense, I am far from the only water-hungry crop, and it’s you humans who have turned me and my milks and butters into a health fetish, incentivizing farmers to harvest more of me every year. And, by the way, you admire me for more than my produce. Anyone who has watched a grove of me bloom into stunning pale pink during early spring can plainly see why I’ve been a symbol of light and vitality throughout history. In Greek mythology, the nymph goddess Nana became pregnant when an almond fell out of a tree and into her lap. In Judaism, the menorah that God decreed to Moses was to have almond blossoms on each of its branches.

Up close, an almond tree looks as if it’s loaded with immature peaches—green, fuzzy, ovoid. That’s because, though you call me a nut, botanically I am the seed of a fleshy fruit. While my exterior never gets as fleshy as a peach’s, I am otherwise unmistakably peachlike—it is my closest cousin. Farmers let my fruit dry on the tree till it splits, exposing the pit within. It has the same pocked appearance as a peach pit. And just like a peach pit, if you crack it open, you’ll see a seed inside. That’s me.

As interest in plant-based eating has soared, you’ve especially availed yourselves of sweet almonds (the most common kind), which you consume raw and roasted, whole with my skins, slivered and sliced, crushed into meal and flour, or as rich, luxurious butter. You appreciate my milk, too—and lest you dismiss that as a craze of the 2000s, it actually dates back to at least the 13th century, when it was sipped and used as an ingredient in cooking in medieval Europe and the Middle East. I like to recall that sweet, nutty simmered concoction of yore; my current liquid iteration is processed, pasteurized, and adulterated with emulsifiers and stabilizers to the point that any almondy flavor is faint.

Why, then, have you made almond milk so popular that it constitutes two thirds of the nondairy-milk market? Google me again and one reason comes up over and over and over: You’ve learned how exceptionally good I am for you. People who consume me aplenty seem to have an easier time with weight maintenance and a lower risk of Alzheimer’s and some cancers—credit my high fiber, healthy fats, and mother lode of vitamin E. If you were to compare me with the walnut, a health-haloed peer of mine, you’d find that I’m higher in fiber and protein and lower in fat (though if I’m honest, walnuts would have plenty to say about their superior omega-3s and mineral content).

You may be instinctively smart to prefer me not too almondy, lest I harm you. To understand why, let’s return to peaches. If you ate a peach seed, you would notice right away that it is intensely bitter—and tastes like a swig from a bottle of almond extract. Turns out my far-lesser-grown sibling, the bitter almond, has the same effect for the same reason: It, too, is overloaded with the chemical amygdalin, part of my chemical defense system to discourage animals from eating my seed. (If my seed gets chewed up, I can’t germinate and sprout a tree). But amygdalin breaks down into two molecules that are like Jekyll and Hyde to you: benzaldehyde, which carries that super­strong almond flavor, and hydrocyanic acid—which causes cyanide poisoning! One study found that 50 bitter almonds could kill an adult; just a few can kill a child. Hence the human preference for sweet almonds, which are bred to have much lower levels of amygdalin, the almondy-ness safely muted.

Manufacturers can deactivate hydro­cyanic acid via a heating process. That’s what they do to bitter almonds to create the almond extract used in baking all around the world and to give real marzipan its trademark punch. Same with the peach and apricot seeds that are used to make persipan, a cheaper version of marzipan. Oh, and here’s a fun one: Pistachio ice cream is most often flavored not with pistachios at all but rather with almond extract. The green dye and mixed-in pistachio nuts are there to maintain the illusion.

But I stand in for much more than just pistachios. After all, I represent life and rebirth. Just peruse the ­almond-shaped halo around the bodies of important religious figures in medieval Christian art. It’s not there by accident; in Italian that halo is called the mandorla, which is the word for—say it with me now—­almond. With the l. 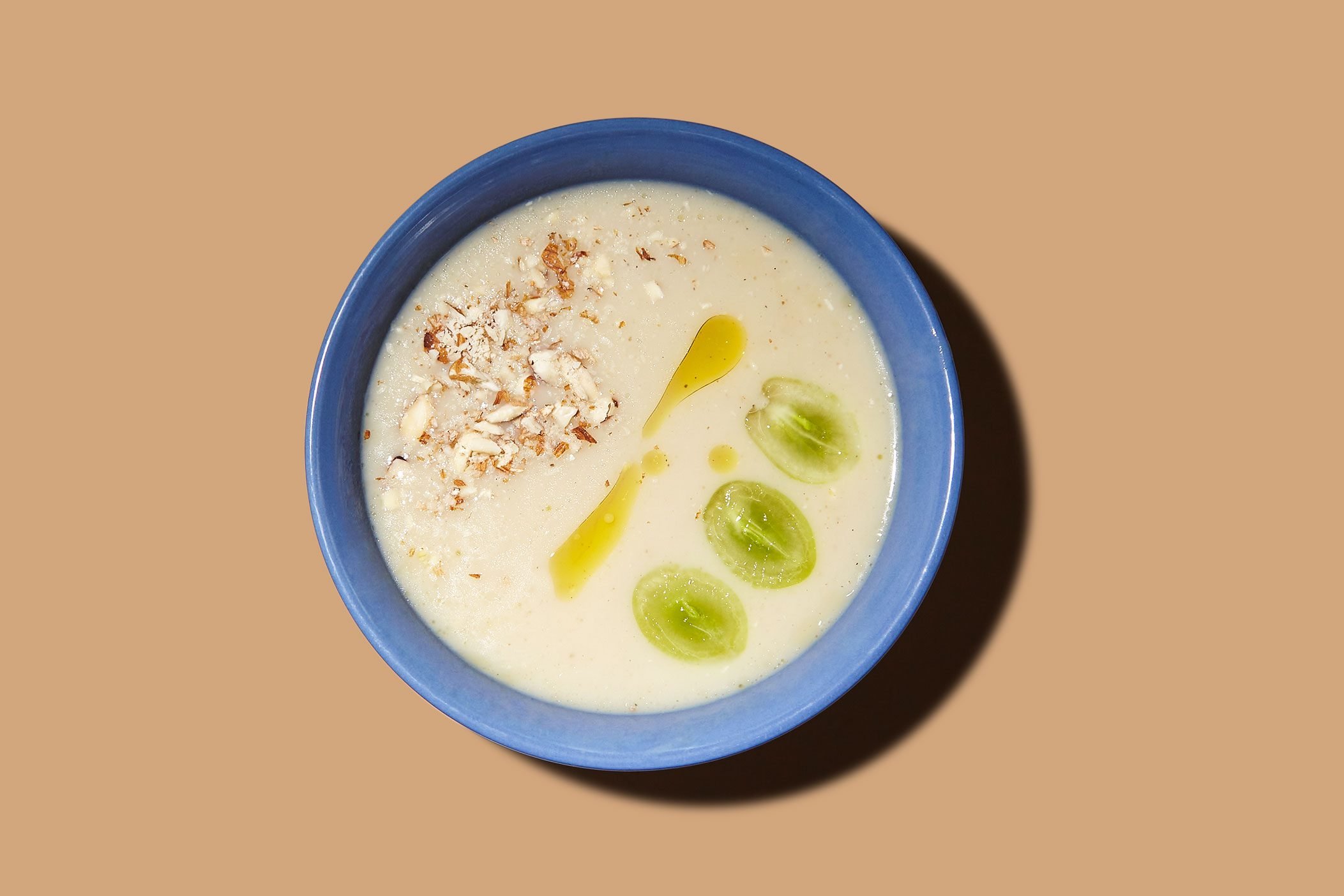 The Downside of Almond Milk People Aren't Talking About

If Grapes Could Talk, Here's What They Would Tell You