Learn all about the king of the ocean.

You may think of me as palatable and bland, the sight of me packed into cans reminiscent of school lunches and childhood picnics. But here’s what they don’t tell the kids: There’s very little that’s tame about me. One of the ocean’s fastest fish, I can grow to be 1,500 pounds of pure muscle. I fetch millions at Japanese fish markets. Forget the “chicken of the sea” pabulum. I am the Schwarze­negger of the sea, superlative and dominant.

Consider my body: My slick skin defines hydrodynamic elegance, my half-moon-shaped tail resembles a dragster’s, and my dorsal fin collapses into a pocket on my back just like the door handles on a Tesla. Given what a baller this all makes me, it should come as no surprise that I’m honored in cave paintings dating back to 3000 BC. Phoenician coins from 2000 BC feature Hercules on one side and me on the other. Five years ago, modern Navy scientists pinpointed just how perfectly evolved I am for efficient speed: They modeled their new underwater spy drone, the ­GhostSwimmer, on me. Maybe it’s time they renamed their vaunted SEALs the TUNAs.

OK, you’re wondering how I can be both such a ho-hum part of everyday life and so high-rolling. How is it that a can of me costs a dollar while the same little puck-size quantity of my raw meat could go for $100 in a different context?

I’ll tell you how. The fish you colloquially call tuna is actually seven species of fish. Bluefin is the largest, as long as a BMW sedan and at the top of the food chain. (A single bluefin sold for $3 million last year.) Along with the only slightly less prized bigeye and yellowfin species (the ahi steak popular in poke bowls and at the fishmonger’s), it is one of the three sushi-worthy ­tunas.

On the other end of the spectrum is the smaller albacore tuna, plus my stepbrother, skipjack. Biologically speaking, skipjack is in a different category of tuna from the others, if you look solely at the evolutionary tree. But commercially it’s my most important variety, easier to catch and can in bulk and thus accounting for $18 billion of the $42 billion worth of me that gets sold hither and thither each year.

No matter the species, I’m always lean and mean, with meat very high in protein and low in fat. That leaves human diners with two ways to go: You can eat me raw or almost so, with edges seared and the inside still red, or you can cook me through and accept that I’ll dry out quickly. Americans in particular have devoured me in the driest possible way: superheated into shelf-stable cans. Until the ’90s, you ate more and more of me every decade for 50 straight years!

It’s true that I can be delicious canned, provided you don’t go light on the mayo—or, for a more heart-healthy and deliciously fatty tuna salad, the olive oil. In terms of taste, any old can from the supermarket will do, whether skipjack (“light”), albacore (“white”), or yellowfin.

If you want to do right by the ocean, however, opt for troll-caught or pole-and-line-caught tuna. These “one fish, one hook” methods nab me without nearly as much bycatch. Longlines and purse seines, or huge nets, often wipe out entire schools, including tuna too young to have had a chance to reproduce. And lately there’s renewed concern about mercury levels in my meat (including in my steaks). For the record, since cans of “chunk white” and “solid white” albacore have nearly three times as much mercury as canned “light” skipjack, it’s recommended that young children and women of childbearing age dine on me in that form no more than once a week.

My tinned meat will be more flavorful and less chalky if packed in oil, while my belly meat, in cans labeled “ventresca,” is silkiest of all. But if mayo is going to be involved, none of that matters much. Mix me with onions, celery, capers, and the like (some of you add halved grapes for a sweet crunch), and you have a flavorful, high-protein filling for your sandwich.

When you do splurge on my high-end versions, either as sushi or by ordering that rosy-red ahi steak at your local fish joint, keep a few things in mind. Take a pause on eating my bluefin brothers for a while, because they are in deep trouble. In the northern Pacific and in the Southern Hemisphere, the current populations are estimated to be only 3 to 4 percent of what they were before you overfished us. If all you humans made that one sacrifice, we could recover pretty quickly. Don’t forget that getting rid of an apex predator like me has grim repercussions all the way down the food chain. 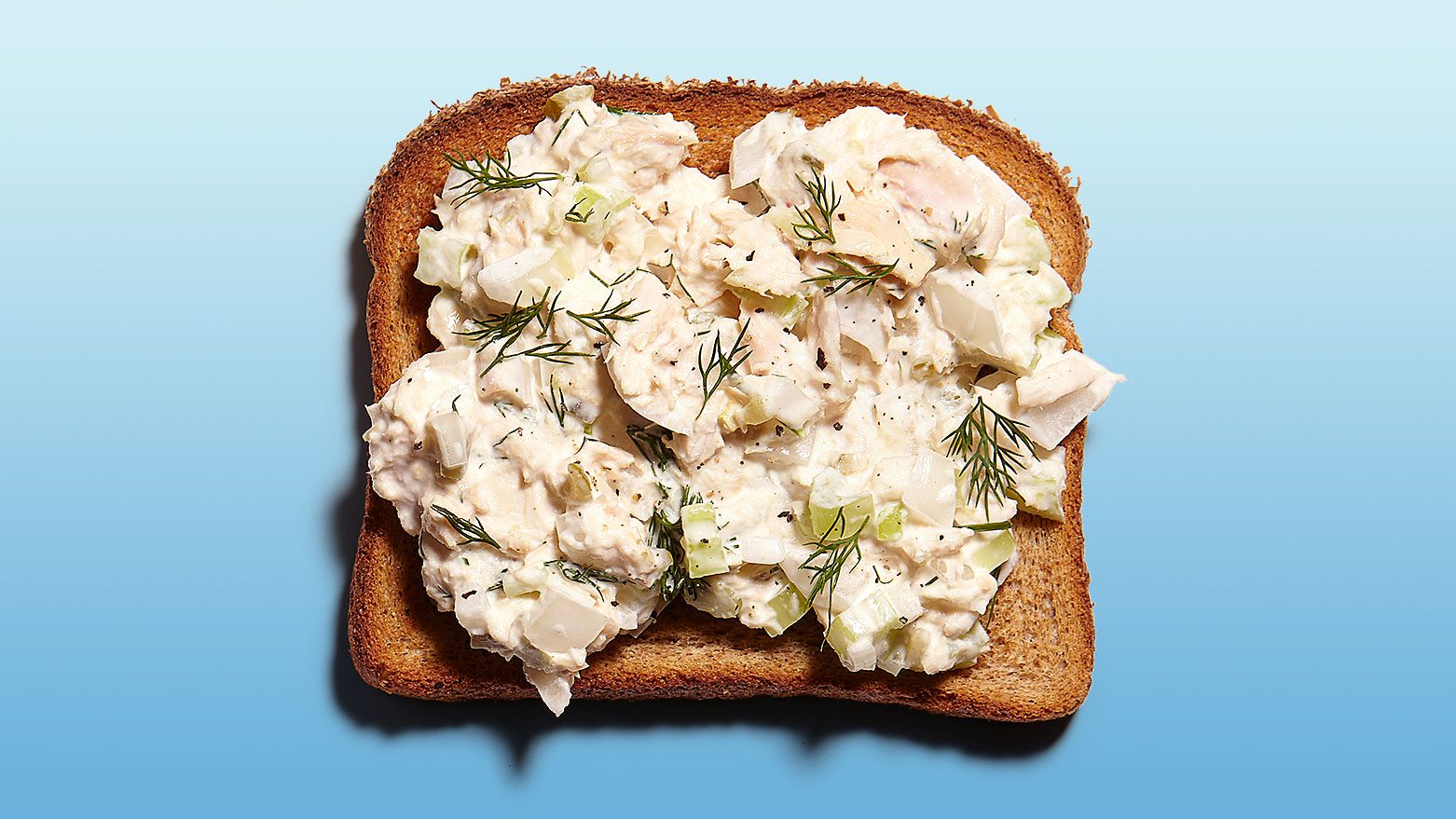 100+ Funny Cat Names That Are Purrfect for Your New Kitty