Micha Porat was driving through Miami Beach a little after midnight when he saw a small animal, the size of a cat or a large rat, in the middle of the road. Even in the dark, Porat could see the animal moving slowly; it was clearly alive. So he stopped and got out of his car.

A self-employed marketer, Porat also runs a popular and humorous Instagram account called Gomi the Frenchie (@gomithefrenchie), which tracks the antics of his three-year-old sandy-colored French bulldog. Gomi has more than 87,000 followers, and they were about to come to the rescue of what turned out to be a partly blind and deaf Chihuahua that Porat found crossing the road.

He took the eight-pound dog home, and by 2 a.m. he had posted a photo and video of her snuggling with Gomi. By the time the sun came up, thousands of people had seen the video. At least one of them recognized the Chihuahua as a 14-year-old named Osita who belonged to Gustavo Briand, a salon owner in Miami Beach. Within a day, Osita and Briand were reunited. (These are the secrets your pets won’t tell you.) 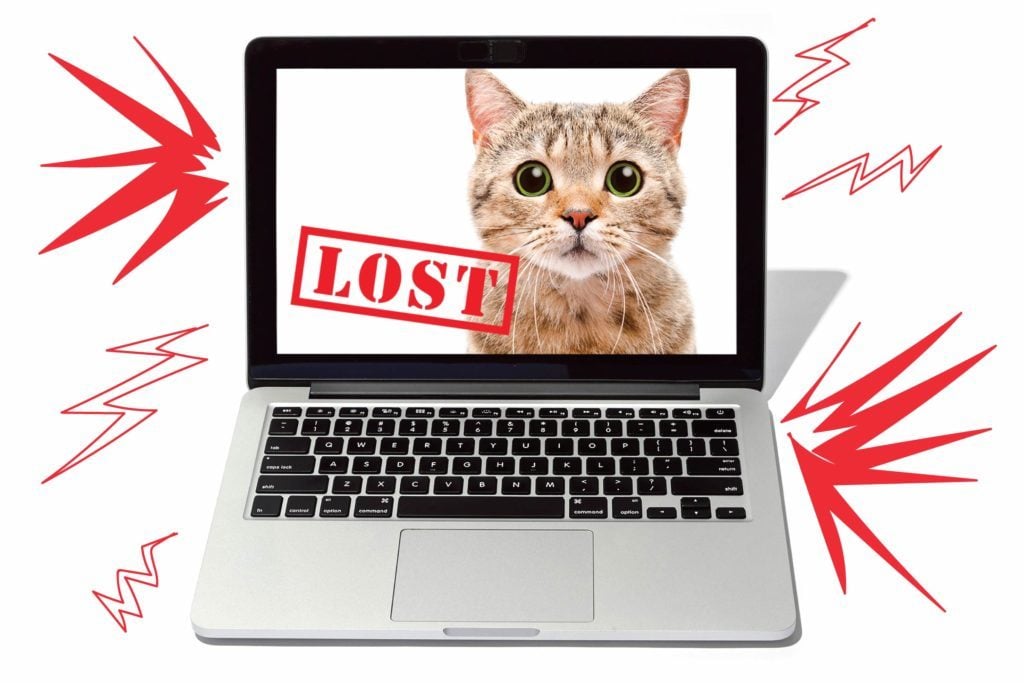 The Chihuahua’s tale is part of a story that has become more common all over the country: An animal is lost. A message or picture is broadcast on social media. Hundreds of concerned “friends” repost or retweet. The owner finds his or her lost animal, and they live happily ever after.

One New Jersey woman was reunited with her cat, Jimmy, two years after losing him, when she spotted him on a shelter’s Facebook page. A dog who bolted from his owner’s jeep at a music festival in Arizona was back with his person after a blast on Facebook and Twitter. (On the other hand, you should never post these kinds of photos on social media.)

“Social media is changing the results of pet tracking,” says Adriana Bradley, 34, of Wantage, New Jersey, founder of the Lost and Found Pets in North Jersey Project, a Facebook group. “Just sharing one post on social media can help.”

Thousands of lost-and-found-pet Facebook groups have popped up in recent years. (If your area doesn’t have one, don’t fret. Community Facebook pages are often just as dedicated to searching for lost pets.) One group, Lost Pets of the Hudson Valley, in New York, has 49,000 members, and eight volunteers run it practically round the clock. The group’s founder, Bentley Potter, started the page after noticing an unreadable sign for a missing pet on a telephone pole.

Sometimes, Potter says, pet owners will find their animals mere minutes after a photograph is posted. “So many people have told me that this is the only good reason for Facebook,” he says.

There are all kinds of digital pet detectives, each more clever than the last. An app called Paw Boost puts out alerts to shelters and rescuers, while the Pet Safety app from the American Society for the Prevention of Cruelty to Animals (ASPCA) can help you build a shareable digital flyer for your lost pet. Perhaps the most high-tech app is Finding Rover, which uses facial-­recognition technology and an interactive tracking map to search for lost pets in more than 200 participating shelters nationwide.

These new resources are great at helping find lost animals, but you’ll help yourself (and your pet) even more with a few precautions:

Dr. Emily Weiss, vice president for research and development with the ASPCA, says collars and identification tags are the most direct way to get a dog or cat back home, yet only 33 percent of owners tag their pets.

Take pictures of your pet

Yes, we know you do this all the time anyway. In case you need to put together a lost-pet flyer, make sure you keep notes on your pet’s approximate weight and size from your last vet checkup and have at least one good photo handy that shows any identifying marks. Besides, you want your furry friend to look his best. He just might become a social media star.