Tips for turning an uncomfortable conversation about race into an opportunity for growth.

And unlike the groundbreaking show Mixed-ish, portraying a married interracial couple raising three biracial children, not every disagreement that comes up between us is a “learning moment” on cultural sensitivity or ways to fight racism. Discord for us is like most couples: differences of opinion, being triggered by something the other did or said, old emotional wounds, adjusting to 24/7 quarantine togetherness, or just being desperately hungry.

Race so seldom plays a role in our day-to-day lives. However, following the death of George Floyd, a Black man, at the knee of Derek Chauvin, a white police officer, and the subsequent protests, the whole issue of race became amplified as we grappled with these issues and complex feelings.

Coming from different cultural backgrounds and different ideologies can be a cause for some tense conversations around the targeting of Black people, police violence, and systemic racism.

Here are some things we do to take the heat out of talking about race.

To love, accept, and validate

Years ago we listed things we felt were important in keeping our relationship strong. Those things have become our communication vows: to love and accept each other and to validate one another’s emotional experiences. So rather than rush in to fix a problem, we try our best to listen first, ask questions second.

Without that kind of understanding in place, tough conversations would be almost impossible, particularly those touching on subjects as potentially volatile as race, police violence, and social justice.

The astonishing thing is that by now, these “vows” have become the invisible backdrop behind our talks, so we can fall into a place of listening with acceptance without thinking about it. This comes in handy when one of us voices frustration and the other is just able to take it in without needing to do anything about it.

If this doesn’t come easily for you (and it didn’t for us for a while) you can start with these 7 ways to be more accepting of your partner.

These conversations usually happen when we’re hanging out in our front yard or sitting together on the couch and the subject turns to the following: “So, how are you doing with all this stuff in the news?”

During those times, when we delve into tougher feelings, we aim for being a better listener by staying in the moment. This means putting down the book or the phone, blocking out the distractions of neighbors walking by, and fully giving our attention to the other. Here’s how couples can become better listeners and strengthen their relationships.

Listen to understand the other’s point of view

It can be challenging when we disagree on something we feel strongly about. The way we try to improve our communication at those times is to take a step back and start asking questions to better understand the other person’s point of view. It doesn’t mean that we’ll end up agreeing, but it lessens confusion and defensiveness when we can understand why the other thinks the way they do.

So, as we discuss our reactions to Floyd’s killing and the protests, we may ask the other, “How did you come to think that or feel that way?” And it’s not uncommon that it’s the first time we’ve had to think about how we formed some ideas on a specific issue.

We both grew up in segregated environments and were exposed to ideas and beliefs about other races that reflected our environments. Some of those ideas we abandoned if they didn’t fit our concept of the world and some we’ve kept.

To hear the other’s perspective, self-reflect on, and challenge ideologies we hold helps us refine our thoughts and see a wider picture of the world.

Don’t worry about being politically correct

We call it as we see it because of our core belief that our relationship is a safe place to be real.

So, when we’re talking about things we’re seeing on the news, there are things that are just unequivocal: These are images of white cops killing Black men or these are images of Black people looting businesses downtown. We don’t dance around the issue.

Keep the dialogue flowing even if we hit a sore spot

To say that talking about race doesn’t press some sensitive buttons would be a lie. The worst thing to do, though, is to clam up and stop talking (or stonewall) because we’ve become upset. That can lead to passive-aggression and resentment. Or the opposite: speaking out of anger and saying things you should never say to your spouse or partner.

What we do instead is keep talking until both have stated their point of view and if we can’t come to an agreement, let it go and move on.

What I’ve seen happen in our conversations is that when we hit upon a provocative issue like where to draw the line between social reform and community responsibility (or if such a delineation is even useful), after a couple of turns in sharing our thoughts and hearing the other person out, we’ll eventually get to, “Yeah, I see what you’re saying.”

Be all right with opposing opinions 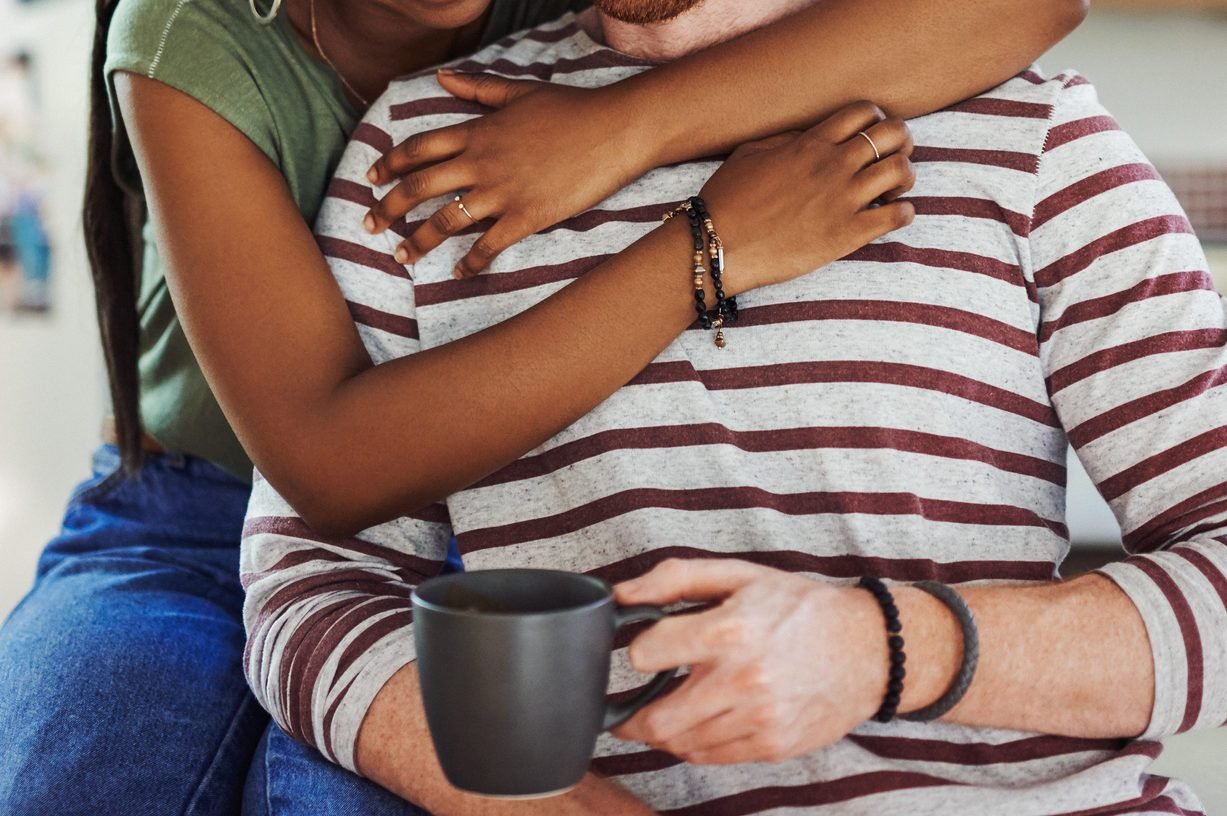 We have to be all right with the other person having a different opinion because we’ll never agree on everything 100 percent. Since we base opinions on feelings or ideologies and not facts, they can be contentious if we hold on to them firmly.

Knowing that we try to be clear by saying: “This is just my feeling; I’m not saying it’s a fact or that it’s even right. It’s just how I feel.”

When it comes to discussing things like social justice, we both have opinions on what should be done to address the issues, the points that should take priority, and who should shoulder responsibility for what.

And since we are not part of a governing body, but a couple having a conversation on their couch, it’s just better to allow for the fact that we see some things differently.

Because discussions about race and social justice can be fraught with tension, we’re sensitive to jump on things we agree on. We take some fire out of the conversation and reestablish our connection by taking a moment to acknowledge the points where we overlap and say, “You’re right about that, or I agree with what you just said.” Those moments feel more affirming than the moments of asserting our individual point of view.

An easy point for us to agree on is that the protests are good for raising awareness, propelling social reform, and showing global solidarity against racial injustice; while looting is untenable and deplorable, detracts from the movement, and gives those who already hate people of color evidence to prop up their hatred.

Come from a place of mutual respect

We can easily reduce differences of opinion on race within a group of acquaintances by saying, “s/he just doesn’t get it” and writing the person off. Within a couple, though, where you have history and know this person intimately, you also know the following: 1.) They have a genuine interest in doing the right thing and 2.) Dismissal would be disrespectful and damaging to the connection.

One of the signs that your relationship is solid as a rock, is your mutual respect of each other. One way we show that is in the value we place on our connection and the steps we take to keep that connection strong.

Mind you, these conversations don’t go perfectly every time. We’re human and sometimes we don’t get the words right. However, we know that we’re coming from a place of wanting to understand, to be understood, and to gain a wider perspective.

These could be some of the hardest conversations interracial couples have and as we move through this moment in history together, it’s important to remember that we’re on the same team.

On the macro-level, as we hold conversations across cultures in the United States, the same holds true: We’re on the same team.

Next, learn what anti-racism means and what it means to be anti-racist.

What Does BIPOC Stand For?

Tamara Jefferies
Tamara Jefferies MA is a freelance wellness writer and holistic counselor/coach. She has worked in the wellness field since 2005 and holds a Master's in Somatic Psychology from John F. Kennedy University. She is a certified yoga teacher and holistic practitioner offering transformational counseling to women. As a freelance wellness writer, writing on topics that help women heal, grow, and live fulfilled and happy lives is her passion as is writing for wellness businesses, publications, and brands. She is a regular contributor to the wellness brand, The Candidly.
Now Trending
9 Things You Should Do If You’ve Just Been Laid Off
25 Best Books by Black Authors You’ll Want to Know About
10 Black History Month Movies Worth Watching Year-Round