Is Your Sunscreen Doing More Harm Than Good? Here’s What to Look for

We know we need sunscreen to protect us from the sun's harmful rays. But could using it be harmful to our health? 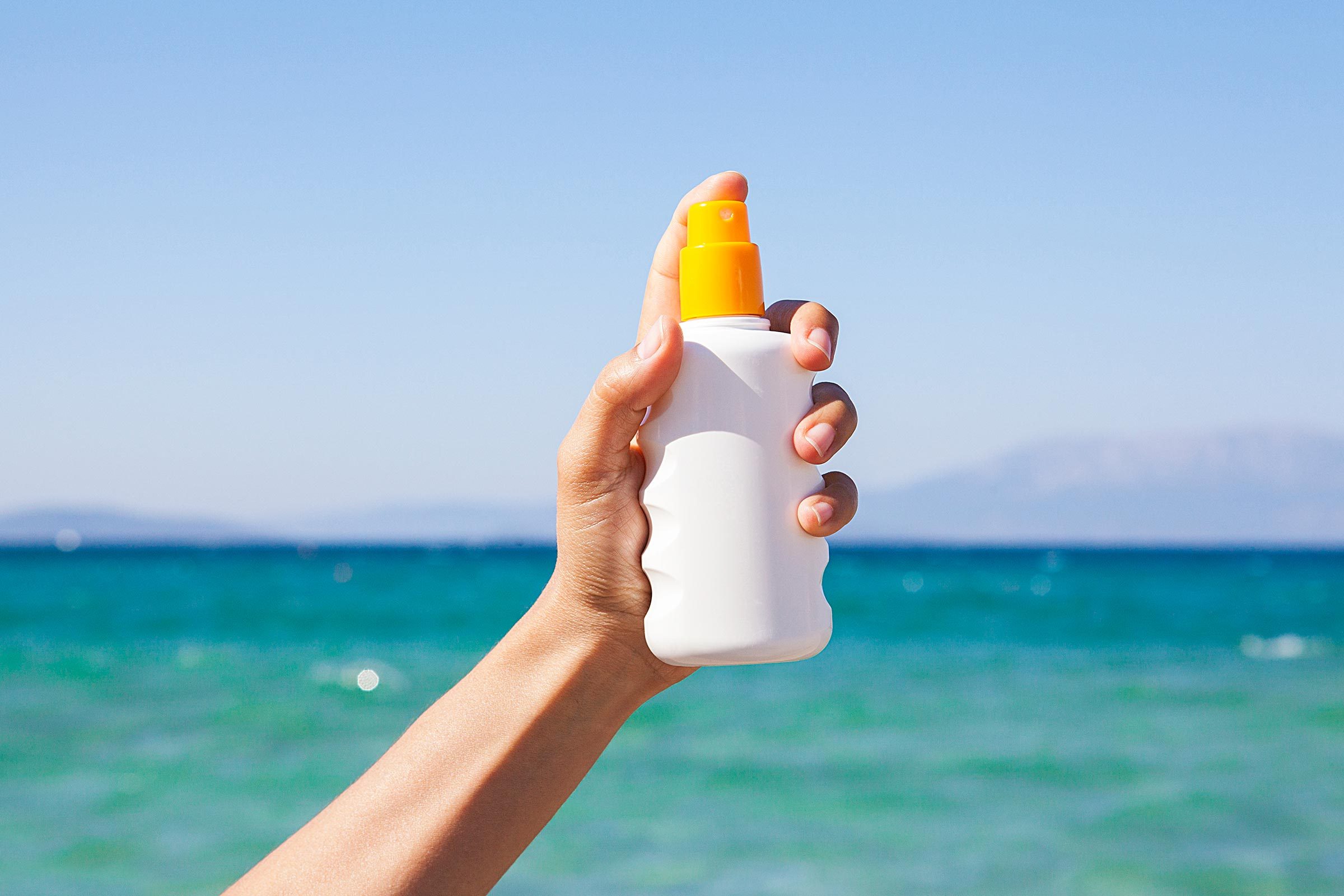 The American Academy of Dermatology (AAD) recommends using sunscreen to prevent skin cancer. But experts are concerned about some of the ingredients in sunscreen and whether it actually offers as much protection as people think it does. Here’s what the controversy is all about—and advice that will keep you safe at the beach this summer.

The Environmental Working Group (EWG) reviewed data on the nine chemicals most commonly found in sunscreen—and concluded that there is cause for alarm. “Laboratory studies indicate that some chemical UV filters may mimic hormones, and physicians report sunscreen-related skin allergies, which raises important questions about unintended human health consequences from frequent sunscreen application,” the EWG states on its website.

Tanya Nino, MD, a dermatologist at St. Joseph Hospital in Orange, CA, says all the evidence isn’t in yet: “The FDA recently asked for more information to determine which ingredients are safe and effective.” In the meantime, these are the 12 sunscreens that the EWG considers to be the safest.

“Generally recognized as safe and effective”

The FDA has determined that two ingredients commonly found in sunscreen are what’s known as “generally recognized as safe and effective” (GRASE). These are titanium dioxide and zinc oxide. Two other ingredients, PABA and trolamine salicylate, are not GRASE, according to the FDA—but those ingredients are not found in sunscreen sold legally in the United States. The FDA has asked manufacturers to submit information on the safety and effectiveness of 12 other ingredients before determining whether they’re GRASE. Those ingredients are: ensulizole, octisalate, homosalate, octocrylene, octinoxate, oxybenzone, and avobenzone (commonly found in sunscreen in the U.S.); and cinoxate, dioxybenzone, meradimate, padimate O, and sulisobenzone (not commonly used here).

Among the ingredients that are under greatest scrutiny are oxybenzone and octinoxate. “The potential concern is to what degree they’re absorbed systemically into the body and whether absorbing them has an effect on the skin and body,” says Dr. Nino. The most concerning, according to Dr. Nino and the EWG, is oxybenzone, a UV filter that has been shown to cause allergic skin reactions in some people and has also been linked to hormone disruption. Of moderate concern is octinoxate, another UV filter that has been shown to have hormone-mimicking effects in animal studies.

A different kind of skin damage

Sunscreen is used to prevent damage to the skin—but dermatologists sometimes see skin breakouts from sunscreen use as well, especially in people who have sensitive skin. In these cases, Dr. Nino directs her patients to a mineral sunscreen that contains zinc oxide or titanium dioxide.

“These are generally recognized as being safe because they’re minerals already found in our environment,” she says. “They work in a different way than chemical sunscreens do,” in that they’re not absorbed into the skin but rather act as a physical barrier between skin and the sun’s rays.

Look for a sunscreen that indicates on the bottle that it’s made for sensitive or acne-prone skin. She adds that some acne medications cause photosensitivity, making it vital to wear sunscreen so your skin doesn’t burn.

What should you look for in a sunscreen? It should be labeled “broad spectrum,” which means it blocks both UVA and UVB rays. And it should have an SPF (sun protection factor) of at least 30, according to the AAD.

Is it true that an SPF above 30 provides no additional benefit, as many people think? “No,” says Dr. Nino. “Higher numbers do block more but not significantly more.” An SPF of 30 blocks 97 percent of rays, for example, while SPF 50 blocks 98 percent. (Parents—note that you shouldn’t use sunscreen on babies younger than six months.) Here are 10 more sunscreen myths that make dermatologists cringe.

Some of Dr. Nino’s patients will come in for an appointment and say, “I got a sunburn, but I was wearing sunscreen.” “It happens every day,” she says. The problem is that they may not have applied sunscreen correctly or may have been lulled by a false sense of security into staying in the sun longer than they otherwise would have.

“Look at the label and see if it’s water-resistant and, if so, for how long,” she advises. The bottle will say either 40 minutes or 80 minutes—after which time you must reapply if you’re in the water or sweating. The AAD recommends reapplying every two hours if you’re in the sun.

And use more: Aim for a shot glass full (about one ounce) for your entire body. Other ways to protect your skin include wearing sun-protective clothing and seeking shade between 10 a.m. and 2 p.m. (“or when your shadow is shorter than you are,” says Dr. Nino). You may not realize you’re making these 18 sunscreen mistakes, either.

What about spray sunscreens?

They’re popular because they’re so easy to use. But Dr. Nino doesn’t recommend them, preferring lotions or sticks instead. For one thing, she says, “We don’t know the safety of inhaling the ingredients in a spray sunscreen.” For another, it’s more difficult to tell how much you’re using and it’s easy to miss spots. “That being said,” she acknowledges, “the best sunscreen is one you’re going to use.” If you do decide to use a spray, apply it in a well-ventilated room or outdoors and be careful to spray onto all exposed skin.

Despite all the concerns about sunscreen, experts are adamant that you should still use the stuff. “We want to get away from the fear of sunscreen,” Dr. Nino says. “Ultraviolet light is the single most preventable risk factor for skin cancer—which can have horrible effects and, in the case of melanoma, can be deadly.” Look for barrier style sunscreens, like the ones listed here. You can also check out which sunscreens dermatologists use themselves.

This Is the Most Overlooked Fire Hazard at Home
50 Everyday Habits That Can Make You Look Younger
How Bad Is It to Not Wash Your Bath Towels Every Week?