Jesse Eisenberg: What Do You Do When Your Mother Won’t Shut Up at The Ballet?

Jesse EisenbergUpdated: Apr. 15, 2016
From the book Bream Gives Me Hiccups 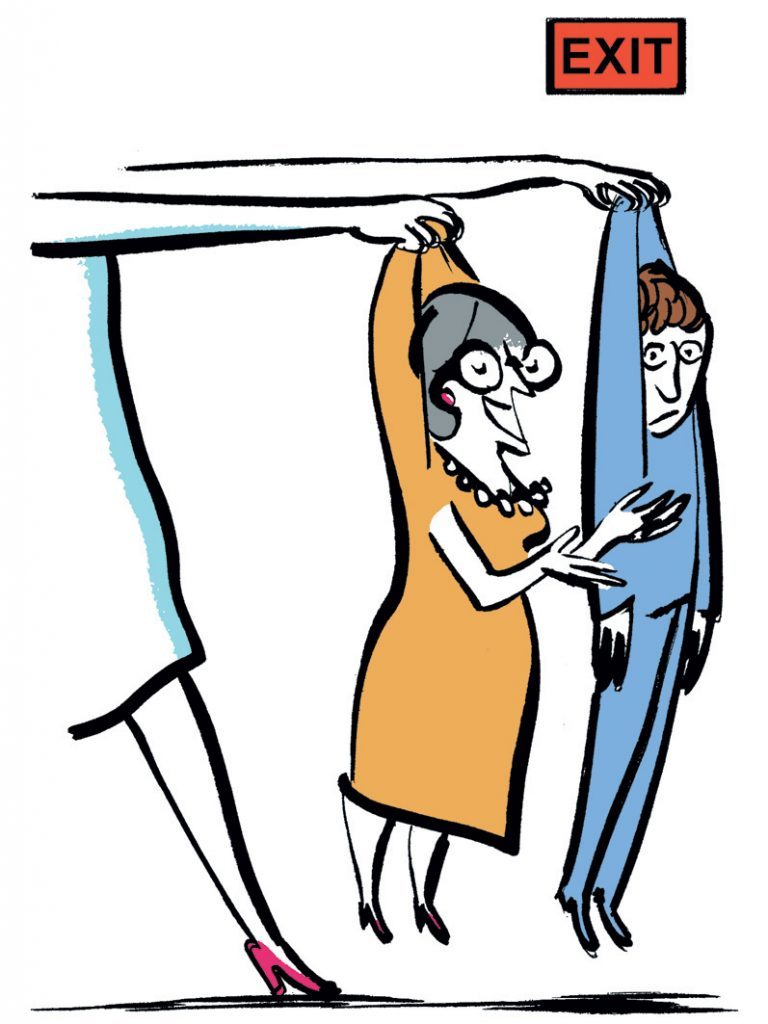 Where have you been? It’s starting in five minutes! I hate having to leave your ticket at the box office. Why can’t you just show up on time like a normal person? You think you’d be able to be here early since you’re not coming from a job, a girlfriend, any kind of rich social life, or a commitment to public service. Anyway, I’m glad you’re here. Give me a kiss.

What did you think of that usher? She seems pretty, a little chunky maybe, but nice, right? A nice face. You need to find someone like that. Did you like her? Did you say anything to her, or did you just nod and shut down like you do around any girl who’s not Sarah?

OK, it’s starting. Do you know anything about this ballet? It was $125; you should know what you’re seeing. It was written by Wagner, which is pronounced “Vagner” and who was a Nazi but before Hitler. OK, turn your phone off. It’s starting.

You see, what’s happening now is that she’s in love with those three men? That’s why they’re all holding the roses. And she’s courting them at the same time. Like when you drove all the way to Providence for Sarah’s graduation, and she decided she didn’t have any time for you. But I’m sure she was able to squeeze in some time for what’s his name. Patrick? Are they still together? They deserve each other. She was never right for you. She brought almond cake to the house after your grandmother’s funeral. As if one death wasn’t enough, she wants me to go into anaphylactic shock at my own mother-in-law’s funeral? I’m not telling you whom you should date; it’s not my business, and I respect your “process,” but that girl was an ungrateful hussy who never appreciated you.

[pullquote]Why can’t you stand like that? You look like you’re apologizing even before you open your mouth.[/pullquote]

Why can’t you stand like that guy onstage? Look at his posture. His shoulders are back. He has confidence. You look like you’re apologizing even before you open your mouth. You walk into a room, no one notices. He walks onstage, we’re all looking. Look at him; he’s like a walking picture.

Stop nodding off. What did you do all day that you’re so tired? Are you sweating? You smell like you’re sweating.

Look who she’s dancing with now. Quelle surprise! You see? When you stand up straight, she takes your rose. It’s just about the confidence you project. Even someone who looks like you. If you had confidence, people would notice you. There was a kid in a wheelchair back in Elmhurst, but he was so funny, he knew how to laugh at himself, and, in a way, we all liked him.

What she’s doing now is called a pas de chat. It’s French, and we all know how you did in that class, so I’ll just solve the mystery and tell you that it means Step of the Cat.

Ah, look at that! She just fell! Ha! Clumsy. I could do that. Step of the Cat. I used to dance; did I tell you that? I could’ve been successful if I hadn’t had your sister. She tore my body apart. She’s still destroying me, in a way. I could’ve done that. It looks harder than it is.

Oh, he’s back! Look at him! He’s an Adonis. Do you think he puts something in his pants to fill it out? Your father was the only man I’ve ever been with. Can you believe that? It’s noble, in a way, but I’m not going to heaven for not having any fun.

Can you please pay attention for a second? Your fidgeting is distracting me. I understand you’re impatient. I’ve been impatient too. Like when I was impatient for 36 hours while you took your sweet time ambling down my birth canal. That wasn’t exactly fun for me either. Had I known about the size of your head, I would’ve gotten a Cesarean. Hindsight, right?

OK, what’s happening now is we’re being kicked out because I’m talking too much. The usher, who I initially thought was pretty—Hi, dear!—is escorting us out. And understandably so; I haven’t stopped audibly insulting you since this started, and it’s distracting to the other patrons. She is actually cute, up close. A little flabby in the neck but cute. Try to get her number.

Listen, I can’t drive you home; you’ll have to take the train. Traffic is a nightmare at the tunnel right now.

I’ll see you next week. Try to be on time. I think it was a great idea that we got these season tickets. Give me a kiss. Love you, sweetheart. 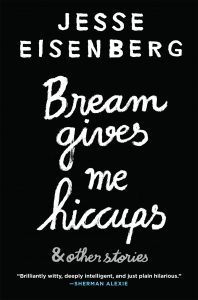 Grove PressJesse Eisenberg is an Academy Award-nominated actor, a playwright, and a contributor to the New Yorker and McSweeney’s. Read more hysterical essays by Jesse Eisenberg in his book Bream Gives Me Hiccups, available now.

Jesse Eisenberg
Jesse Eisenberg is an Academy Award-nominated actor, a playwright, and a contributor to the New Yorker and McSweeney's.