The Last Thing JFK Said to Jackie Before He Died

John F. Kennedy had told Jackie she looked "smashing" in the pink suit she wore that fateful day in Dallas, but those weren't his final words. 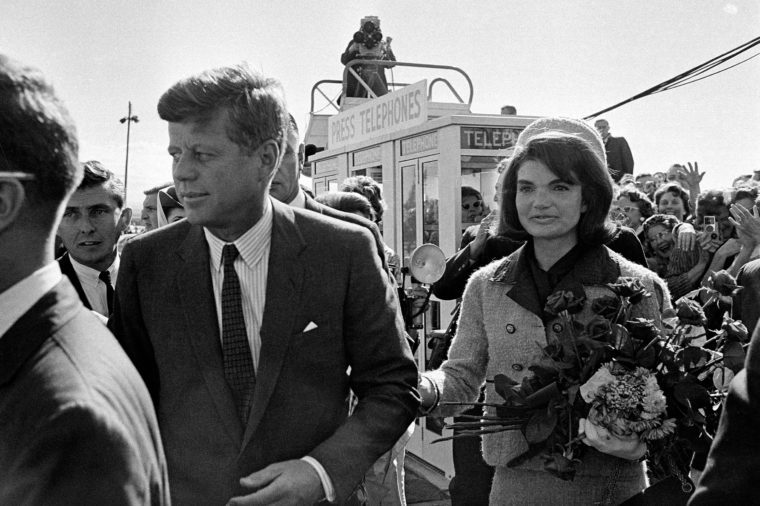 The love story between John F. Kennedy and his wife, Jackie, was far from perfect and was tragically cut short in 1963 by a sniper’s bullet. Yet it endures as one of America’s great romances, documented in sweet, nostalgic photos like these. And one reason for that may be the way his final moments, and their epilogue, played out.

On November 22, 1963, President John F. Kennedy was seated beside his smartly dressed wife, who was wearing a pink Chanel-like suit and matching pillbox hat and holding an armful of red roses that had been presented to her by adoring fans. They were seated in the back seat of a dark blue 1961 Lincoln Continental convertible sedan with John Connally, the Governor of Texas and his wife, Nellie. Jack was waving at the crowd that had assembled to watch the presidential motorcade proceed through the streets of Dallas.

And then came the moment of utter confusion. As the motorcade passed the Texas School Book Depository on Elm Street, a loud noise—like the sound of a firecracker or a car backfiring—cracked the air. The vignettes: President Kennedy slumping forward. Jackie putting her arms around him. Then another loud burst, and another, and Jackie abruptly crawling out onto the Lincoln’s trunk. She seemed to be reaching out for something. This is the real reason Jackie Kennedy married JFK.

The look on her husband’s face after he was shot would haunt Jackie for the rest of her life, revealed Christopher Anderson’s These Few Precious Days: The Final Year of Jack with Jackie. He looked puzzled, as The Mirror describes it. The last words she ever got to say to him were, “I love you, Jack. I love you,” according to Anderson, although Jackie herself recalled it slightly differently in a 1963 interview, as reported by the New York Daily News. All the way to Parkland Hospital, where President Kennedy would eventually be pronounced dead, as she recalled it, she was bent over him, asking “Jack, Jack, can you hear me? I love you.”

Jack Kennedy’s final words to his wife of 10 years were far more mundane, of course. He had no way of knowing what was about to happen. It’s been reported that Jack’s final words were, “My God, I’ve been hit,” but physicians have said this was impossible given Jack’s injuries. Well, historians have now clarified that the last words Jack spoke before the fatal shot were, “No, you certainly can’t.”

No, you certainly can’t?

He was making small talk in the car. “You certainly can’t say that the people of Dallas haven’t given you a nice welcome,” the Texas Governor’s wife had just remarked to Jack, referring to the huge, adoring crowd. Get a look at these rarely seen photos of Jackie Kennedy.

“No, you certainly can’t,” Jack replied, milliseconds before the bullet from Lee Harvey Oswald gun struck. The President was still alive when he was admitted to the hospital less than 10 minutes later, and Jackie did not leave his side or take off the suit which was now blood-soaked and splattered with brain tissue.

At the hospital, when Ladybird Johnson asked Jackie if she wanted to change out of the blood-soaked pink Chanel suit, Jackie refused, saying: “I want them to see what they have done to Jack.”

John F. Kennedy never spoke another word after that fateful day, but many things he said during his lifetime endure and are and incredibly inspiring. We’ll leave you with these John F. Kennedy quotes that can inspire us all to be better people. 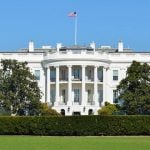 Why Is the White House White?