The Winters Of Our Content: Remembering Jonathan Winters At His Funniest

Jonathan Winters is dead. Long live the king of improv. The actor/comedian starred in movies like It’s a Mad, Mad, 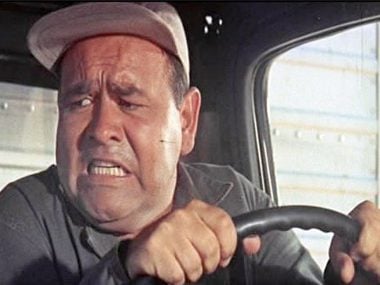 Jonathan Winters is dead. Long live the king of improv.

I have one such story. It was the 1980’s, I was attending Kenyon College, Winters’ alma mater (or would have been had he not been kicked out.) He came to speak to our drama class. As we settled into our seats, the classroom door burst open. A barrel chested, severe looking man marched to the front of the room, grabbing a pointer along the way.

“Men,” he said, to the men and women in the room. Then pointing to the blank blackboard, “The Nazi’s are over here, and this is where we are.” Winters locked eyes with a confused drama nerd who majored in Shakespeare. “You!” Hamlet jumped out of his seat. “Bring your tanks up along the ravine. Major!” He shouted to the class ingénue, “Have your unit follow him over the ridge.” She nodded, though she wasn’t sure what she was agreeing to.

After about 20 minutes, Winters had given each of us our marching orders, wished us the best of luck against the German Panzers, then stormed out of the room with a swagger befitting Patton.

For those unlucky enough not to have experienced a performance by Winters— impromptu or otherwise—here are some that were caught on celluloid.

The best of Jonathan Winters’ improv and sketch comedy

20 of the Best Dog Movies to Watch with Your Pooch

75 Classic Family Movies Everyone Will Enjoy