Kate Middleton Might Break This Royal Tradition with Her Third Baby

It's for an incredibly thoughtful reason. 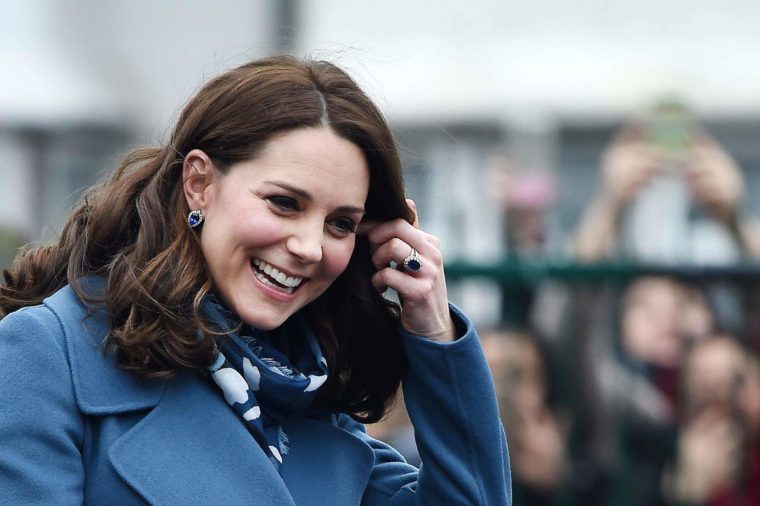 Kate Middleton is the royal we all wish we could be. She is graceful, charming, and undoubtedly the most well-dressed woman in any room. Plus, after nearly seven years as a member of the British royal family, it’s safe to say the Duchess has dutifully brushed up on every royal etiquette rule in the books. So it might surprise you to learn that she is allegedly planning one major break from tradition.

Word on the street is that Kate would like to deliver her third baby at home. While she gave birth to Prince George and Princess Charlotte in a hospital, she reportedly hopes to stay more out of sight this time around.

“She has discussed it with William and he is being very supportive,” a source told The Express. “They both think it would be lovely for the family to have a home birth, particularly for George and Charlotte.”

Prince George and Princess Charlotte—as well as Prince William himself—were born at St. Mary’s Hospital in London. But the press, well-wishers, and royal security often disrupted the hospital’s daily operations. According to recent reports, the Duke and Duchess hope that a home birth will diminish some of the chaos.

Kate wouldn’t be the first royal to give birth at home, though; Queen Elizabeth II herself delivered all four of her children at Kensington Palace. While a home birth may not be completely unheard of for the royals, that doesn’t mean they follows all their rules all the time. These are the 12 times the royal family broke their own protocol.