If Your Kid Plays This Sport before Age 12, Their Brain Could Be at Risk

Playing this very popular sport at an early age can really put your child's cognitive development at risk. 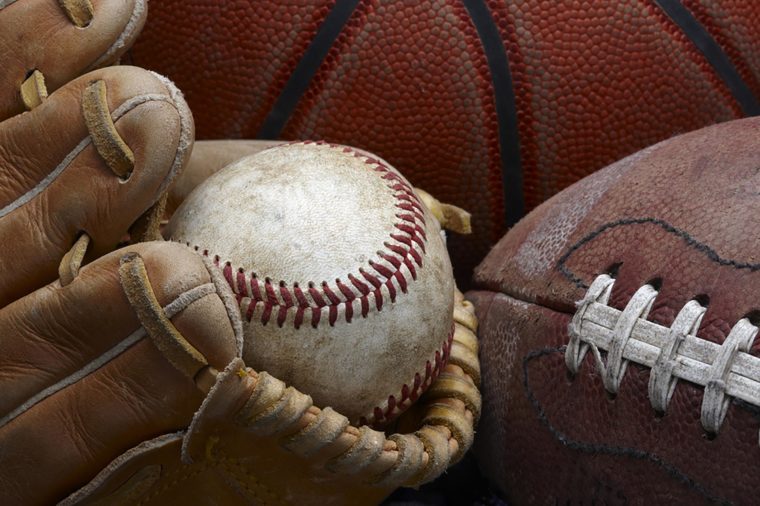 The intentions are never ill when it comes to kids at play. But sometimes there are risks involved with common childhood recreational activities that may not immediately come to mind (for example, this is one thing you should never do at the playground with your kid) or dangers that are seemingly obvious, but ignored (looking at you, merry-go-rounds.)

And inherently, certain sports are more dangerous than others. In professional sports, the NFL has been on the hot seat over the past several years for its history of concussions, but the risks don’t stop with adults. A new study has presented overwhelming evidence that provides a pretty convincing argument to keep your kid from strapping on a football helmet anytime soon, as reported by The New York Times.

The study, completed by Boston University, analyzed the long-term side effects that contact football had on 214 former players (68 played in the NFL, 103 played through college, and 43 played through high school.) The researchers found that participants who had started playing before the age of 12 experienced doubled instances of “clinically elevated depression scores” and “risk of problems with behavioral regulation, apathy, and executive function.”

“The brain is going through this incredible time of growth between the years of 10 and 12,” says Robert Stern, one of the study’s authors, “If you subject that developing brain to repetitive head impacts, it may cause problems later in life.”

Boston University is renowned for its research of Chronic Traumatic Encephalopathy (CTE), a degenerative brain disease prevalent in former football players. In April, the family of former New England Patriot Aaron Hernandez announced that they would donate his brain to Boston University’s CTE research project—and it was just reported that Hernandez suffered from an extremely severe case of CTE.

Over the past eight years, tackle football among boys ages six to 12 has fallen close to 20 percent, with only one year of notable growth (by 1.2 percent) in 2015. For the sake of your child’s cognitive development, maybe stave off the gridiron until their teen years. There are plenty of other sports to burn their energy in the meantime, like running—aerobic exercise is proven to boost their cognitive function, after all.
[Source: The New York Times]