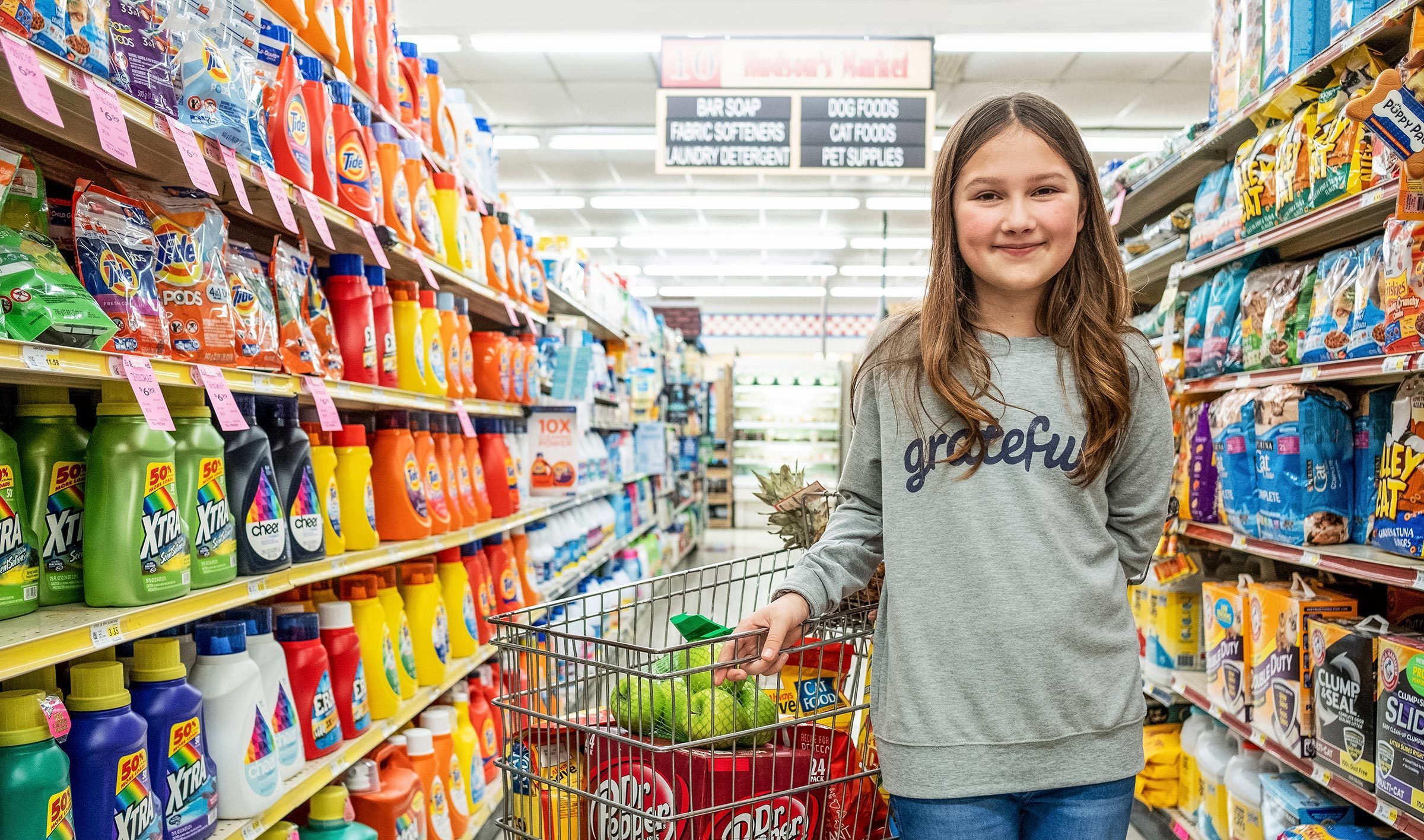 "If you could have any three things, what would you want?”

Eleven-year-old Ruby Kate Chitsey loves asking that question, but it’s not a game she plays at recess. She asks it at nursing homes in the Harrison, Arkansas, area, where she lives. Even more amazing, she then sets out to make the residents’ wishes come true.

Ruby Kate has long been close to older folks. Her mother, Amanda Chitsey, is a nurse practitioner who works at nursing homes in northwest Arkansas, and Ruby Kate often tags along with her in the summer. “I’ve never found them scary at all, so I’m able to just go up to them and ask if they need anything,” she says.

Last May, Ruby Kate noticed a resident named Pearl staring out a window. She seemed sad. “What are you looking at?” Ruby Kate asked. Pearl said she was watching her dog being led away by his new owner after a visit. Pearl didn’t know when she would see her dog again.

Ruby Kate and Amanda asked around and discovered that the nursing home didn’t allow residents to have dogs and Pearl couldn’t afford to pay anyone to look after hers. Because Pearl was a Medicaid recipient, she got only $40 a month to spend on personal items such as clothes, haircuts, and pet supplies. The Chitseys also learned that many nursing home residents are unable to afford even the smallest luxuries. So Ruby Kate decided to do something about it.

She started by asking residents what three things they wanted most in the world. “That’s a lot simpler than going, ‘Hey, what do you want?’” she explains. “They can understand you better.” Amanda worried that people would ask for cars and other things an 11-year-old wouldn’t be able to provide. Instead, they asked for chocolate bars, McDonald’s fries, pants that fit properly, and even just a prayer.

“It broke me as a human,” Amanda says. “We left the nursing home that day and went straight to a store and bought as many items as we could.”

Using their own money, the Chitseys granted the wishes of about 100 people in three months. Then they started asking for donations.

The good people of Harrison responded enthusiastically, so much so that Amanda set up a GoFundMe page, Three Wishes for Ruby’s Residents, hoping to collect $5,000. They hit their goal in a month. After ­GoFundMe named Ruby Kate a Kid Hero and promoted her story internationally this past January, Three Wishes raised $20,000 in 24 hours and more than $250,000 in five months. With those funds, the Chitseys were able to get more creative: One resident asked for a man cave, so they got him a Walkman and stocked his fridge with snacks. Another wanted to go to a friend’s out-of-state wedding; they gave her money for gas and food.

Earlier this year, Three Wishes for Ruby’s Residents became a nonprofit and launched its first nationwide chapters. One of its new goals is to set up a communal laptop in one nursing home in each state. Ruby Kate doesn’t plan to stop there. “I consider kindness to be my hobby,” she says, “and I’m very good at it.” Ruby Kate isn’t the only youngster with a hobby of kindness.  At one New York High School, students turned a single dollar into a truly inspirational act of kindness.