Proud grocer Kazuyoshi Murayama left Japan in 1918 to find a better life in the United States. His wife took orders over the phone and Kazuyoshi delivered them personally. 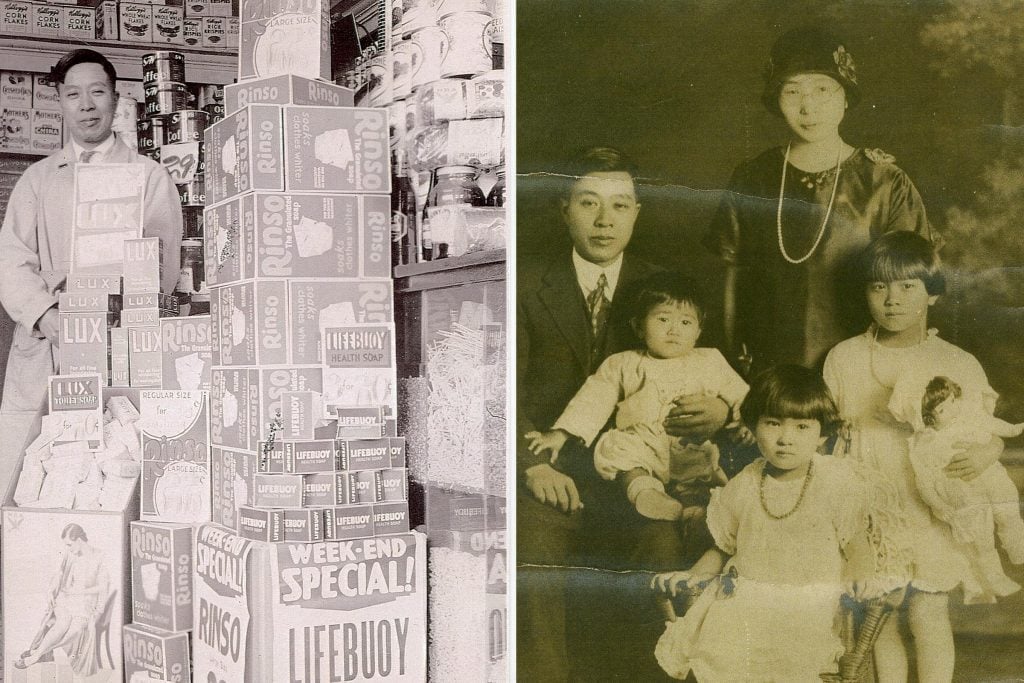 During the first world war, my dad, Kazuyoshi Murayama, left his homeland of Japan for the United States because he didn’t want to be drafted into the army. At that time, Japan was growing more and more militaristic.

The United States was an intimidating country to move to, but Dad thought it would be a better place to raise his family one day.

As Dad began his new life in the States, he remembered a nurse named Takeko—my mother—whom he’d met in Japan while he was in the hospital for appendicitis. He went back for her. Unfortunately, after his new bride failed an immigration health test because of a suspected illness, Dad had to leave her behind. Mom wound up stranded at the docks in Yokohama. After being cleared by immigration, she took the next ship to America.

They put down roots in Seattle, where Dad bought a truck to sell fresh vegetables and fruits. When my younger sisters and I came along, he realized the produce truck would not make enough money to support three daughters. So he decided to buy a grocery store and named it the Dearborn St. Grocery.

Whenever he was out on a delivery, my mother would take grocery orders by phone. But Mom didn’t speak English too well; she occasionally mixed in a word or two of Japanese, and I would have to correct her. During the Great Depression, my parents sold reduced-price commissary bread and dried beans to those who were jobless.

Before Japan attacked Pearl Harbor on December 7, 1941, Mom and Dad decided to move the family back to Japan. They felt uneasy with the rising political tension between the U.S. and Japan and wanted to keep our family safe.

I gave my parents a rough time about the move. I was still in high school then and didn’t read or write Japanese. I hated the idea of leaving my home and my country behind. But like so many other American citizens of Japanese ancestry, we would have been forced to leave our homes and live in internment camps during World War II.

Life in Tokyo during the war was very hard. There was a lot of bombing and food grew scarce. My father predicted there would be a food shortage, but because he worked for the city, which distributed rations, we were able to stay fed.

I worked for a Japanese publishing company that hired American-born people who could type. Another girl from California and I worked beside three Japanese typists.

Once, one of the Japanese girls was talking about the war. I told her she didn’t have the slightest idea about it and that the Japanese were fighting a losing war. Later that night, I admitted to my father I might have accidentally revealed how pro-American I was!

After the war ended, U.S. Gen. Douglas MacArthur ruled Japan. There were a lot of American soldiers in the country then, and my future husband, George, was among them. It was common for soldiers to date Japanese girls, but George wanted to do things right and get married back in the U.S.

So, I waited a few years for George to be discharged. Once we were reunited in Chicago in 1950, we became husband and wife. A lot of people said it wasn’t going to work, including my parents, who stayed behind in Japan. But it did—we were happily married for more than 40 years!