We dare you to try to pronounce it.

Michal Durinik/ShutterstockEvery world traveler knows the struggles of trying to fit into a foreign country’s culture. It requires remembering local customs, practicing appropriate etiquette, and (perhaps the most challenging) learning to speak like a local. But if you visit the North Island of New Zealand, there’s one word that no local will give you a hard time about mispronouncing. In fact, they often shorten it themselves.

This 1,000-foot hill near the township Porangahau holds the Guinness World Record for longest place name with 85 characters. Locals call it Taumata or Taumata Hill.

The hill got its lengthy name from a native warrior named Tamatea. Legend has it that after his brother was killed in a fight with another tribe, Tamatea spent the following days grieving his loss by playing his flute on the hill. The Maori (the indigenous Polynesian people of New Zealand) wanted to name the location in his honor and chose what is now the hill’s official name. It roughly translates to “the summit where Tamatea, the man with the big knees, the slider, climber of mountains, the land-swallower who traveled about, played his nose flute to his loved one.”

Its other exceedingly long name counts in at 105 characters: Taumata-whakatangihanga-koauau-o-Tamatea-haumai-tawhiti-ure-haea-turi-pukaka-piki-maunga-horo-nuku-pokai-whenua-ki-tana-tahu. This one translates to “the hill of the nose-flute playing by Tamatea—who was blown hither from afar, had a slit penis, grazed his knees climbing mountains, fell on the earth, and encircled the land—to his beloved.” The locals obviously thought the first name wasn’t descriptive enough.

Thankfully, you don’t need to travel across an ocean to visit places with amusing monikers. These are the funniest town names in each of the 50 states. 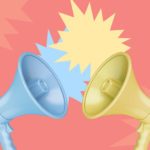 13 Words That Can Be Pronounced Two Ways 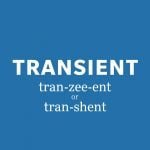