A look back at Roger Ebert. 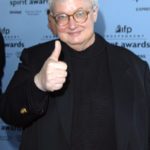 Jon Kopaloff/Getty ImagesMovie lovers worldwide today mourn the passing of Roger Ebert, the famed film critic who pioneered the “thumbs up, thumbs down” rating system and brought a deep affection for cinematic art to the masses. He was 70 years old and died after a long struggle with cancer.

What you may not realize, however, is that Reader’s Digest was instrumental in bringing Ebert to the masses for the first time. A short while after he started work for the Chicago Sun-Times in 1967, our magazine ran a condensed version of his very first review: Night of the Living Dead, seen below as it appeared in our June 1969 issue.

The full text is available on Ebert’s website. To read it is to experience a powerful cultural critic at the beginning of a storied career—he was in his mid-twenties at the time. Spend some time in the archive when you’re done: His words deserve to be enjoyed for decades more to come. 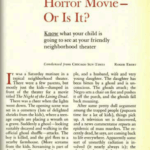