One of the U.S.’s Largest Cities Is Painting Its Streets White for a Very Scientific Reason

The roads will not be painted back to black after Labor Day.

Hayk Shalunts/shutterstockIt may seem like a solution dreamt up in a middle school science class. Los Angeles is hot, Los Angeles has a lot of black pavement, the color black attracts heat, the color white does not, so if the black pavement was to be painted white, wouldn’t Los Angeles be considerably colder? Ms. Krabappel, the science teacher of the aforementioned science class, shoots the idea down—it simply can’t be that simple, now can it? (All that heat making you cranky? Beat the heat with these tricks to staying cool.)

It can be that simple and it’s already being put into action, as reported by Popular Science. The city is putting the basic concept of heat absorption to the test over the next 20 years, as it steadily repaints the streets white as part of Mayor Eric Garcetti’s plan to lower the city’s temperature by three degrees.

Los Angeles is a city especially susceptible to the so-called “urban heat island effect,” the process through which minimal foliage prevents natural shade from cooling down a city, and excessive dark human-made surfaces further intensify the temperatures exponentially.

The planned painting isn’t just any old Krylon, however. CoolSeal will be used, which is a paint already used by the military to keep runways, and in turn spy planes, cool while they sit awaiting orders. The paint keeps any surface it’s applied to 10 degrees cooler than black asphalt.

Until the city is thoroughly coated, Angelenos best bet is still probably finding a place to take a dip and play some water-related games, but only if there isn’t a water advisory. We don’t want to be turning you into criminals or anything. 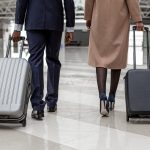 14 Airplane Hacks That Will Change the Way You Fly 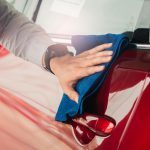 You Can Polish Your Car with This Common Hair Product