This Man Couldn’t Get a Job Because of His Disability, Then This Interview Changed His Life

For most of his life, Owen Lima has struggled because of a traumatic brain injury. Now a special job opportunity is giving him a second chance at success. 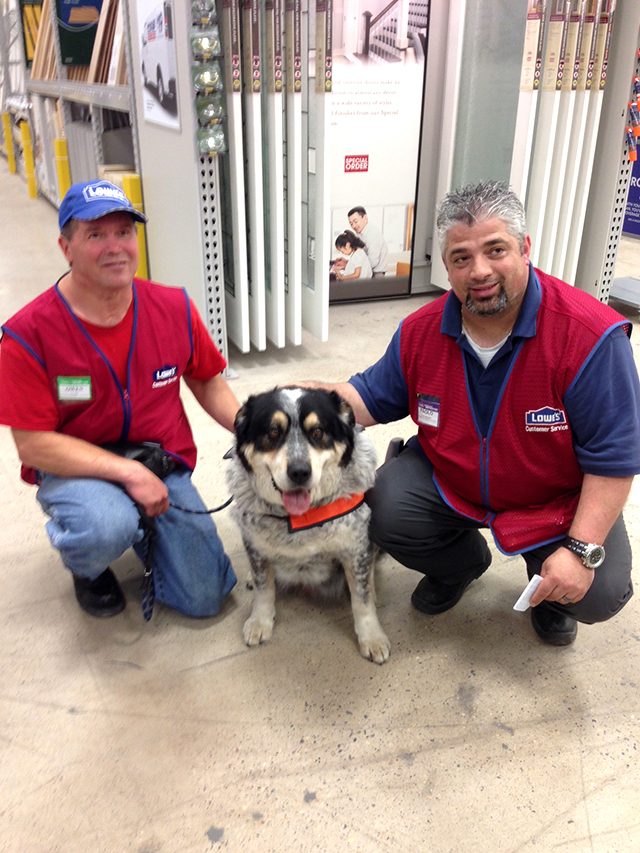 When he was 15, Owen Lima got behind the wheel of a car after he had been drinking. Soon after, he rolled the car and suffered a serious head injury that hospitalized him with a coma for four months. When he finally woke, he discovered that the injury had done irreversible damage to his brain stem, an obstacle that he has continued to deal with for the past 40 years.

Lima’s condition has made it difficult for him to understand others, especially when they speak quickly, and makes him extremely prone to anxiety attacks. Because of the anxiety-inducing nature of his brain injury, Lima is accompanied by Blue, a 10-year-old mixed breed service dog that helps keep him calm. “He knows me better than I know myself,” says Lima of his companion.“He’s got a sixth sense.”

One of the biggest issues Lima has faced is finding employment. For the last nine years, he has struggled to find a steady job. “I’ve gone to apply [for jobs] with my dog,” he says of past experiences, “And they laughed at me.” He also recalls being treated poorly in the workplace or given unfair wages: “I felt like a second-class citizen for a long time.” 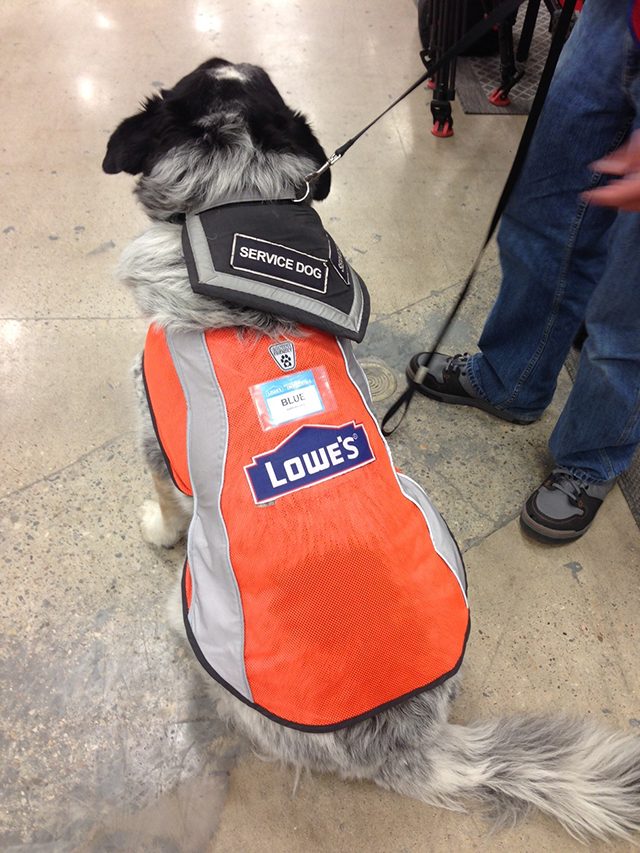 Lima’s luck finally turned when he and Blue applied for a job at a Lowe’s home improvement store in Regina, Saskatchewan. “We asked what the dog was for, obviously, and then he took us through the story and we went on with our interview process like anybody else,” says store manager Paulo Gallo when asked about the hiring process. “The effect on Owen has been priceless. The engagement he has with our customers and staff, it’s given him a new lease on life, per se.”

Now, Lima and Blue both work in the store’s customer service department. During the store’s grand opening in June, the pair was there to greet new customers when the doors opened. Blue has even been outfitted with his own custom-made vest and name tag to match the other employees’ uniforms. Lima says he’s grateful to his new employers, both for the chance to work and for letting Blue tag along: “I’m just so happy to work here, to be treated like a normal person.” These service dogs saved the lives of veterans. 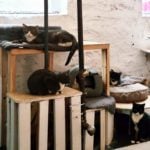