You might have gout, a type of arthritis that afflicts more than nine million Americans.1 There are oral treatments available, but a much smaller group of people still experience continued symptoms while receiving these treatments.2 The continued pain from gout flares while taking oral therapies is just the tip of the iceberg, often damage to joints, bones, and organs is still happening.3, 4 Many people don’t realize that gout needs to be treated at the source rather than just treating flares – and there may be more you can do about the underlying cause of uncontrolled gout than you thought. Read on to learn what gout is, who it affects, and how one uncontrolled gout patient went beyond oral treatments to get relief.

How Do You Know If You Have Gout?

If you have sudden, severe pain in your joints that can’t be explained by an injury, consider making an appointment with a rheumatologist, which is a doctor that specializes in arthritis and joint issues. The doctor may do an exam and lab tests to see if uric acid crystals are present in the affected joint, which can be detected during a gout flare-up when the joint is painful and swollen. 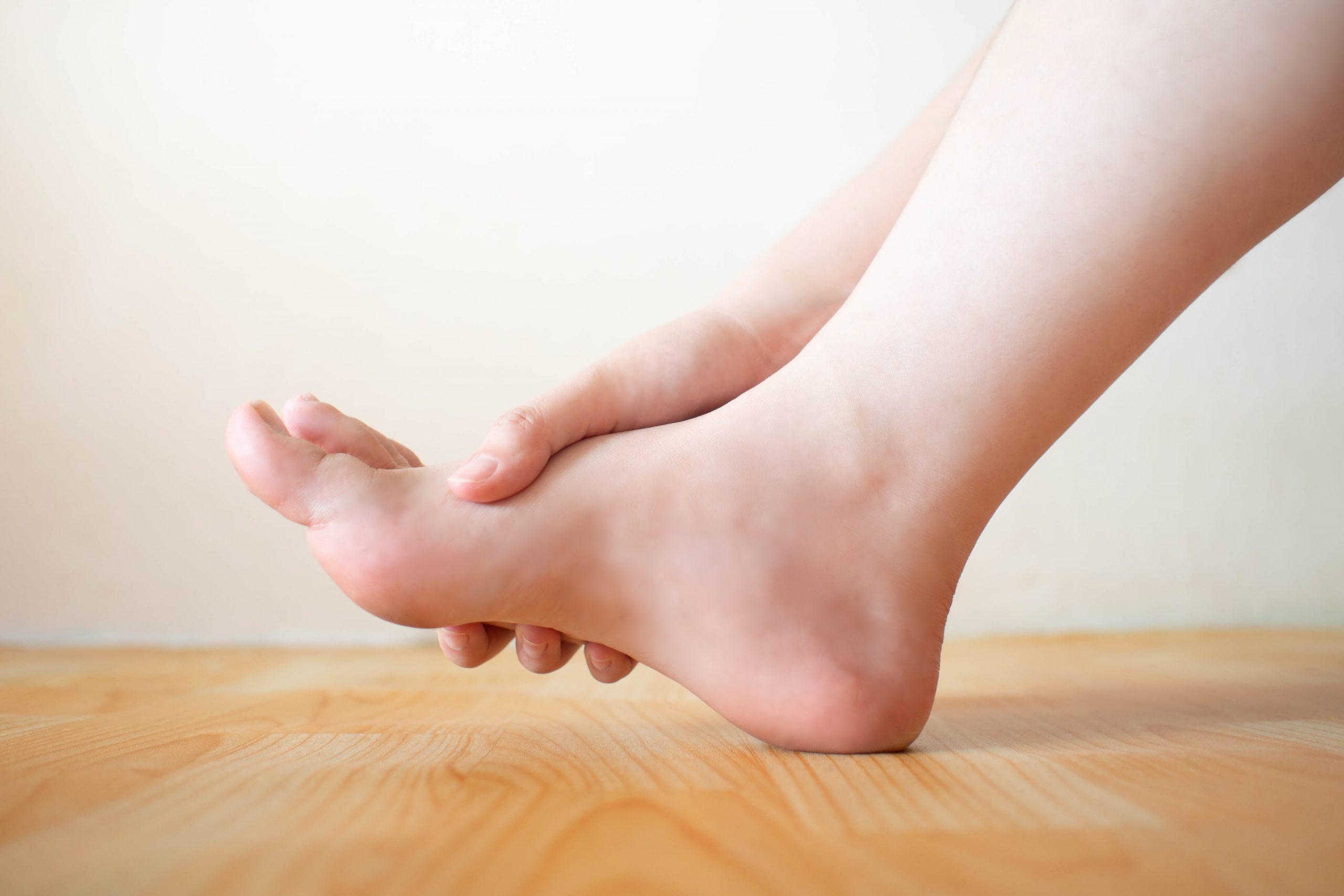 What is Uncontrolled Gout?

Gout is a serious and painful form of arthritis that occurs when there is too much uric acid in the blood. “It is a very common form of arthritis,” says rheumatologist Dr. Orrin Troum. “Pain, redness, swelling, and heat happens with gout.” Gout becomes uncontrolled when it doesn’t improve from treatment with oral therapies, and the uric acid in the body that causes gout flares and other damage continues to build even with treatment.5, 6 For people with uncontrolled gout, the debilitating symptoms are only one part of the equation. In fact, just because the pain of a gout flare is gone, that doesn’t mean the condition is resolved; uric acid crystals can continue to build up and deposit as lumps (called tophi) in the body.7 While uncontrolled gout often affects the bones and joints – like the ankle and knee – tophi can form in other parts of the body, like the tendons and soft tissues of the body, too.8

While some people can manage the disease with daily oral medications, others are affected by a chronic form of the condition and experience ongoing symptoms. This is called out-of-control chronic gout and is characterized by painful symptoms that can negatively impact the quality of life – the most common include intense joint pain, lingering discomfort, swelling, redness, and limited range of motion in joints.5, 6

Many people think that gout is a disease caused by diet, but most of the time that’s not entirely true. Certain factors can increase your chances of having gout – including your genetics, being overweight, or having certain preexisting health conditions. Because of this, diet and lifestyle changes alone may not be enough to address the source of the condition, the abundance of uric acid in the body.9 Gout becomes out of control when a person experiences ongoing symptoms and pain, and high uric acid levels, even when taking oral medications.5, 6

Khashayar (Khash) B. was first diagnosed with gout at age 21. Though young and relatively healthy otherwise, he started noticing recurring pain in the joints in his foot that then spread to his knees and elbows. The flare-ups were devastating, so much so that Khash frequently hesitated to make plans with his family and friends, for fear of experiencing a debilitating bout with the disease.

“When you’re feeling a gout flare-up when you wake up in the morning, you have to work up mentally that as soon as you put your feet on the ground you’re going to be dealing with pain,” says Khash. “Initially, it was just the feet, then the knees, then my elbows as well. It’s to the point now that I’m 45 years old and I have a gout flare-up every week. And this is with medicine.”

So, in the summer of 2019, Khash talked to his doctor about the challenges uncontrolled gout was causing in his daily life, as well as his greatest hope: to live without constant worry that a gout flare-up could derail his plans. This is when Khash’s doctor recommended he start treatment with KRYSTEXXA® (pegloticase), a prescription medicine used in adults to help reduce the signs and symptoms of gout that are not controlled by other treatments. KRYSTEXXA is not recommended if you have high levels of uric acid without a history of gout.

KRYSTEXXA is an infusion (IV) treatment for adults that helps reduce uric acid crystal buildup by providing the enzyme the body needs to convert uric acid into allantoin. Unlike uric acid, allantoin is water-soluble and flows easily out of the kidneys. As a result, uric acid levels are able to reach the zone where the crystals can dissolve. KRYSTEXXA also prevents new uric acid crystal buildup, so people with the condition can have fewer flares and take control of their chronic gout.

“Once I talked to Khash and heard his history, his journey, where he had been—he was having reoccurring gout attacks, he was not well controlled—he needed to have his gout controlled,” says Dr. Troum, who is Khash’s physician. “Fortunately, there’s medicine that can really get rid of the uric acid deposits in the body.”

When Khash heard about KRYSTEXXA he was, “100% for it. My hope was that this will be a boost in the right direction.”

KRYSTEXXA is administered through infusion which is infused over two hours. “I felt pretty relaxed,” notes Khash after completing his first infusion. Khash experienced an initial increase in gout flares following his first treatment, which his doctor assured him was not unexpected.

After three months Khash said, “I feel like I’m past most of it—it did affect my sleep and my work—but I knew mentally that KRYSTEXXA was working. Every flare I’ve had has gotten less over time.”

Dr. Troum notes that Khash has been very diligent in receiving his infusions. “It’s important as patients continue on with this therapy to take it until the treatment is completely done, or as directed by their doctor,” he says.

After several infusions of KRYSTEXXA, Khash began feeling relief from his symptoms and noticed a decline in the number of gout flares he experienced. Though gradual, the improvement was encouraging. After six months, Khash’s uric acid levels drastically decreased in response to treatment with KRYSTEXXA. Individual results may vary.

Khash’s gout attacks soon became fewer and less severe. He no longer wakes up anticipating pain, like he did for over 20 years. More importantly, today he is able to make plans with his family without constantly worrying about a flare-up.

Carmela, Khash’s wife notes, “He wakes up with a smile on his face, he’s kidding around more, I feel like I’m with my best friend again.”

What is the most important information I should know about KRYSTEXXA (pegloticase)?

Tell your doctor or nurse right away if you have any of these symptoms during or after your treatment with KRYSTEXXA:

Who should not receive KRYSTEXXA?

Do not receive KRYSTEXXA if you have a rare blood problem called glucose 6-phosphate dehydrogenase (G6PD) deficiency or favism. Your doctor should test you for G6PD before you start KRYSTEXXA.

KRYSTEXXA is not recommended if you have high levels of uric acid without a history of gout.

Before you receive KRYSTEXXA, tell your doctor if you:

Tell your doctor about all the medicines you take.  Do not take any other uric acid lowering drug, such as allopurinol or febuxostat (Uloric®), while taking KRYSTEXXA.

Prior to your treatment with KRYSTEXXA, your doctor may give you medicine to help reduce your chance of getting a reaction. Take these medicines as directed by your doctor or nurse. Your doctor will also test your uric acid levels prior to each treatment to monitor your response to KRYSTEXXA.

What are the possible side effects of KRYSTEXXA?

This is not a complete list of all possible side effects. Tell your doctor or treatment team if you have any side effect that bothers you or that does not go away.

Please see the  Medication Guide and  Prescribing Information  for more information. You are encouraged to report negative side effects of prescription drugs to the FDA. Visit  www.fda.gov/safety/medwatch, or call the FDA at  1-800-FDA-1088.

KRYSTEXXA is a trademark owned by or licensed to Horizon.

Playing to Win While Living with Juvenile Rheumatoid Arthritis