After NBC canceled the mysterious sci-fi show, Netflix is giving it a second chance at life with Manifest Season 4.

Sometimes all you need is a second chance. And a whole lot of fans are hoping Manifest Season 4 is just the thing to ensure their favorite show has a long life with plenty more seasons.

When it aired on cable, the supernatural drama was considered by viewers to be one of the best TV shows around. But in June 2021, after three suspenseful seasons, NBC canceled it. In response, loyal fans mounted a campaign to resurrect the show. It quickly became one of the most-viewed Netflix TV shows, surpassing some of the best Apple + shows, Hulu TV Shows and Amazon Prime Video TV Shows. So Netflix snapped up the rights and, in August 2021, announced it had renewed the show for a fourth season.

We now have a Manifest Season 4 release date and trailer. If you love the show (and the fan base continues to grow by the day!), read on for the inside track on what to expect next.

When is Manifest Season 4 coming out?

Loyal fans who have spent the past year googling “will there be a Season 4 of Manifest?” can breathe a sigh of relief: Manifest Season 4 is coming soon.

After releasing a teaser for Manifest Season 4, Netflix announced the release date for the first half of the upcoming season: Nov. 4. The season will actually be released in two parts, with each consisting of 10 episodes. It’s almost like there will be two more seasons of Manifest!

And, yeah, that’s a whole two months away. In the meantime, binge Netflix’s The Sandman or catch up on your Star Wars series in preparation for The Mandalorian Season 3.

What will Manifest Season 4 be about?

If you’ve never watched an episode of Manifest, here’s what you’re missing: In Season 1, a plane traveling from Jamaica to New York experiences severe turbulence but ultimately lands without issue. At least that’s what the passengers think until they disembark and realize it’s five years in the future. They try to reassimilate in a world that presumed them dead, but it’s not easy going. Life moved on without them.

Further complicating things, many of them begin to hear voices, or what might be their “true calling.” Are they still alive for a reason?

Things get even more complex from there. And if you haven’t seen the first three seasons, this is where you should probably stop reading about the plot.

Spoiler alert: When we left off in Season 3, Ben Stone (Josh Dallas) was still mourning the murder of his wife, Grace (Athena Karkanis), who had been stabbed by Angelina (Holly Taylor). His son, Cal, had disappeared and reappeared 5 years older, mysteriously claiming he’d gained a new objective in the process.

In Season 4, we’ll jump two years ahead. Ben is still grieving and searching for his kidnapped daughter, Eden (Brooks Johnson Parker). The surviving passengers are doing what they can to beat their “death dates.” And Cal is trying to piece together where he’s been and why he disappeared. “It’ll take these episodes and adventures that he’s put on throughout this journey to piece it back together,” Jeff Rake, the series creator, told Netflix. “And that’s just on the mythological side. On the emotional side, he looks like he’s a grown-up, but psychologically, he’s still a little boy.”

The new season will continue to tackle the mystery of what happened to the passengers of flight 828. When a stranger arrives with a package for Cal, it changes everything the passengers know about that fateful flight and their callings.

Is Manifest based on a true story?

Nope! Manifest is pure fiction. That said, the story of a mysteriously missing flight is part of the reason NBC took a chance on the show.

In an interview, Rake noted that he got the idea for the series about a decade before the fateful Malaysian Airlines flight 370 disappeared. When he shopped the idea, nobody bit—until a passenger jet went missing.

In March 2014, a flight heading from Kuala Lumpur, Malaysia, to Beijing, China, went missing. Governments searched for wreckage, but it took more than a year for search-and-rescue crews to find the first piece of debris. Eight years (and a 1,500-page report from the Malaysian government) later, the plane is still missing and investigators still don’t know what happened.

Who will be in the Manifest Season 4 cast?

Like The Crown Season 5, this new season of Manifest will see at least one cast replacement because a character has aged. After disappearing, Cal returned five years older. On top of that, the new season jumps forward in time. To account for Cal’s older age, Ty Dornan will replace Jack Messina in the role.

Some fans are also speculating that Josh Dallas’s real-life wife, Ginnifer Goodwin, could make an appearance in Manifest Season 4.

Will Season 4 of Manifest be the last?

Sadly, yes. But as we noted earlier, there will be 20 episodes of the final season, so it won’t go by too quickly. And as Netflix head of drama Jimmy Howe noted, there’s always a small possibility it could go on for longer if the network heads decide there hasn’t been a sufficient conclusion. “That is the plan currently, at least in terms of whether there will be a satisfying resolution going into the season,” Howe told Deadline. “By the end of the season, we’ll deliver some answers […] really, all the questions will be answered.”

If this is the last season, you’ll have to find a new series to spend your time on. Luckily for you, Bridgerton Season 3 is coming to Netflix soon, as is Season 5 of Virgin River.

In the mood for Manifest but finished all the episodes so far? Bide your time while you wait for Manifest Season 4 by bingeing some equally great shows.

Certainly Lost is the most similar to Manifest in that it’s a science-fiction mystery that tells the story of the survivors of a crashed airplane who have to work together to stay alive—and face much more than just starvation on a strange island.

The Netflix original The OA follows a group of kidnapped people whose captor continually kills them and brings them back to life. After finally escaping, the main character, Prairie Johnson, discovers she also has a higher calling. (Netflix canceled it after one season.)

The 4400, starring Mahershala Ali, first aired in the mid-’90s and told the tale of 4,400 people who disappeared under strange circumstances only to suddenly come back to life without having aged a day. The CW rebooted the show for one season, which you can stream online.

The ABC series Resurrection, based on the science fiction book The Returned, follows a similar plotline: Residents of a small community come back to life long after they’ve died, and they also haven’t aged a day. That series starred Omar Epps and ran for two seasons between 2013 and 2015.

Beyond that, you can get your fix of strange goings-on with one of these stellar sci-fi movies. 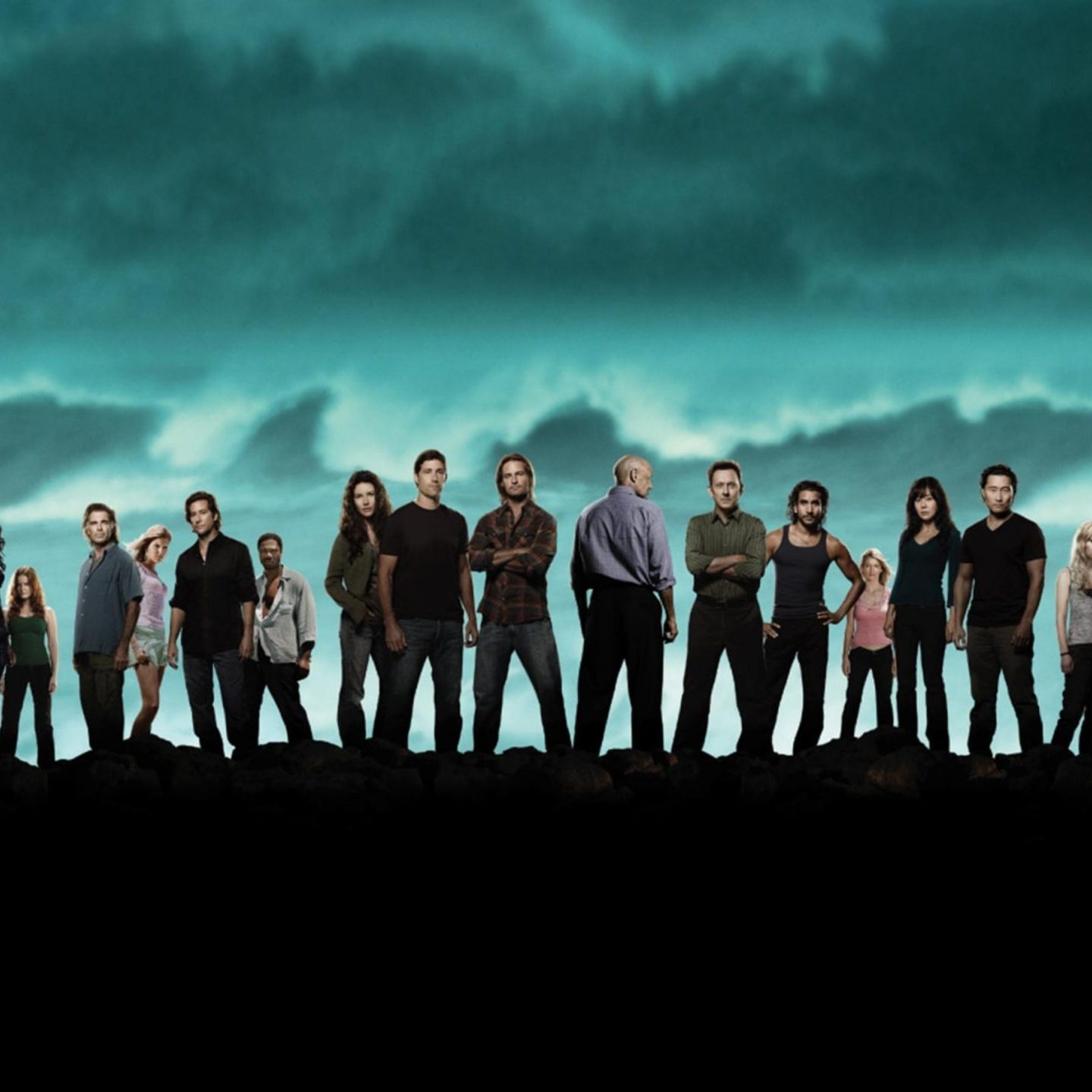 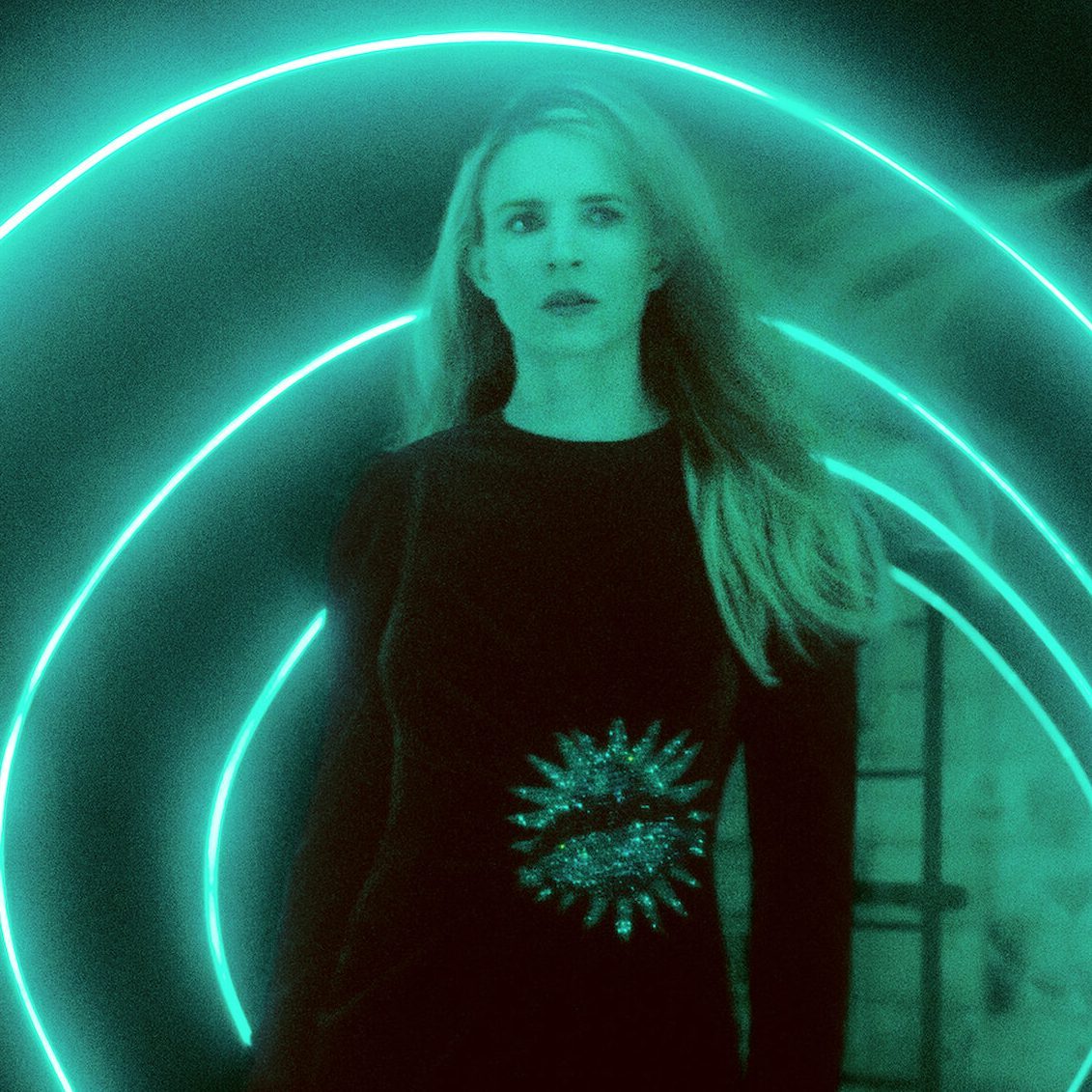 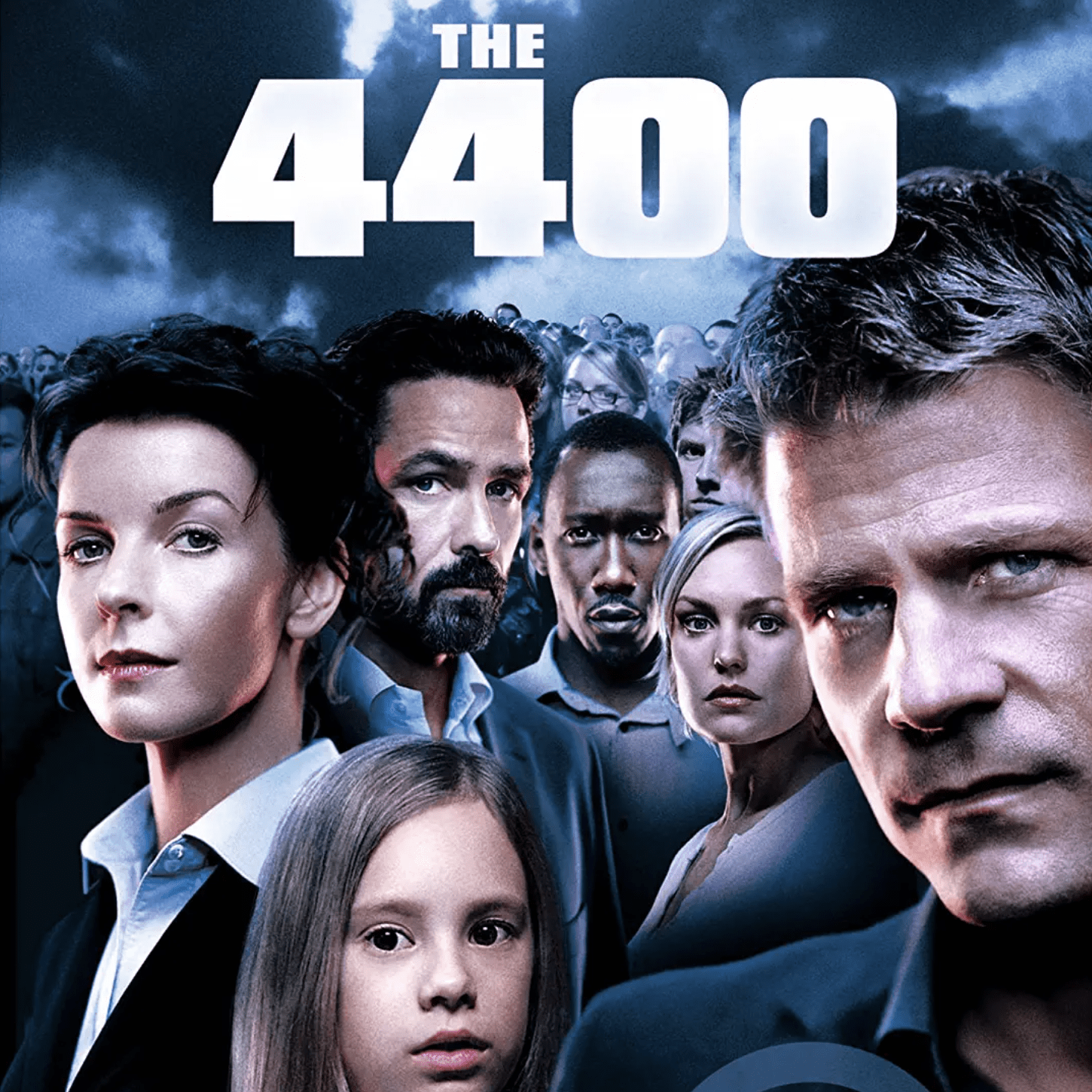 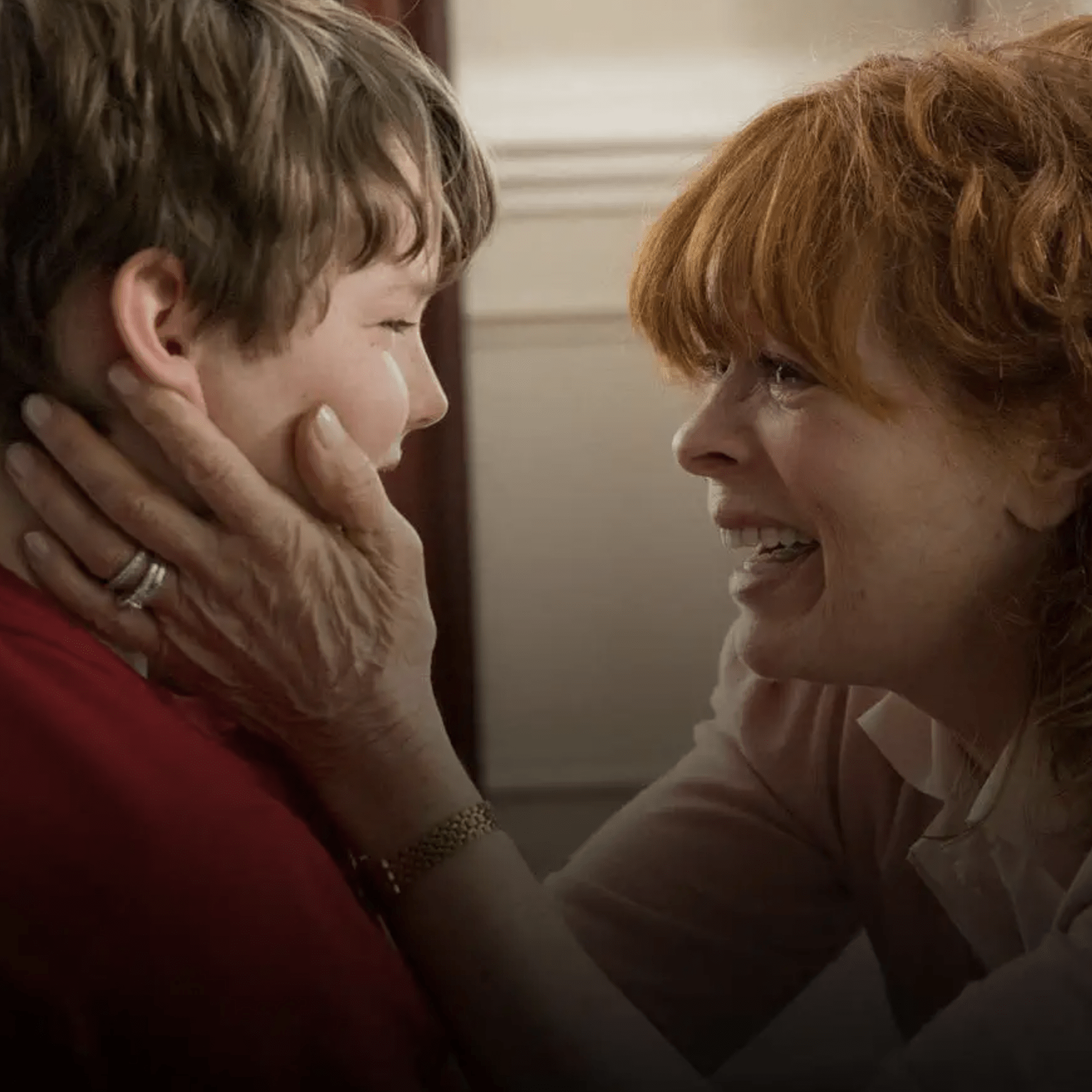 How to Stream Days of Our Lives

Gillian Telling
Gillian Telling is a New York-based entertainment journalist who, for the past 15 years, has covered the entire spectrum of pop culture as a writer and editor for publications like Rolling Stone, Entertainment Weekly, and People. She's interviewed hundreds of celebrities throughout her career, ranging from Alex Trebek to Jennifer Lawrence, and prides herself on being the first person to ever declare that Schitt's Creek was an amazing new show. (Five years before everyone else caught on!) She's also a published author, whose 2010 humor book Dirty Girls was optioned by ABC in 2012.
Now Trending
What’s Ahead for Bridgerton in Season 2?
24 Best Enemies-to-Lovers Books for Romance Readers of All Types
Wheel of Fortune Season 40: The Show’s Iconic Puzzle Board Gets a Surprising Update