This Navy Sailor Was Put in the Brig for Not Reporting for Duty on December 6, 1941. It Saved His Life.

Imagine being able to say you survived Pearl Harbor ... because you were locked up during the attack? 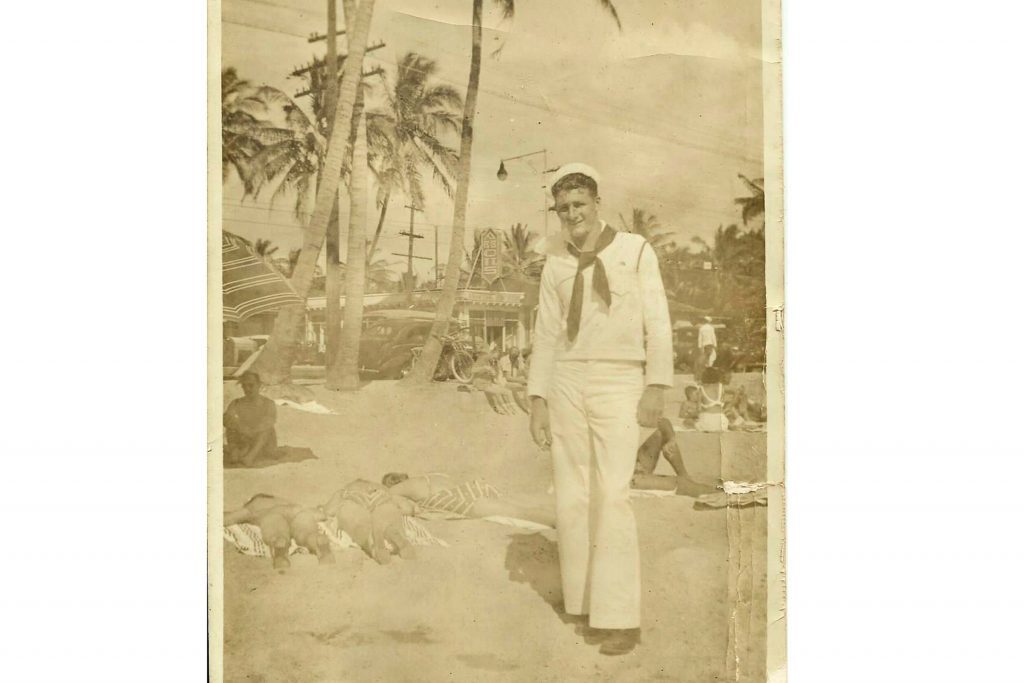 My dad, Earl T. Dodd, and his mother were always close. After he joined the Navy, he wrote to her regularly and was sure to include photos of his adventures.

Even though his name is not listed among the 334 men who survived on the Arizona, my dad lived through the bombing of Pearl Harbor. I have letters he wrote that mention he was briefly assigned to that ship prior to the bombing.

My dad’s Pearl Harbor story began with his Saturday night shore leave the evening of Dec. 6, 1941. Had anyone known about the following morning’s sneak attack, he might not have gone, but because there was no warning of the impending horror, he went out and had his fun.

That night, Dad lost track of time and fell asleep on the beach. The shore patrol found him, picked him up and put him in an onshore brig for not reporting back on time. This action probably saved his life.

The first wave of Japanese planes buzzed the island the morning of Dec. 7, coming as a surprise to everyone. My dad was still locked up.

Because my father’s ship sustained the heaviest hits, my grandmother promptly fainted as soon as she heard the news. Dad was her only son, and she feared the worst. A few days later, however, she fainted again when he personally sent her a telegram informing her that he was all right. She had to read it at least eight times before it sunk in that the telegram was actually good news.