This State May Be the First to Ban Styrofoam Containers

A statewide polystyrene ban may be coming to Maryland, following in the footsteps of a few major cities. 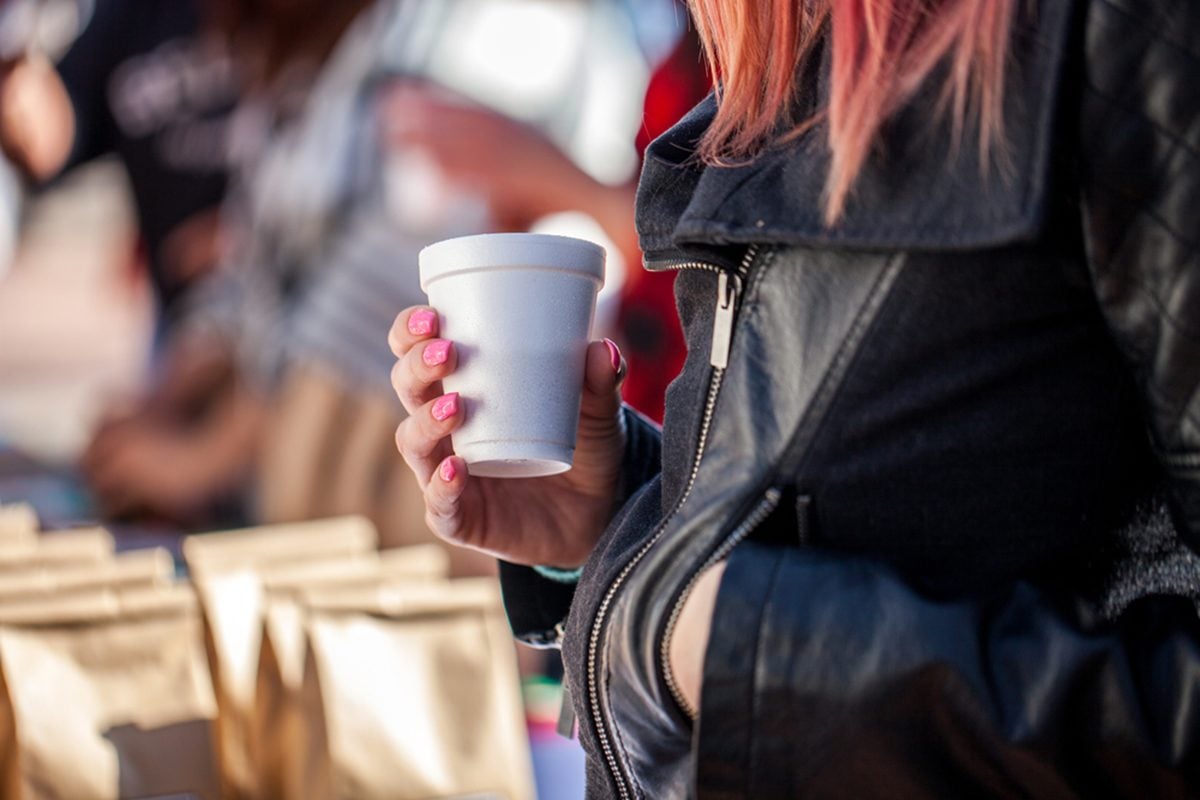 Grab your Pyrex next time you’re going out to eat. You might need it for leftovers! A bill was recently passed in Maryland that would enact a Styrofoam ban, prohibiting the use of cups and containers made from the disposable material.

What does the bill say?

The Maryland House of Delegates passed a bill on March 12 that would ban polystyrene, the non-trademarked name for Styrofoam, cups, and containers, if Governor Larry Hogan signs the bill into law. The offenders could be fined $250, with some exceptions. Also, read up on these facts that will make you stop using plastic.

Why is polystyrene on the chopping block?

The material’s opponents have expressed concerns that the material is difficult to properly recycle. Americans throw away around 25 billion polystyrene cups alone every year. The material doesn’t biodegrade, so it will sit in a landfill anywhere from 500 years until, well, forever! Furthermore, it has been suggested that the material contains carcinogens, which can lead to cancer.

If the bill is signed off, Maryland would become the first state to outlaw the material, though it would be in good company of these two cities:

In 2015, New York City banned the use or sale of polystyrene products by any retailer or manufacturer, from packing peanuts to to-go containers, which went into effect as of January 1, 2019. Dunkin’ also announced in February 2018 that they would begin phasing out their signature polystyrene cups by 2020.

The steps may seem small, but they are the beginning of a movement toward less landfilled foam. Here are a handful of kitchen gadgets to help you cut down on plastic waste.

How does this affect me?

Unless you live in Maryland, it won’t impact your day-to-day life. But it does give us some foam for thought. With many businesses already looking for more eco-friendly alternatives to to-go food and beverage containers, we’re seeing lots of places that have already made the step toward fully compostable plates, bowls, and cutlery. If you want to make even a small environmental difference on your own every day, then try incorporating these simple ways to reduce waste into your life.

Jacqueline Weiss
Jacqueline is a blogger and freelance writer based in Los Angeles, CA. A recent graduate of Emerson College, she is passionate about food, travel, beauty and wellness.