The mere memory of a fried apple pie is enough to make nostalgic fans drool, but the dessert has been gone for good since the early '90s—or so you thought. 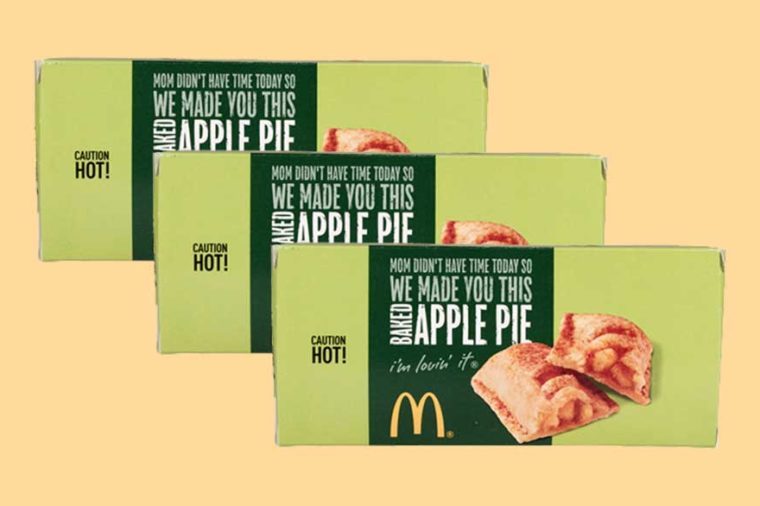 McDonald’s caused a stir this past September when it announced some changes to its apple pie recipe. The new version has a lattice crust, sliced (not diced) apples, and a more cinnamony filling, among other changes. As expected, there were cheers and jeers when the known-and-loved recipe changed, but true addicts might remember a time when even that recipe was new—and replaced an old fan favorite.

Up until 1992, McDonald’s apple pies were deep-fried, not baked. The chain switched the recipe because consumers were getting more worried about healthy eating, and fried meant fattier. But in this case, the taste was arguably sacrificed in the name of health. The original version had a crispy, bubbly, slightly salty crust with an ooey gooey apple (or cherry) filling. These days, the “vastly inferior, modern baked version” is “pale and doughy” compared to the old recipe, according to Serious Eats. Don’t miss these other 12 things you never knew about the McDonald’s apple pie.

As recently as the last couple of years, some franchises like in Tampa, Florida, stuck with the old-school fried recipe, but they’ve all gone to the “lite” side and started dishing out the newest baked version. But before you start lamenting the glory days, we’ve got some big news: The ultra-crispy desserts aren’t gone for good. Certain locations still make the fried pies of days gone by. You just need to know where to look. Find out 17 more things McDonald’s employees aren’t telling you.

America might be famous for obesity, but it seems it’s also taken steps in the healthy direction that other countries haven’t followed. Compare the U.S. McDonald’s apple pie to the U.K. version, and you’ll see that the British recipe is higher in calories, fat, and salt (though lower in sugar, oddly enough).

Oh, and did we mention it’s fried?

That’s right—step outside the United States and you’ll find a world where McDonald’s still serves its pies fried. Not every international location serves apple pies (they’re pretty dang American, after all), but you can get your fix from Mexico, Brazil, Greece, Ireland, Egypt, and Hong Kong, just to name a few. We can get behind skipping the local fare and seeking out a McDonald’s just this once (this is the most popular Thanksgiving pie in your state).

You might not even need to pull out your passport for a trip down memory lane, though. While most of the American Mickey D’s have stopped deep-frying their desserts, there’s one U.S. state that’s still hanging on to the old recipe: Hawaii. If the pleasant weather, stunning beaches, and awe-inducing volcanoes won’t convince you to visit the Aloha State, maybe the fast food options will. Next, check out these secret McDonald’s menu items you never knew about. 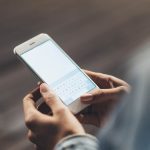 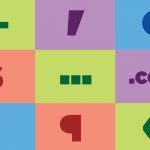 9 Hidden Symbols You Never Knew You Could Text