Meet the Superhumans of the 2012 U.S. Paralympic Team

As we prepare to kick back over the long Labor Day weekend, 227 American athletes are in London to compete 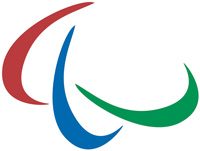 As we prepare to kick back over the long Labor Day weekend, 227 American athletes are in London to compete for Team USA in the largest Paralympic Games yet, which started yesterday. With more athletes competing from more countries before more spectators than ever before, the 2012 edition of the Games has generated unprecedented buzz.

The Team USA roster is particularly impressive, with high hopes for topping the 99 medals won at the 2008 Beijing Paralympic Games. The U.S. team includes 20 military veterans and active duty service members, some of whom were wounded in Iraq and Afghanistan. American viewers  will have greater access to events than in previous years, with NBC airing highlights through September 9. In addition, videos of Team USA will be available daily on the U.S. Paralympics YouTube channel.

Among our Paralympians to watch are Tatyana McFadden, a strong wheelchair racer who took home four medals at the Games in 2008; Jessica Long, a swimmer who helped lead the U.S. Paralympic team to six medals in Beijing; Bradley Snyder, a former Navy lieutenant who will swim on the one-year anniversary of an IED explosion in Afghanistan that left him blind; and Joshua Olson, an active member of the U.S. Army Marksmanship Unit.

If all that is not enough to get you pumped, watch this powerful commercial by Britain’s Channel 4. Spoiler: It will leave you completely in awe of what these incredible Paralympic athletes can do.

The 2-Day Diabetes Diet: What to Eat to Lose Weight
A Surf Board Drifted from Hawaii to the Philippines and Started a Friendship Between the Two Owners
I Was Bullied on Valentine’s Day as a Kid. Here’s How I Spread Kindness on February 14 as a Teacher Now.