David Fisher/REX/ShutterstockThe countdown to Prince Harry and Meghan Markle’s wedding is ticking. From the minute their engagement was announced, rumors have swirled about the venue, the ring, and the traditions they might break. Some enthusiasts even wonder how Meghan can top Kate Middleton’s not one, but TWO gorgeous wedding dresses.

Truthfully, there is one crucial difference between the two ladies—but it’s not their impeccable sense of style. When attending official royal events, the Duchess of Cambridge often sports a stunning tiara. (Such as the time she paid tribute to Princess Diana in the most beautiful way.) But unfortunately, Meghan will not receive the same perks yet. What gives?

Royal protocol does not allow unmarried women to wear tiaras, BBC reports. As a result, Meghan won’t be allowed to don some royal bling until she walks down the aisle in May. But here’s why she won’t technically be called a princess—even after she says her vows.

“Flashy diamonds and tiaras are not worn during the day, and only married ladies wear tiaras,” etiquette expert Grant Harold told BBC. “For married ladies, it was a sign of status and would show you were taken and not looking for a husband.” In other words, wearing a tiara is a way of saying “back off” to any suitors trying to make advances.

Something tells us this is a royal rule that’s made to be broken, though. It wouldn’t be the first time, either; members of the British royal family, including the Queen, have broken their own protocol on multiple occasions. 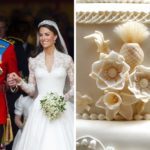