Men tend to take all games a little too seriously, even word games.

Camilla$$/ShutterstockThe reason why men are better at scrabble than women is a lot simpler than you may think. It’s the reason why men tend to win all pointless (sometimes made up) games—they’re SO competitive. (Besides Scrabble, these are classic board games that you should know.)

A study was done at the University of Miami that looked at gender differences in playing Scrabble. The results based on ability alone found that there isn’t a difference between men and women. The difference that gave men the advantage in winning was performance. Men want to win so they will win. Women see the game as more of a fun activity.

Women focus on playing the game for enjoyment purposes while men focus on playing the game to win. The study also found that women spend more time practicing, but the time women spend practicing involves studying vocabulary and the time men spend practicing involves memorizing certain words and moves that will give them the most points. They’ll look at their past games and the games of people who have won, memorize those moves, and use them to win. (Don’t worry ladies, you make better bosses than men.)

For men, the game isn’t about being creative with words; it’s about memorization and being victorious. But really, come on guys, it’s just Scrabble, don’t be too hard on yourself if you can’t find a way to work the word “quizzify” into the puzzle. If you’re a sore loser, use these words next time that are guaranteed to make you a Scrabble champ. 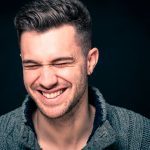 If You Laugh at These Dark Jokes, You’re Probably a Genius