"More than 50 years later, I still see her smile and think about the advice she gave me." 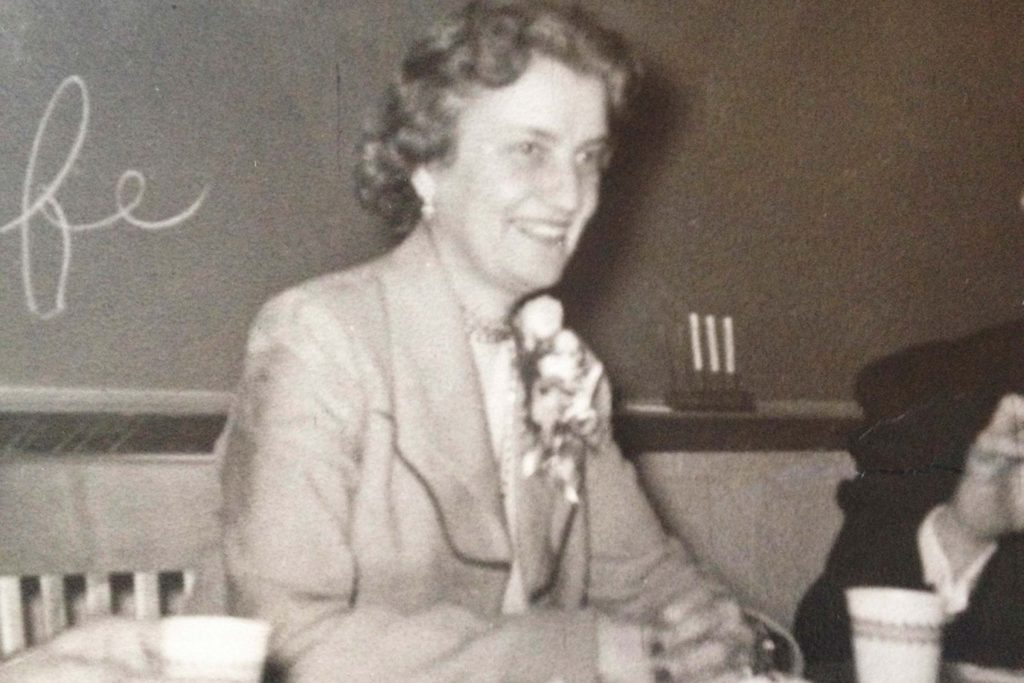 Mildred Webinga Freeman was an English teacher at the new middle school I attended in the ninth grade. She wasn’t my teacher; she was the adviser to the safety patrol on which I served. I loved being around her and enjoyed her sense of humor and kind personality. She was also a good listener.

At the end of the year, she announced that she was moving to Florida, and I was devastated. We exchanged addresses and became pen pals. I could tell her anything, and she treated me with respect even though I was a teenager.

In Florida, Mrs. Freeman became a Realtor, but she managed to find time to write letters, often while “sitting on” a model home awaiting customers. She wrote amusing stories and always took my concerns seriously.

She had given me an open invitation to visit, and I missed her so much. When I wrote to take her up on the offer, she answered, “Get your shoes on and your bags packed! You are welcome anytime!”

I spent three weeks with her in Miami, thrilled to do anything from washing dishes to touring houses with her. Her love of poetry, music, and creative writing encouraged me to pursue these endeavors. One day while hanging sheets on the clothesline, she looked up and said, “You know, the sky is fuel for the soul.” I have never looked at the clouds since without hearing those words.

Two years later she surprised me by attending my high school graduation. Later that year, my family decided to spend Christmas in Florida and I couldn’t wait to see my friend again. When I arrived at her house I had hoped to talk to her about school, but instead she was in a hospital bed in the guest room. She had cancer of the liver, and family members were caring for her. I was in shock.

A month after we got back home, we received a call that Mrs. Freeman had died.

To this day, more than 50 years later, I still see her smile and think about the advice she gave me. Now and then I reread her letters, and I remember the importance of her smile and her friendship.