Morning After: Horses, Bayonets and Debates

Like the 19th century cavalry he referenced in the best and most Tweeted line of the night, President Obama charged 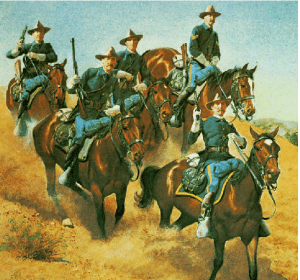 Like the 19th century cavalry he referenced in the best and most Tweeted line of the night, President Obama charged to a clear win in the third and final presidential debate, most polls and observers agreed. His sarcastic reference to “horses and bayonets” was just one of many jabs he aimed at Governor Mitt Romney, who agreed more than he disagreed with Obama’s foreign policy.

The big question is: Will Obama’s victory help him at the polls? As Marc Caputo wrote in the Miami Herald, “Despite the president’s sharper edge, it’s unclear how much this last debate will affect the race — especially in Florida, where at least 800,000 people have already voted by absentee ballots and where polls show a small portion of voters are undecided.”

The numbers aren’t in yet, but the third debate, which had to compete with the seventh game of the National League Championship Series as well as Monday Night Football,  is not expected to match the ratings for the first and second debates, which drew around  67 and 66 million viewers respectively. As this piece suggests, viewers just didn’t seem that interested, despite the unexpected arrival of the cavalry.