The Most Complicated Word in English is Only Three Letters Long

Imagine you’re a dictionary editor. For eight hours a day, five days a week, every week until the heat death of the universe or the day human beings stop speaking English (whichever comes first), it’s your job to ensure that your trusted reference book keeps pace with the relentlessly evolving definitions of our ceaselessly expanding English language. “No sweat,” you think, picking up two boxes of citations for words beginning with the letter R. “Where do I start?” That’s when you realize these boxes of citations, hundreds of scraps of paper showing each word in every possible context, are all for a single word. A three-letter word—the most complicated, multifaceted word in the English language. (These words mean the exact opposite of what you think.) 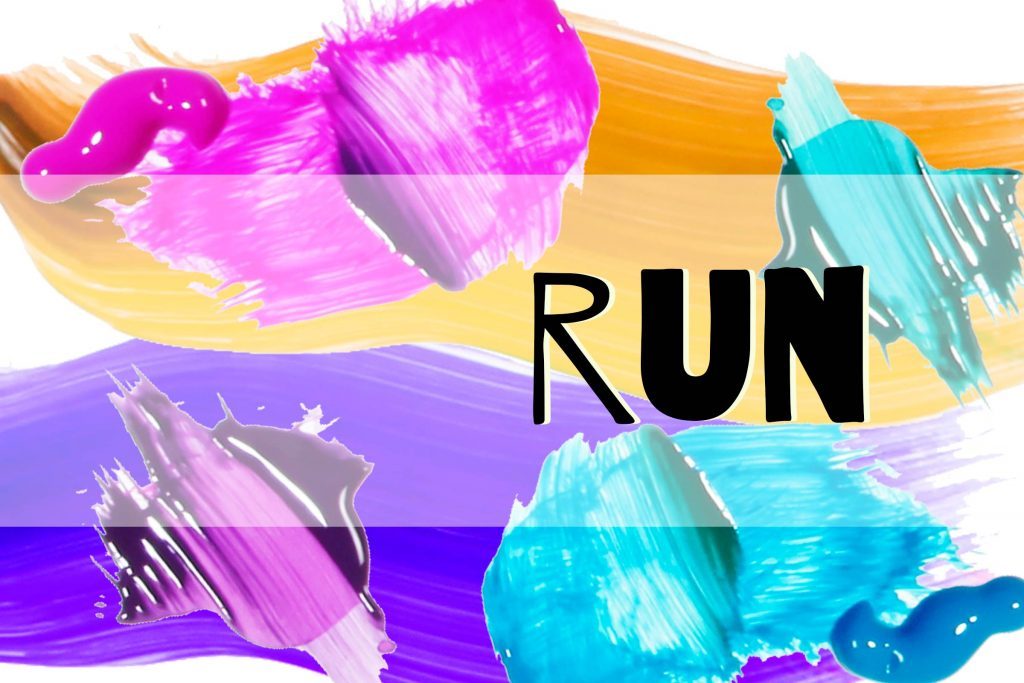 You might think it’s absurd (and maybe it is), but Oxford English Dictionary editors recently revealed that “run” has indeed become the single word with the most potential meanings in all of English, boasting no fewer than 645 different usage cases for the verb form alone. The copious definitions of “run” featured in the OED’s upcoming third edition begin with the obvious, “to go with quick steps on alternate feet,” then proceed to run on for 75 columns of type. This entry, in all its girth, took one professional lexicographer nine months of research to complete. How could three little letters be responsible for so much meaning?

Context is everything. Think about it: When you run a fever, for example, those three letters have a very different meaning than when you run a bath to treat it, or when your bathwater subsequently runs over and drenches your cotton bath runner, forcing you to run out to the store and buy a new one. There, you run up a bill of $85 because besides a rug and some cold medicine, you also need some thread to fix the run in your stockings and some tissue for your runny nose and a carton of milk because you’ve run through your supply at home, and all this makes dread run through your soul because your value-club membership runs out at the end of the month and you’ve already run over your budget on last week’s grocery run when you ran over a nail in the parking lot and now your car won’t even run properly because whatever idiot runs that Walmart apparently lets his custodial staff run amok and you know you’re letting your inner monologue run on and on but, God—you’d do things differently if you ran the world. Maybe you should run for office. (While you’re at, try using some of these words to sound smarter.)

It bears mentioning that “run” didn’t always have the run of the dictionary. When the OED’s first edition came out in 1928 (after 70 years of editorial research), the longest entry belonged to another three-letter juggernaut: “set.” Even today, the print edition of the OED contains some 200 meanings, beginning with “put, lay, or stand (something) in a specified place or position,” and continuing on for about 32 pages.

So what happened? Why is “run” suddenly the Swiss Army Knife of verbs? British author Simon Winchester fancies it “a feature of our more energetic and frantic times,” making words like “set” seem almost stodgy and passive by comparison. ‘Run’ appears to have earned some major lift during the boom of the Industrial Revolution, when all manner of mechanized innovation adopted it as their verb of choice. “Machines run, clocks run, computers run—there are all of those [meanings] which began in the middle of the 19th century,” Winchester says.

So, ready to run through the whole list of definitions? Alas, to read all 645 meanings you’ll have to wait for the next edition of the Oxford English Dictionary. The print run is expected in 2037.