This Is the Most Dangerous Time of Year to Drive

It's not because of bad weather. 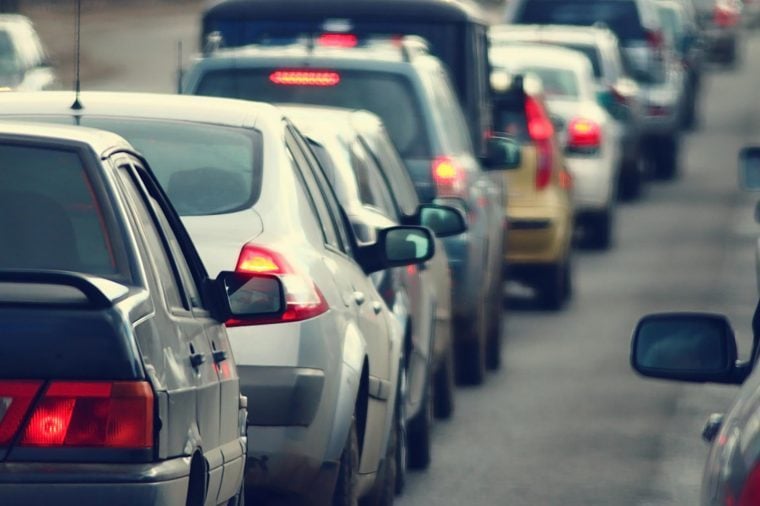 Driving is an inherently dangerous activity all year round, of course, which is why you should never do these 13 things while you drive. But there is a certain time of year, a span of approximately 100 days, when car accidents and resulting injuries are at their highest on average. Regardless of the season, these are the most dangerous countries for drivers.

Your mind might immediately jump to wintertime. Even a light dusting of snow can make roads treacherous, and drivers who do the bare minimum when cleaning ice and snow off their cars can endanger themselves and other drivers. It’s imperative to avoid these winter driving mistakes that put you in danger, but the winter months are actually not the most dangerous time to get behind the wheel. The 100-day span when driving is the most dangerous begins on Memorial Day and ends on Labor Day.

In fact, Memorial Day weekend is especially dangerous, according to DriversEd.com. Part of the danger comes from the sheer volume of drivers on the road: AAA reports that Memorial Day weekend of 2018 saw over 41.5 million drivers on the road in the United States. “According to the NHTSA, traffic fatalities spike over this three-day weekend, with more than 40 percent of those attributed to alcohol,” DriversEd.com reports. If you’re driving on that weekend, make sure you have your wits about you and stay entirely aware of your own vehicle and your surroundings.

And after the weekend ends, the period of higher-than-average vehicle accidents continues through the summer, ending in early September with Labor Day. Part of the reason summer driving conditions are dangerous is likely the fact that it’s the time when the youngest, less experienced drivers are on the road. “Sixteen- to 19-year-olds are more likely to be involved in car accidents than any other age group, according to the Centers for Disease Control,” DriversEd.com reports.

Again, you should make sure to practice safe driving all year round, but make sure you don’t get lax when winter and spring give way to summer—just because the weather is nicer doesn’t mean that there aren’t very real driving dangers. And, unfortunately, the danger also varies depending on where you live. Find out the 15 states in America with the most dangerous drivers.