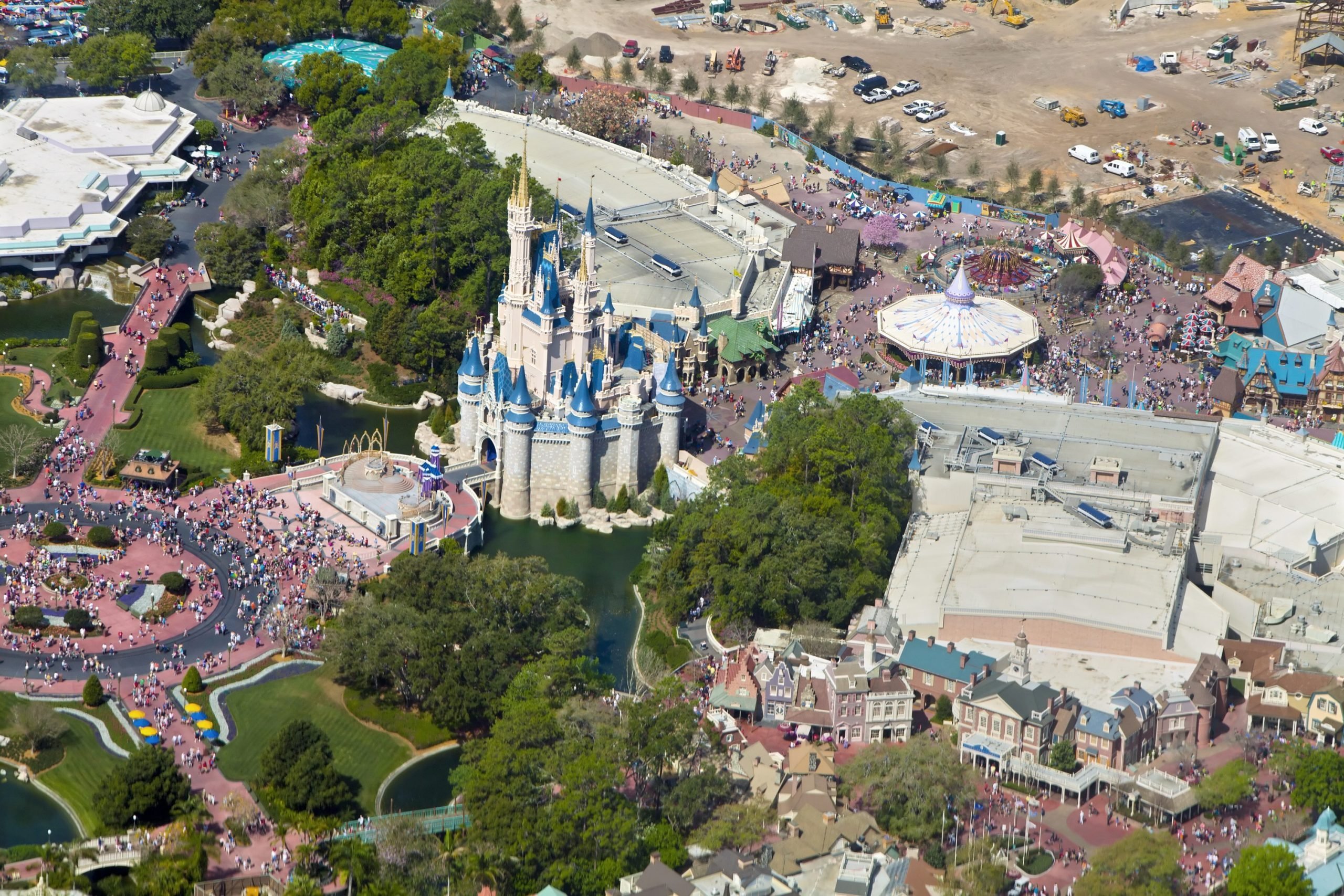 Or the Haunted Mansion, or Pirates of the Caribbean!

The “popularity” of a Disney ride is difficult to quantify. When a technically elaborate, massively publicized new ride, like Star Wars: Rise of the Resistance, debuts, it’s bound to see some huge popularity in terms of wait times. (And we can see why: Get a look at the behind-the-scenes of this incredible ride!) But then there’s the enduring popularity of more “classic” rides that were around when there was only one park, 1955’s Disneyland—rides like Pirates of the Caribbean and The Haunted Mansion that Disney die-hards can’t quit. (Again, we can’t blame them.)

But what is easy to quantify is the ride that has had the most different versions. There’s one Disney ride that has (or has had) a version at every major Disney resort, plus an online version, as well as a version (more or less) in the defunct DisneyQuest arcade. Surprisingly, it’s not one of the rides that’s been around since the beginning. It’s a ride that debuted in 1998. The Disney park ride that’s seen the most different iterations is Buzz Lightyear’s Space Ranger Spin.

You’ll find the original version of this ride in the Magic Kingdom’s Tomorrowland. It’s an interactive dark ride; riders help Buzz Lightyear defend the galaxy from Emperor Zurg and his evil toy-sabotaging army. Each ride vehicle is equipped with a laser blaster for each rider, and guests actually get points based on how many targets they hit. Get the maximum score, 999,999 points—yes, it is possible—and you’ll become the stuff of Disney legend. The elusive top score on Space Ranger Spin is a reality, but find out the truth behind these 12 popular Disney park rumors.

Imagineers created this ride for a couple of reasons. Toward the end of the 1990s, the Magic Kingdom’s Tomorrowland was in desperate need of a new long-term attraction, and Disney saw an opportunity to promote the upcoming Toy Story 2. The film wouldn’t come out until 1999, but, after several lackluster attempts at air travel–themed attractions throughout the 1980s and ’90s, a Tomorrowland update couldn’t wait.

The announcement of the ride was actually met with some serious disapproval. Toy Story had come out in 1995 and seen major success, but Disney park purists were downright scandalized by the idea of a ride based on a film that wasn’t 100 percent Disney. Today, of course, Disney parks are full of attractions based on Pixar films, and Pixar is a subsidiary of Disney. But things were different back then. In 1991, tiny fledgling studio Pixar had sold the rights to their first seven films, including Toy Story, to Disney—but Disney didn’t fully own Pixar, or actively produce content for their films, yet.

Despite the initial outrage, Buzz Lightyear’s Space Ranger Spin was a massive success when it opened in November 1998—and it continued to be successful. It was a simple concept with undeniable widespread appeal. Everyone from kids to their parents to nostalgic twenty-somethings could appreciate the joy of a fun, visually impressive ride mixed with an adrenaline-hyping gaming element. Soon, the ride was more than popular enough to merit new versions for the other Disney parks—and it got them. See if it’s one of the Disney World rides we think every guest should go on twice. 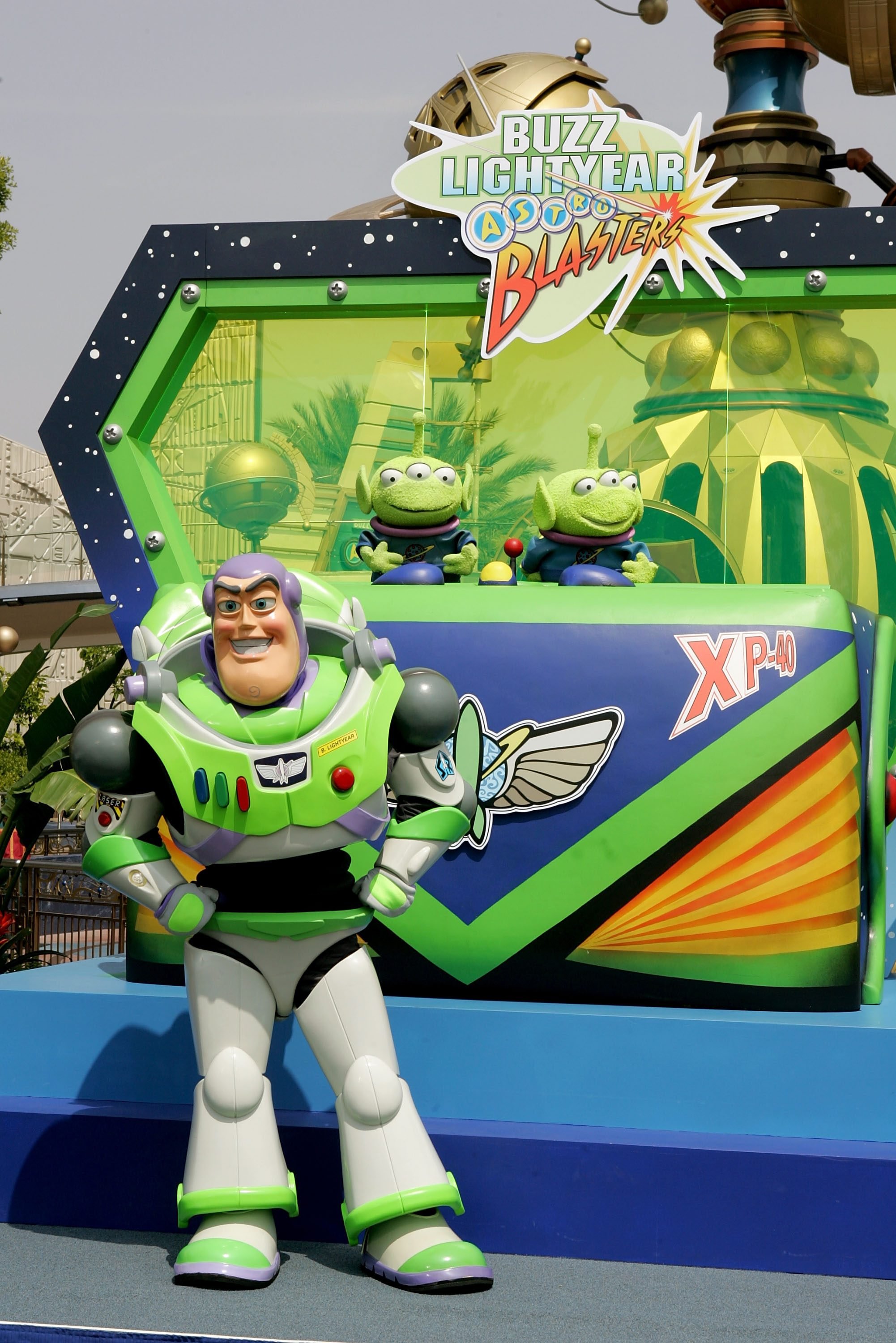 In 2004, five and a half years after the initial opening of the ride, a version called Buzz Lightyear’s Astro Blasters opened in Tokyo Disney. Less than a year after that, the original park, Disneyland, got a version. To promote the Disneyland version of the ride, Disney released an online game version, also in 2005. When Hong Kong Disneyland opened, also in 2005, sure enough, a version of Astro Blasters was there. Buzz Lightyear Laser Blast (different name, same basic ride) opened in Disneyland Paris in 2006. Even DisneyQuest, Disney’s experimental virtual reality arcade that existed in Disney Springs from 1998 to 2017, had a ride called Buzz Lightyear’s Astro Blaster. Granted, it was pretty different—rather than a dark ride, this version featured enclosed bumper cars where riders could launch NERF-style balls at each other.

The most recent version to open was Shanghai Disneyland’s version of the ride, which opened, with the park, in June 2016. Again, it had an alternate name: Buzz Lightyear Planet Rescue. Check out some more awesome rides you can find in the international Disney theme parks.

So, have they all stood the test of time? Well, the DisneyQuest version is gone (as is DisneyQuest, period), and the online game is no longer on Disney’s official site (though savvy Internet gurus have made it downloadable). But the only actual park version that no longer remains is the Hong Kong ride. In 2017, it was re-purposed, opening in 2019 as an Ant-Man and the Wasp–themed attraction.

Of course, 2019 saw the final film in the Toy Story franchise (a whopping 24 years after the first), so it remains to be seen how the ride will fare in a post–Toy Story world. But there’s no denying that the ride has cemented its place as a classic.

There is another ride that could make a claim for being the “most popular” Disney park ride. The original 1955 Disneyland classic Dumbo the Flying Elephant also has versions in all six major Disney resorts. So if you don’t count undeniably-different arcade versions and online play, Dumbo has the same number of iterations as Buzz Lightyear. And some might actually consider Dumbo the winner, since Hong Kong’s Buzz Lightyear ride is no longer operating—but all six versions of Dumbo still are. Neither of those rides, though, is the one ride in Disney World that will never close. 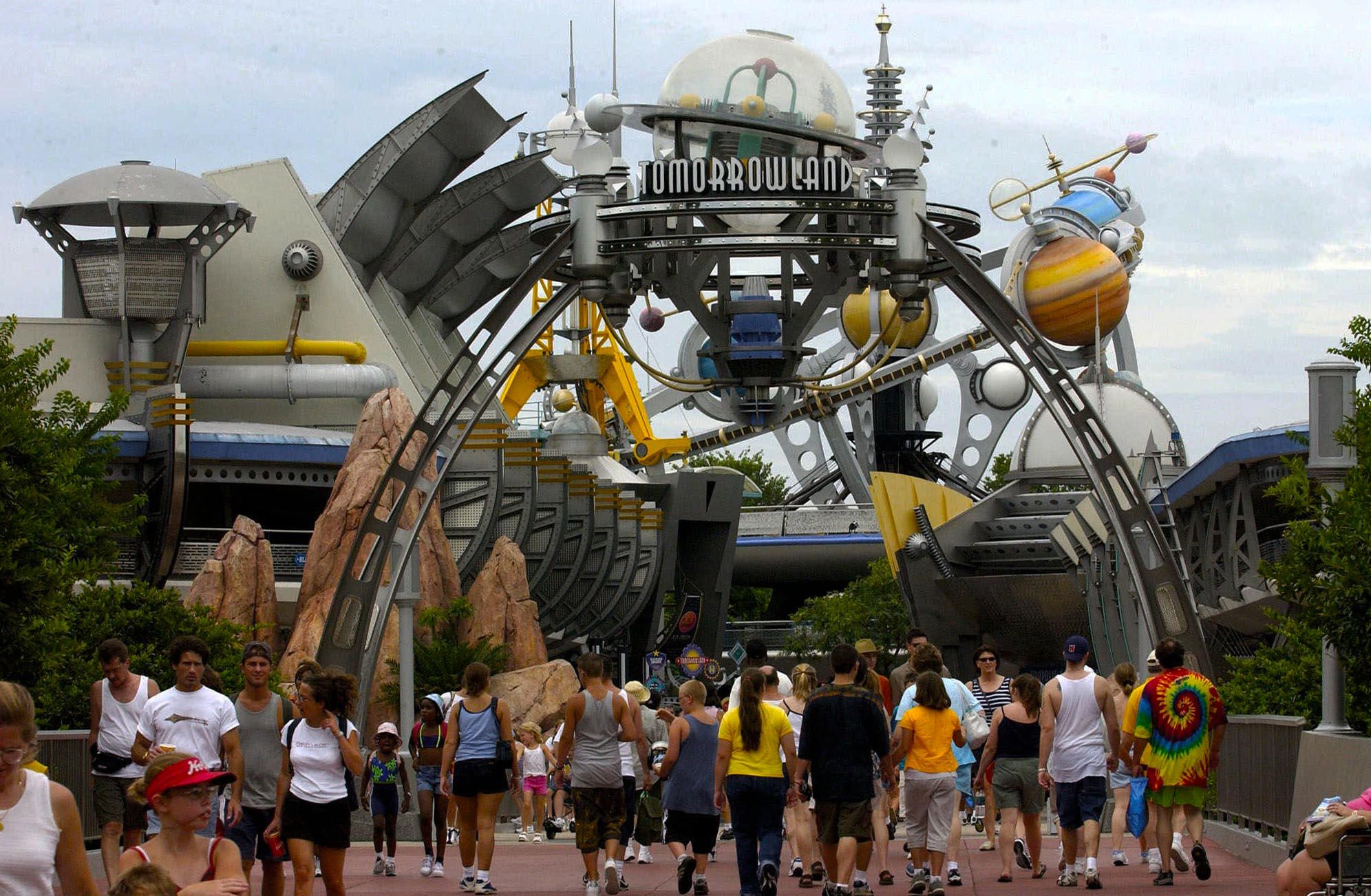 This Is the Longest Ride in Disney World 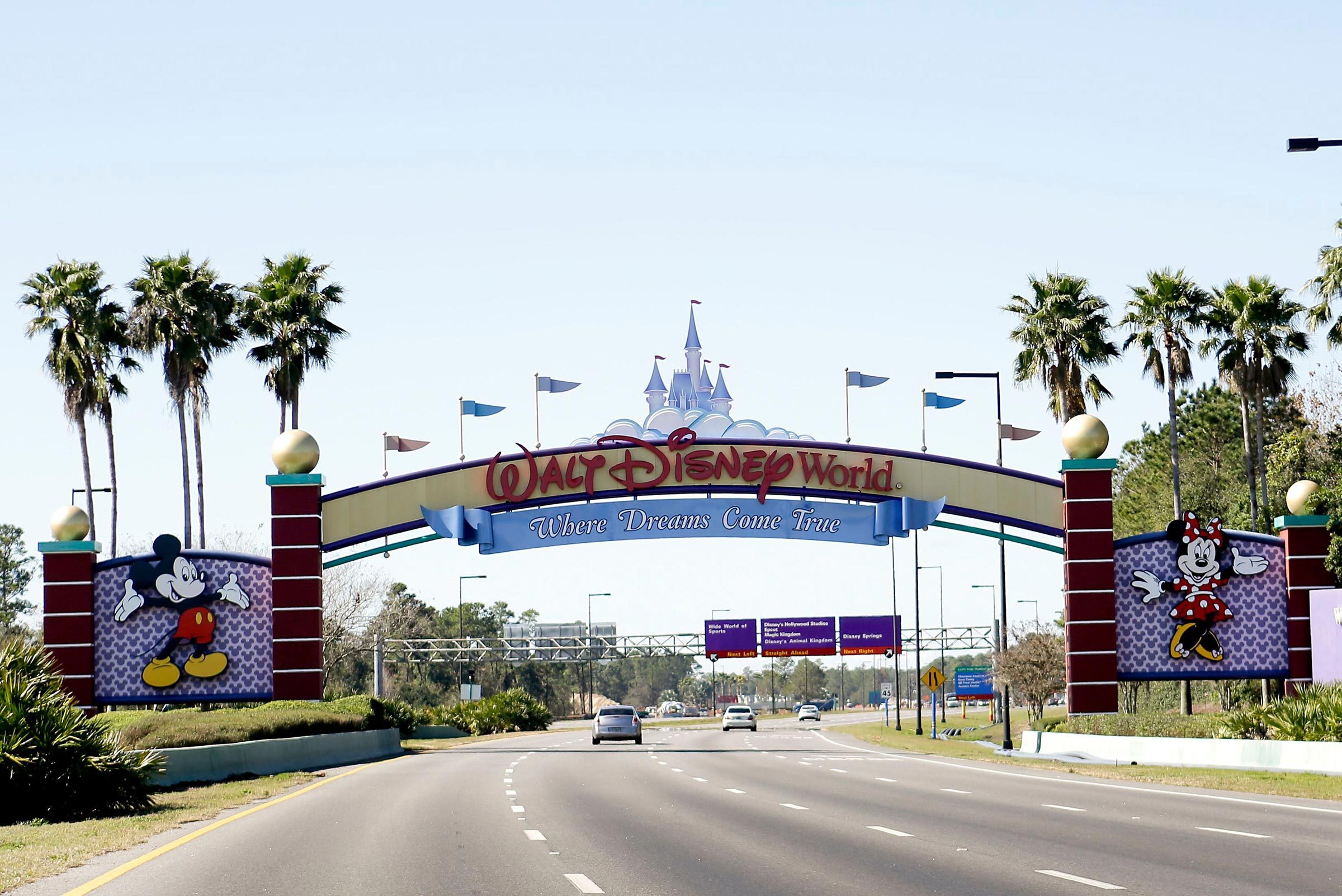 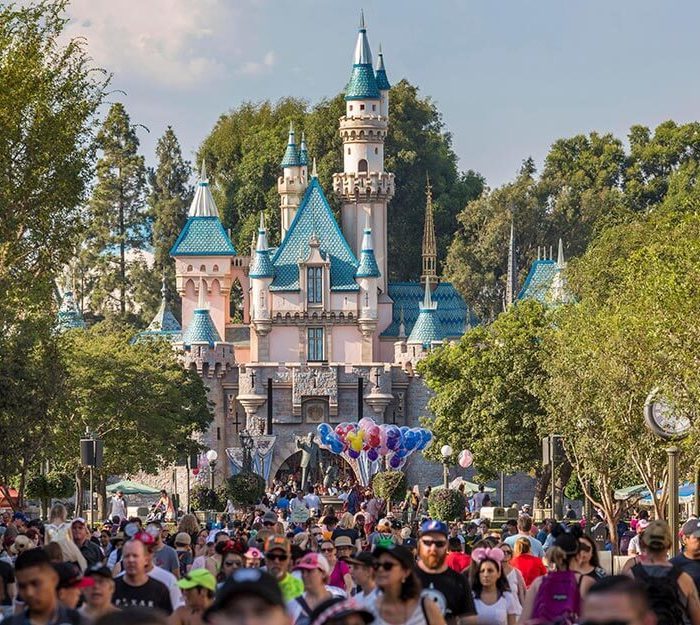 What Disney Employees Won’t Tell You

This Is How Disney World Is Celebrating Halloween This Year