The three-letter word means the same thing in every culture.

If you visit a foreign country where you don’t speak the language, you can bet on some awkward conversations (although there is a way to learn a language without thinking about it). But don’t worry—if the person you’re talking to can’t grasp what you’re trying to say, you’ll probably understand the word they use to tell you that: “Huh.”

In fact, researchers say the word is likely universal.

After analyzing 31 languages derived from 16 distinct language families, linguist N.J. Enfield found that each had a word that sounds like “huh” and means the same thing.

“Time runs by quickly in conversation, and one’s chance to signal that there is a problem can pass quickly,” Enfield writes in his new book How We Talk. “In that situation, you need a syllable that is quick and easy to pronounce. ‘Huh,’ does the job. The particular vowels that ‘huh?’ is restricted to in all languages happen to be the vowels that are most easily pronounced when a person’s tongue is in a relaxed position.” 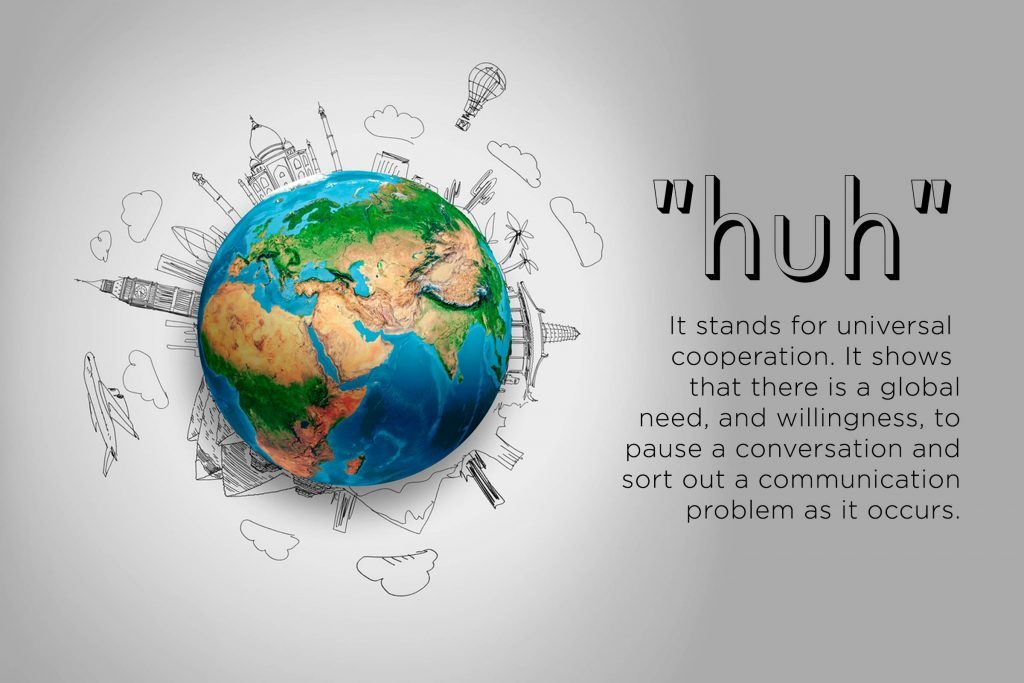 It’s the fact that it’s easy to eek out that makes it so useful, and so universal. “The advantage of the sound of ‘huh’ is that it requires a minimum of motor planning and execution,” he writes. “A person only needs to make a vocal sound with some force, and the sound that will come out is a ‘huh.'”

Still, he rejects the notion—no matter how humorous—that one of the few things all cultures share is a sign of confusion. “‘Huh’ does not stand for universal confusion,” he writes. “It stands for universal cooperation. It shows that there is a global need, and willingness, to pause a conversation and sort out a communication problem as it occurs.”

Still, it doesn’t hurt to become a bit more language savvy. These are the three you want to teach your kid in order to raise a CEO.