These two kittens, Mozzarella and Toast, went through a lot together and are a package deal.

Mozzarella and Toast were both found, separately, on the side of the road as kittens with injuries to their front right legs. No one knows how either got hurt, whether their injuries were inflicted by a car, human, animal, or other accident. But the prognosis for each was amputation. Since the injuries were similar, Mozzarella and Toast received their operations on the same day and were placed in a crate together to recover.

They forged a very close bond during their recovery. Together, they learned how to walk, run, and play as tripods. They also learned to trust and depend on each other for companionship. Mozzarella and Toast became so close that after they were healed and ready for a forever home, they could no longer be separated and were a package deal.

RELATED: This Brave Dog Saved His Rabbit Friend from a Dog Attack 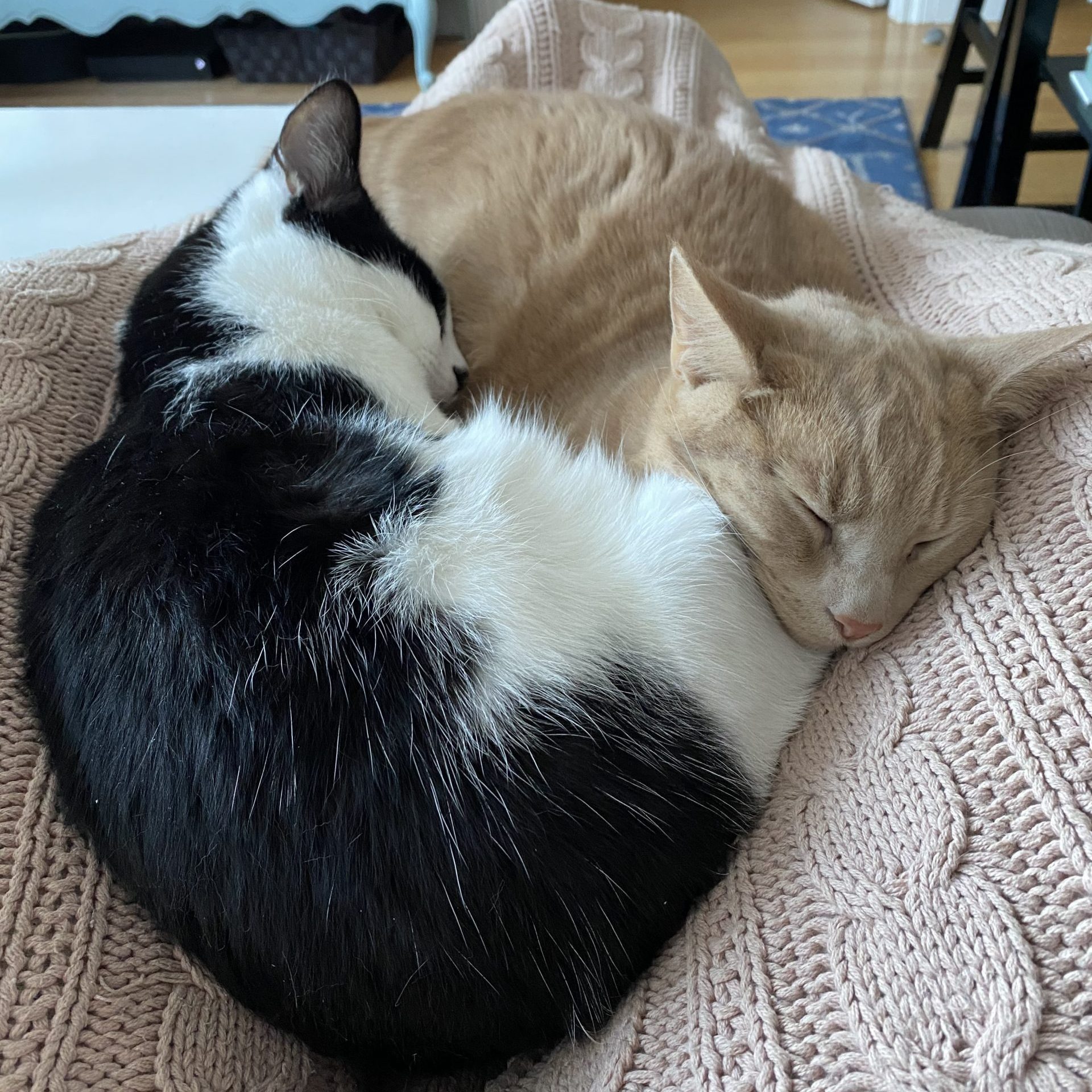 We adopted Mozzarella and Toast when they were six months old. They’ve been enjoying life in New York City, and have been especially enjoying their owners working from home during the pandemic. Last summer, Mozzarella suffered another injury when the bone of his amputated leg began poking through the skin. He had to have it re-amputated, removing the bone up to his shoulder. Toast stuck by his side through the entire recovery. Mozzarella is now happier and healthier and can play with his brother without any discomfort.

Toast is the most outgoing, friendly, and goofy cat there is. He’s never met a person he doesn’t like and demands attention by flopping at their feet. Mozzarella, on the other hand, is timid but incredibly affectionate. He’s a chatty boy whose favorite toy is the cat dancer, which he could play with for hours. They give each other daily baths and have WWE-style wrestling matches every night. Unlike most cats, they are not territorial and share absolutely everything, from toys to food to beds.

Adorable Animal Friendships That Will Fill Your Heart with Happiness

What Are the 12 Days of Christmas and What Do They Mean?