In my family’s desperate hour, my fifth-grade teacher knew just what to do. 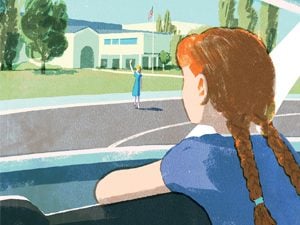 I’M NOT A RELIGIOUS PERSON, by any stretch of the word. I am, however, incredibly spiritual, and if I had to label my beliefs, I would say that kindness is my religion. I have experienced and witnessed many acts of kindness throughout my life; many have affected me so deeply that they’ve helped shape who I am. This is one.

I was three weeks away from turning 11 as I sat at the desk watching the hands on the clock measure the same second over and over, and that’s how I felt—frozen in time. Normally, I would read the book opened on my desk, answer the questions the teacher had, but not on that day. Both Mrs. Clarence, my teacher, and I were waiting for the office attendant to walk through the trailer door of my fifth-grade English class and summon us. My eyes bounced from book to door to stuck clock to teacher. Each second that failed to tick by, I felt more nauseated.

When the door finally opened, I jumped in both my skin and my seat. Mrs. Clarence asked the attendant to watch the class as she pulled a small box from under her desk; the box contained a few of my personal items—a Cabbage Patch doll, an Alf stuffed animal, Dokken and Queensrÿche cassettes—and my brother’s Metallica and Iron Maiden vinyl records. A stockpile of stuff, these were the only items we would be bringing with us as we escaped Texas and my mother’s abusive boyfriend. A difficult feat, as my mother couldn’t leave the house without him chaperoning her every move. I was never sure why no one ever called the cops, even after I confided in Mrs. Clarence about the sexual and physical abuse that was going on in our house, the drugs and alcohol. Maybe she thought my mother would be locked away, and then where would my brother and I be? So instead, my teacher and my mother became coconspirators in planning our escape.

Mrs. Clarence let me bring stuff from the house—only the essentials we couldn’t live without—and our cover was show-and-tell, even though that didn’t exist in the fifth grade. But what did the abusive boyfriend know? The only problem was getting my mother to the school … alone. Mrs. Clarence called our house, posing as the principal, and said my brother had been in a fight, and she wanted an immediate conference with my mom, alone. After the call, all we had to do was wait for her to show up; those were the longest seconds of my life.

When Mrs. Clarence and I walked to the car—the abusive boyfriend’s mother’s powder blue Oldsmobile—my body shook from fear, sorrow, and possibility. Mrs. Clarence wanted to walk me out so she could meet my mother face-to-face and shake her hand. She pulled $20 out of her pocket—the only money she had—and handed it to my mother.

“I only wish it could be more,” she said as she hugged us and said goodbye.

I watched her body shrink and melt out of sight before I looked forward in the car.

Four years later, when I was 14, I was cleaning out the closet my mother and I shared in my grandfather’s house. Tucked among the clothes, pushed to the back of the top shelf, was a shoe box. My curiosity piqued, I opened it to find old school pictures of friends from Texas, notes and letters written in young girls’ hands, and a folded piece of paper, its edges ripped and frayed—written on it in a woman’s hand, the name Mrs. Clarence and a phone number.

I didn’t hesitate; I didn’t ask permission to call long-distance; I simply dialed. As the phone rang, my heart pounded in my chest, my throat constricted. A little voice answered, and somehow my throat relaxed enough so I could speak. I asked for Mrs. Clarence. Without asking who I was, the little girl dropped the phone and called for her mother.

My voice froze for a second, and then it all rushed out.

“Mrs. Clarence, I’m not sure if you’ll remember me, but this is Heather White.”

Silence, except for the sound of screaming kids in the background.

She whispered through tears, “Of course I remember you.”

I swallowed hard so I could speak again. “I just wanted to let you know that I’m OK.”

She said she’d prayed for this call to come. After I thanked her for all she’d done for me, my brother, and my mother, she asked about my everyday life. We talked, we cried, we caught up, and then we said goodbye.

Her number safely inside, I put the shoe box back where I’d found it. I don’t remember if it was a few days, weeks, or months later, but I looked back in the shoe box to get the number so I could call her again, but it was gone. I searched frantically all over the room, but the little frayed, worn piece of paper had disappeared, almost as if I were just supposed to call her once to answer her prayer.

Mrs. Clarence’s kindness saved my life, and I believe that’s the power kindness has. Whether it’s translated into a small act (offering a smile to a stranger, opening a door, or picking up something that was dropped) or a large one (conspiring to save the lives of children), kindness is a force that can influence and change lives. In fact, random acts of kindness have the power to change the world.

Heather Leah Huddleston is a freelance writer and editor who lives in Baltimore. 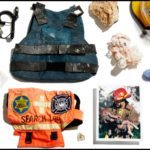 25 Years After the Oklahoma City Bombing, the Stories of Rescue Will Still Bring You to Tears