When a mountain collapsed on a small Washington town, he was told to stay away. Luckily, he refused. 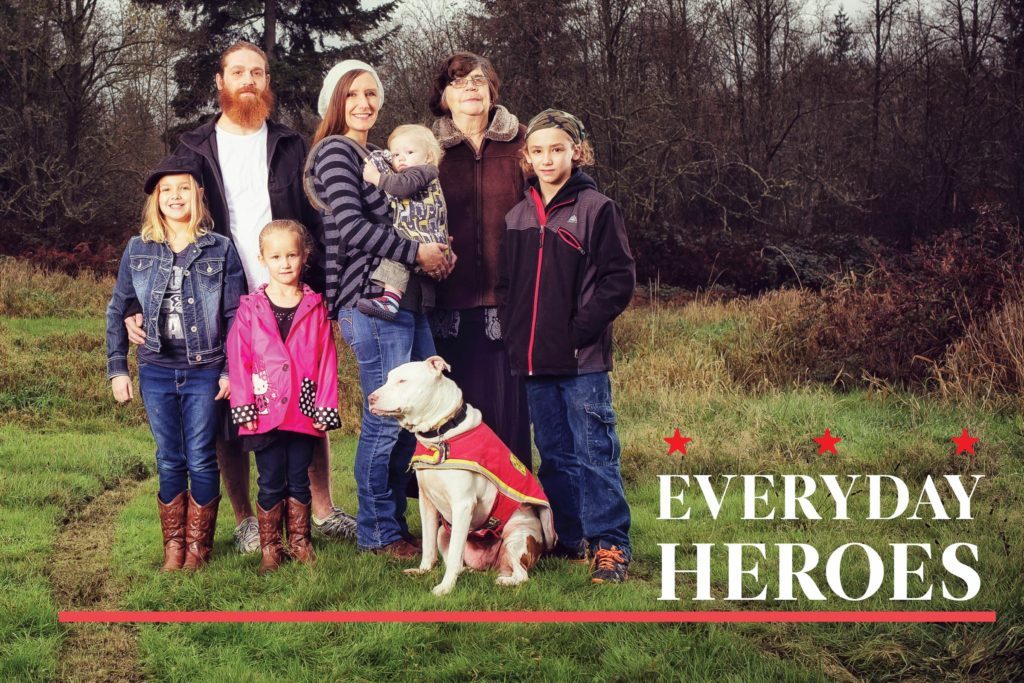 Geo Rittenmyer for Reader’s DigestWinter and spring are always soggy in northwest Washington State. But this time the clouds outdid themselves, soaking the town of Oso with twice the usual rainfall.

So when the sun at last shone on Saturday, March 22, 2014, LoAnna and Kris Langton’s three older kids ran outside to play with friends. Inside, LoAnna, 30, nursed their youngest, four-month-old Kristian, while her mom and great-aunt sat on the couch. Suddenly LoAnna heard a sound—like the roar of a jet. The lights began to flicker. She rushed outside in time to see a half-mile-wide tsunami of churning mud, sand, and debris thundering down the hill toward them, knocking over hundreds of towering conifers like so many toothpicks. (If you get caught in a medical or natural disaster, these mnemonic devices could save a life.)

LoAnna gathered everyone into the bedroom farthest from the falling hillside, where they huddled and waited, perhaps to die.

Kris, a 31-year-old carpenter, and his father-in-law were hauling trash to the dump when they got a hysterical call from LoAnna. The mountain had fallen, she cried. Houses had been swept away. He got the gist: landslide. The men sped back toward Highway 530 and home.

But traffic on 530 had come to a halt. The highway and everything on both sides of it were covered with a thick stew of sand, clay, snapped trees, and chunks of what used to be homes. A roof sat in the middle of what had been the road.

Kris jumped out of the truck and ran along the highway. Officers shouted for him to stop. “If you want to stop me, you’ll have to tase me,” Kris hollered as he kept going. Almost immediately, the mud came up to his knees.

After shimmying across a fallen tree and stepping over logs and pieces of drywall, he heard a woman scream for help. As he followed the sound through mud that was now waist-high, air bubbles popped in the muck. The river was rising under the mud. Soon he had to belly crawl over the shattered remnants of houses to reach the source of the cries, about 100 yards from the road. (These essential survival skills can get you through any emergency.)

At first, all he could see was an arm reaching up through the debris. He pulled away some smaller branches and a sofa cushion, and there she was, a dark-haired young woman buried under pieces of walls, furniture, and trees. Her head was bloody and gashed. One eye socket was damaged. A huge laceration stretched across one arm. And she was holding a baby boy. The baby wasn’t looking good, and the mother said she couldn’t feel her own legs. Kris kept her talking while he pulled away the wood, metal, and furniture springs trapping mother and child.

At last, he was able to free the baby. By this time, other citizens had made it to the site. Pulling off his sweatshirt, Kris turned it inside out and wrapped the baby inside. He handed him to one of the men, Kody Wesson, and went back to digging out the mother.

Wesson passed the baby to another man, who passed him to another, and so on until he reached a paramedic. The child had stopped breathing, but a few quick CPR compressions brought a hearty cry. A helicopter whisked the baby away.

With others now taking the lead on freeing the woman, Kris moved on. He was still a mile from home. 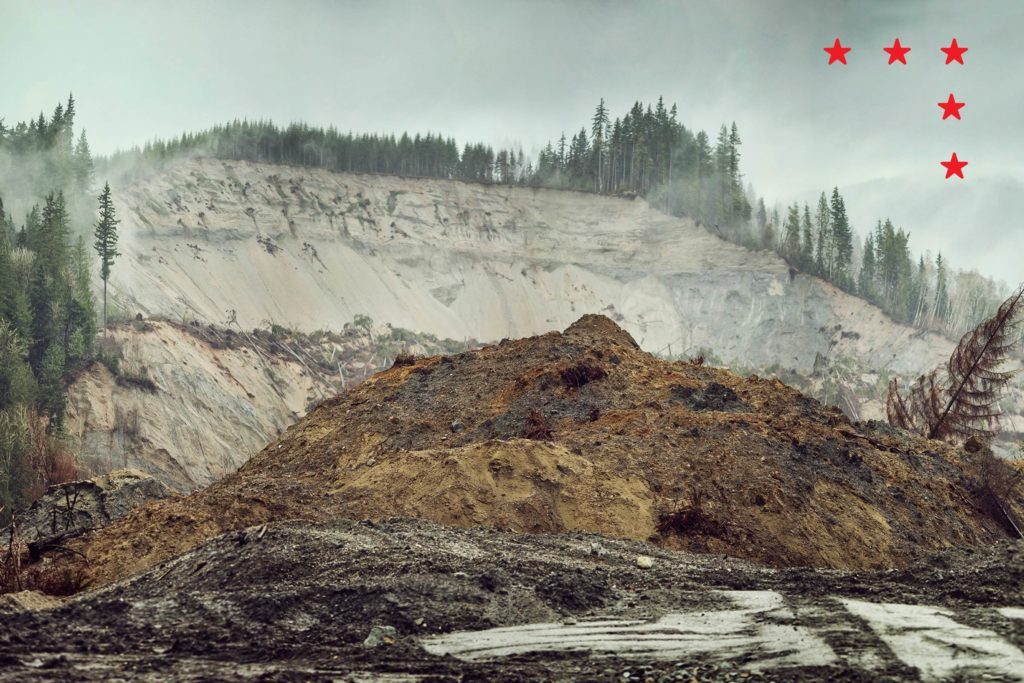 Wading again through a landscape turned upside down, Kris saw two houses that had collided up ahead. One was now just half a house, lying on its side. He heard a moan coming from the ruins. Stepping toward the house, he sank into clay up to his shoulder blades. His arms and legs immobilized, he was sure this was the end. But he managed to slowly wriggle his way out of the mud and continued toward the wrecked structure. He found an older man in the rubble, buried in house debris and tree limbs. He was at least twice Kris’s weight, and he’d probably been in the shower; he had not a stitch on him and was solidly wedged. He’d have to wait for more help.

Meanwhile, Kris heard another man moaning from the remnants of the second house. Following the sound to its source, Kris pulled away a microwave, shattered walls, and spare tires, but the man was buried too deeply for Kris to see him.

Hearing helicopter rotors above, Kris climbed up on the roof, met a member of the search-and-rescue team, and led him to the wedged-in man. Then he headed back to work on freeing the second man. He uncovered a thigh, a foot. He kept digging until he could turn the man over. “His face was covered with dishrags soaked with blood,” says Kris. “The backs of his hands were peeled back.” Once the rest of the heli­copter crew arrived, it was time for Kris to find his family.

Hours later, Kris finally reached home. It was flooded, but the mud had stopped just shy of the house. His truck was gone, as were LoAnna and the others. He checked cars and houses nearby for survivors, then walked back toward Highway 530 through rising water and hitched a ride to the search-and-rescue team’s ad hoc command center.

Not long after he arrived, the carpenter saw his truck coming down the road. LoAnna pulled over, leaped out, and ran to him. He folded her into his arms and hugged her close. Softly, he spoke. “Let’s go home, LoAnna. I’ve seen too much. Take me home.”

Over the next several weeks, 43 bodies were recovered. Just nine survivors were pulled from the mud, all of them on that day. Kris was recognized by the Red Cross for his heroics.